Phungo 5 with Thoughts and Sox

The May 2010 Interleague weekend is upon us and the Phils and Bosox meet yet again in what has become an almost annual ritual for the two teams. Today we are chatting with Adam from Thoughts and Sox.

1) Do the Yanks an Red Sox take up to much time out of the box between pitches?

It depends. In a regular game no, because with the players on the two teams every at bat is a potential game changer. However, if Joe Morgan is announcing than yes they take too long because it gives him more time to talk and there is nothing worse in baseball than to having to hear Joe Morgan’s nonsense. (except a Yankee win)

2) The Phillies and Red Sox play each other almost every yr does it feel like a rivalry to you?

Not really. Because, between the Yankees and Rays we are all rivalried out.

Not pulling any punchers are you? There is only one of those that I think should be retired. The Red Sox have a rule that a player has to have spent a large amount of time with the team, be a member of the HOF, and retire with the club before their jersey can be retired. They broke the rule for Pesky but he is more than just a player on the team he has been an icon of the team for over 50 years. I don’t think that they should break the rule for anyone else. At least not for any of those guys. So if Pedro signs a one day contract as a Red Sox or takes an office position I think he should be the only one. I don’t think Nomar should even make the hall. 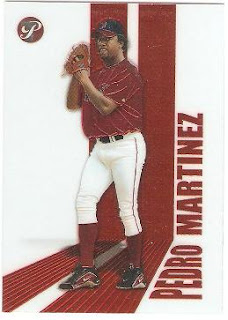 4) are the Red Sox buyers or sellers come deadline time in 2010?

Another rough one. There is still a lot of season left but it isn’t looking good. I wish they were in the position to be buyers but I’m not thinking it will happen. The only one I see getting traded though is Papelbon. Him going could just be wishful thinking though. Hottest guy at the trade deadline will be Even Meek of the Pirates. (write that down, Even Meek…)

Ahh, DH. If you don’t have a DH than you are one of those teams over in the minors/National League. You’ll see what I mean come interleague… That will be our chance to get back over .500.

For a previous Phungo 5 with Thorzul Will Rule click here.

I knew you wee not going to agree with me on that DH one..