We are coming up on the end of the Year and if you have been paying attention, I have been nominating different cards for Pull and Junk of the Month - please save the Pulling your Junk jokes for your own blog..

And I would like to enlist the help of Phungo Readers in Picking Pull and Junk for 2010.  I plan on breaking this years picks down by quarters and having a playoff - March Madness style sort of.

October Pull of the Month 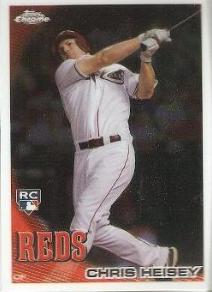 2010 Topps Chrome #192 Chris Heisey
Heisey is from back home area and Team Phungo has been keeping an tabs on him. 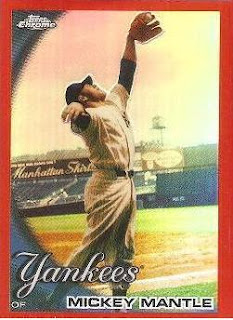 October Junk of the Month 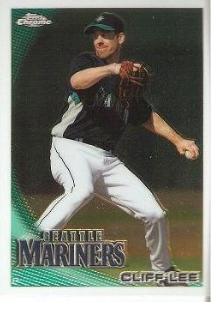 2010 Topps Chrome #40 Cliff Lee
Nothing against Lee and this is actually a fine card and photo, but well there is no real reason to commemorate his very exciting 13 games with the Mariners.  That and the one time I made a special trip to Baltimore to see Lee shut down the hapless Orioles he got lit up for four dingers.

November Pull of the Month 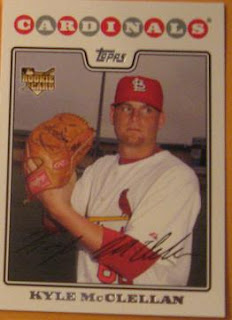 More on this later - it should suffice to say there is a reason this isn't a scan but that I was very happy to pull this card.

November Junk of the Month 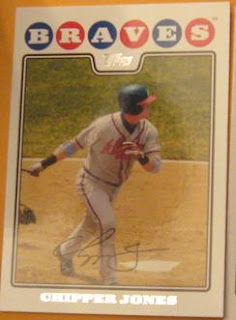 This is another nothing against the player post - ok not much against Larry except how he always finds away to beat the Phils.   But this is just another example of Topps garbage Photography from 2008 Topps.  They really mailed the pictures in on this one - was this picture taken from the back of a section down the first base line or something.

Well if you guessed I only opened one pack each of the last 2 months you would be correct.

Be back with Pull n Junk 2010 Playoffs in a little bit.