The Team Phungo trip to SafeCo field in Seattle went pretty well.  Seattle is a little out of the way from our Philadelphia base, but we had the opportunity to include the game in a trip to the Pacific Northwest and were happy to make the extra stop.

The hometoown Mariners lost the game 6-4 to a Detroit Tigers squad which sent out their ace Justin Verlander.  Former Phil Kevin Millwood took the mound for Seattle. The Tigers got to Millwood early getting 5 runs in the first 2 innings.  Verlander wasn't overpowering - but pitched well despite having issues with the plate umpire - Jim Leyland's disagreements with the umpiring crew got him ejected from the contest early in the game.  Verlander only went 6 innings, he was over 100 pitches and still hit 97 on the gun. 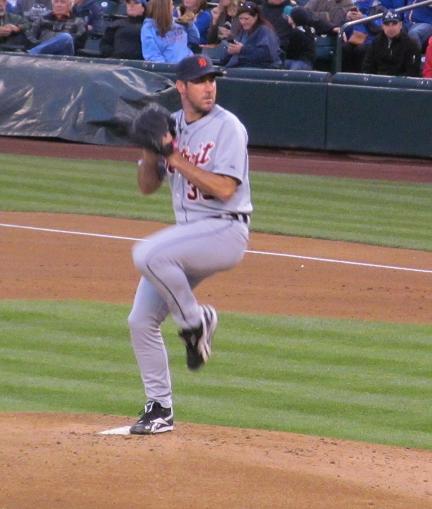 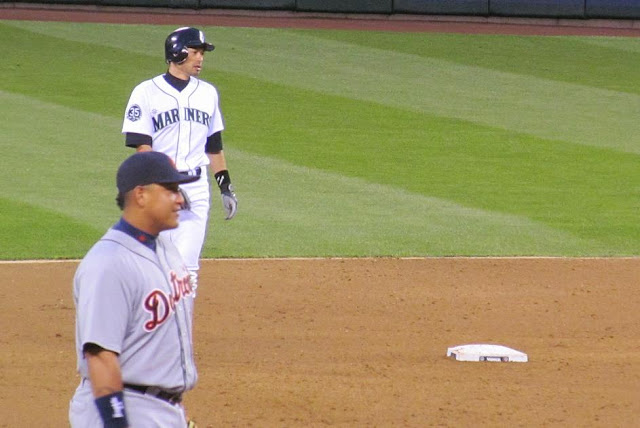 Miguel Cabrera (fore), Ichiro
The Mariners don't make it to our area often, and this may be the last time I see Mr Suzuki play live.  Ichiro was able to get one of the 7 hits that Verlander allowed to the Mariners. 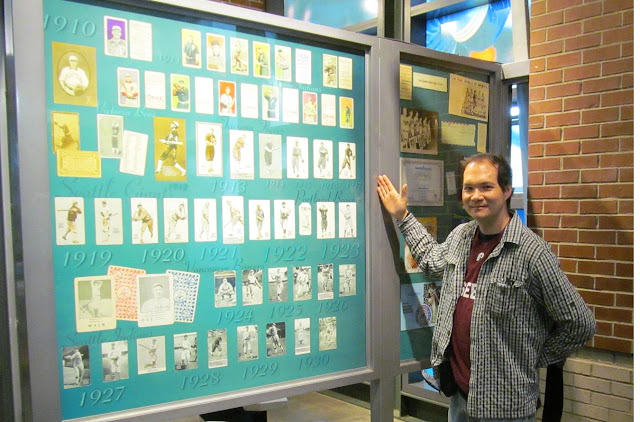 The Mariners have struggled the last few years was evidenced by their modest draw on a chilly Tuesday night, but even if the team isn't doing well, they have a lot of nice things for fans to check out like this Display of Seattle related baseball cards.

There is a Mariners Hall of Fame, and several other cool features at the stadium.  Insane food selections are featured at the park as well as a pre-game happy hour.  Another nicety at Safeco is that they have free re-entry as long as you scan your ticket when you leave.
. 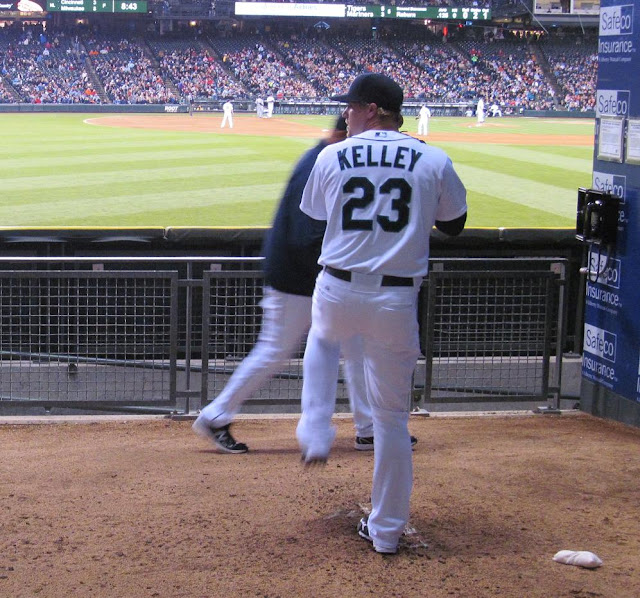 Another nice feature of SafeCo is how close you can get to the field, especially in the bullpen areas.  This is how Mr Kelley appears when warming up prior to giving up a mamoth Home Run to Prince Fielder.