First 2015T purchase was at my local big box. I picked up what has been my traditional first purchase the last couple of years: Three 12 card packs for $1.99 each plus one hanger pack $9.99 (72 Cards).

I believe this is the same prices as a year ago.

This is just a quick look at a couple of cards from the bounty. 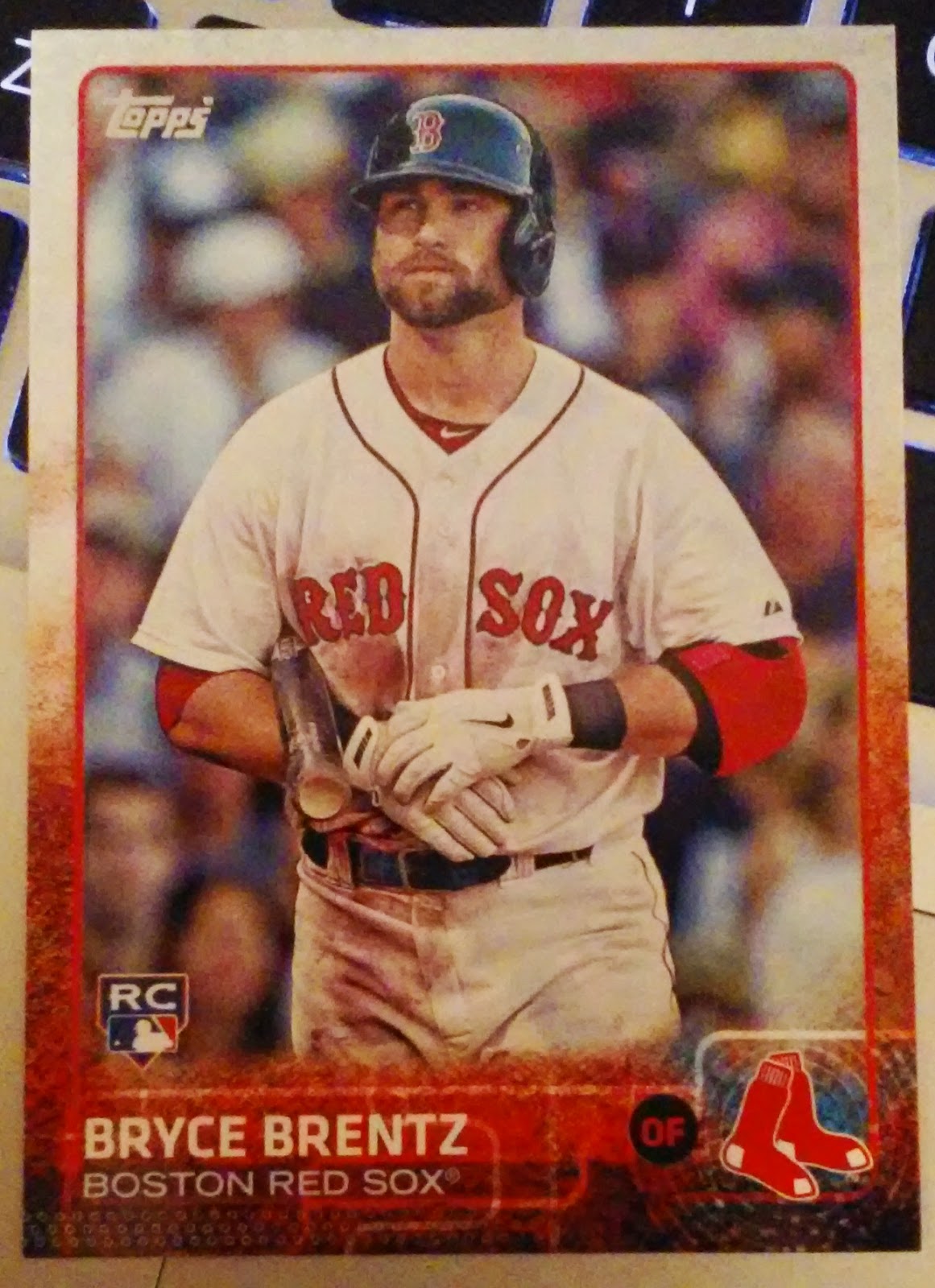 A prospect in the Red Sox organization, I am familiar with him from seeing him play at the 2013 AA All-Star game in Reading 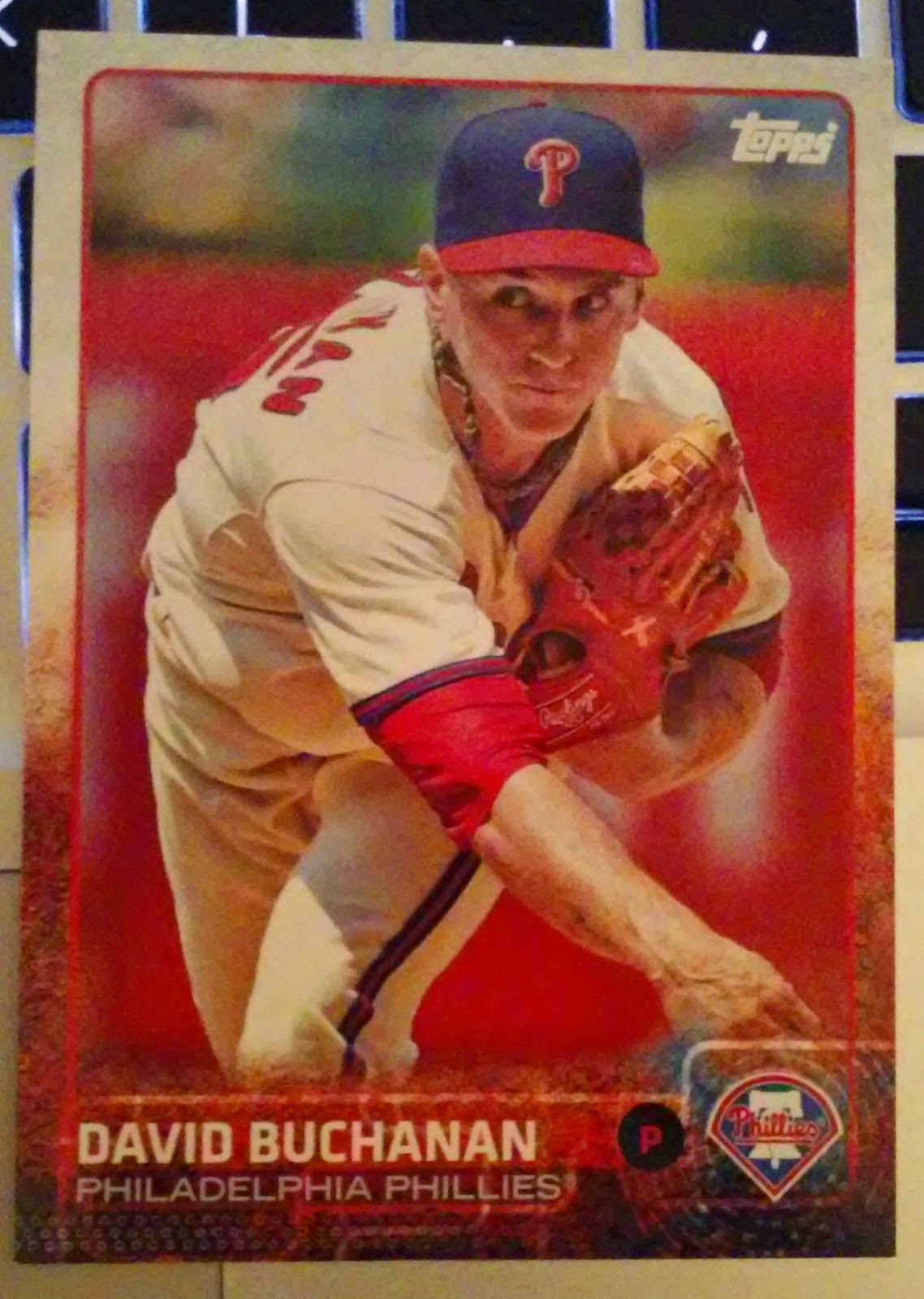 The first Phillies card of the year was of David Buchanan who will likely be a back end of the rotation starter this season.

Almost at the same time I found the above Buchanan card, my assistant Ms Phungo found this card. 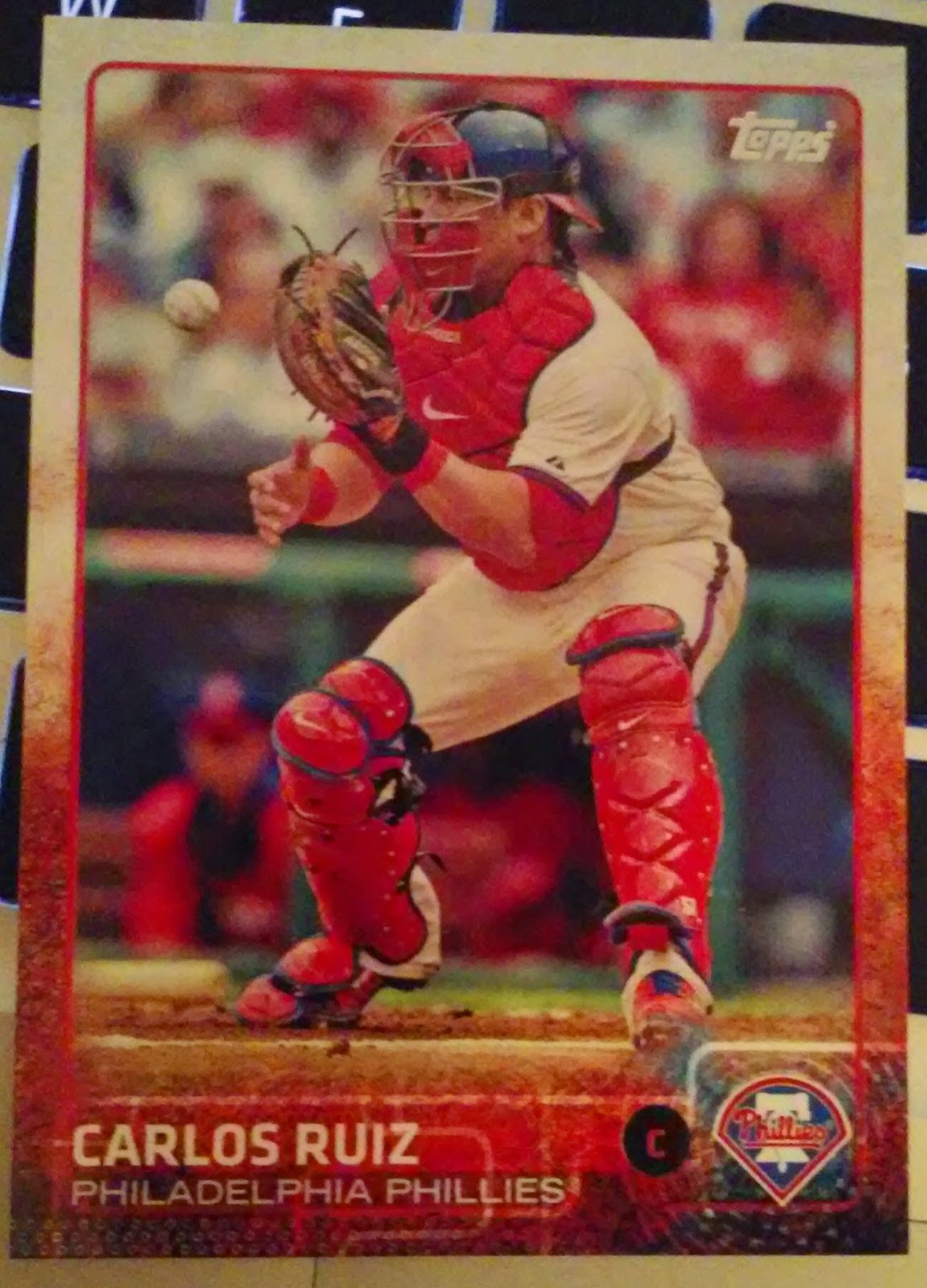 CHOOOOOCH! The man who Buchanan will be pitching to this season. Good looking card, action preceding a play at the plate. 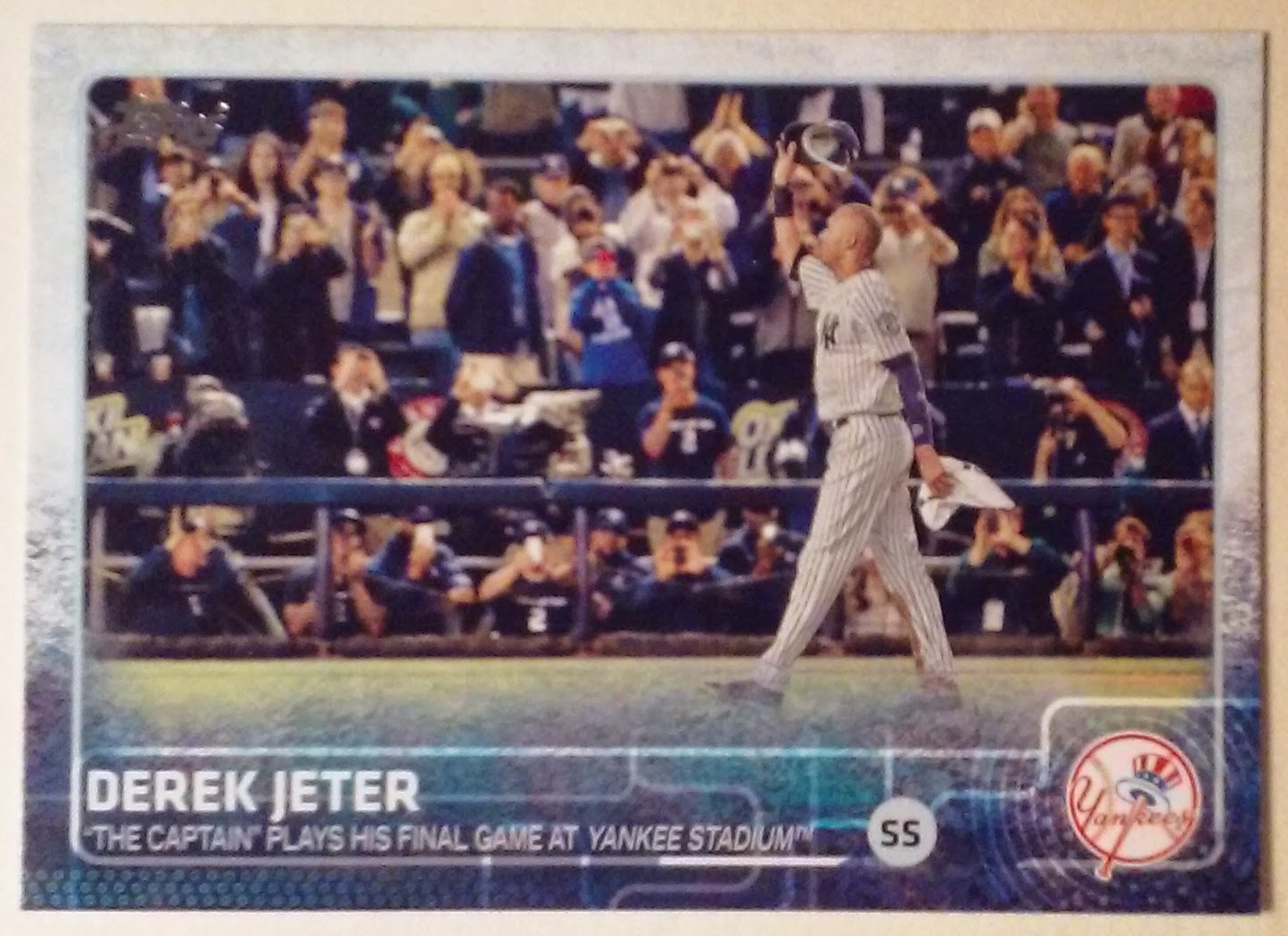 There was a bit of a twitter kerfuffle over Derek Jeter being on Card #1 of 2015T. I didn't get it, he is an iconic player why not card 1. This however is not card 1 this is a checklist that falls later in the set. 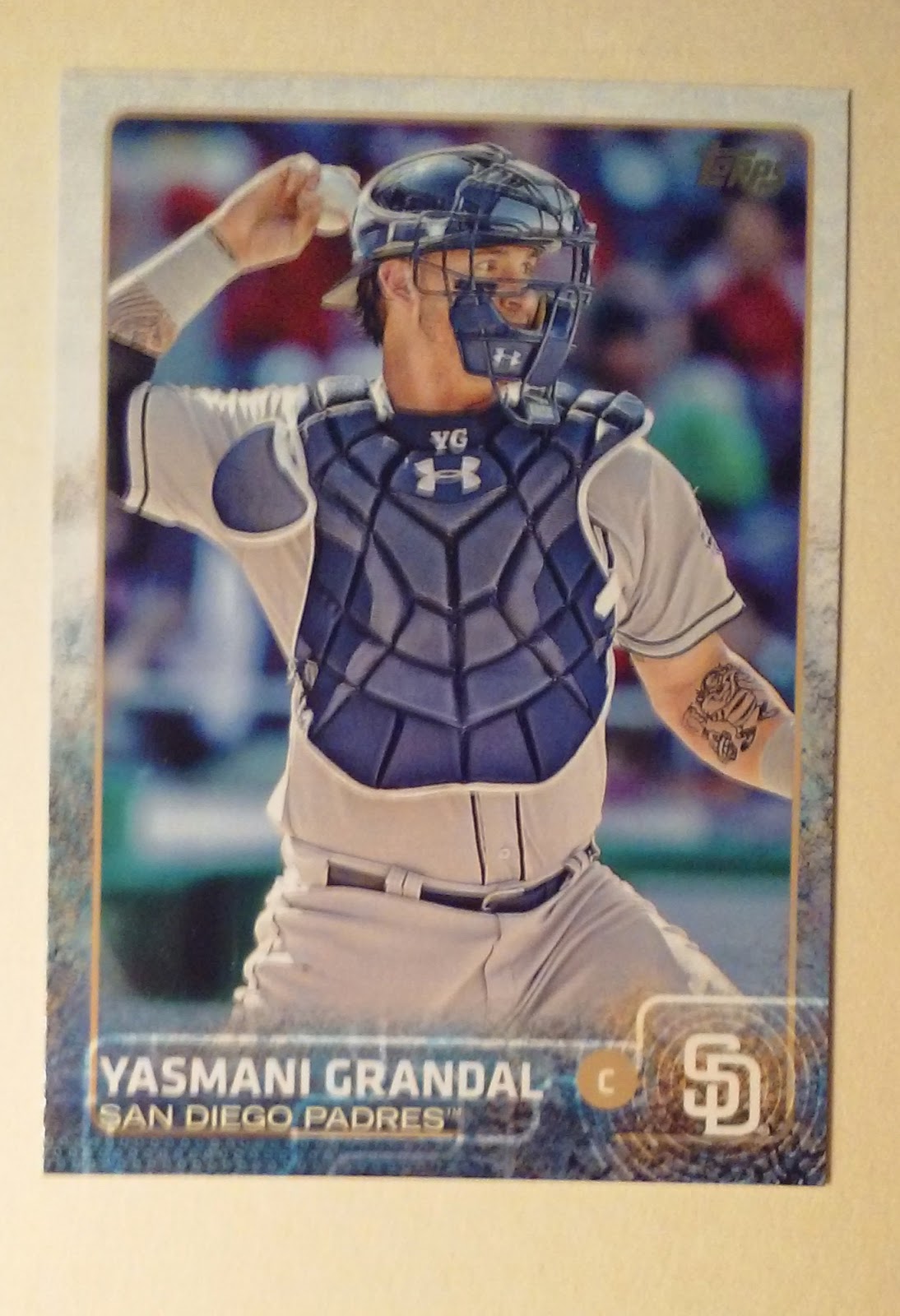 There is some great photography in Topps the last couple of years. I think the tattoo Grandal is sporting is a Tazmanian Devil in catchers gear. If it is, I have total respect for the man. 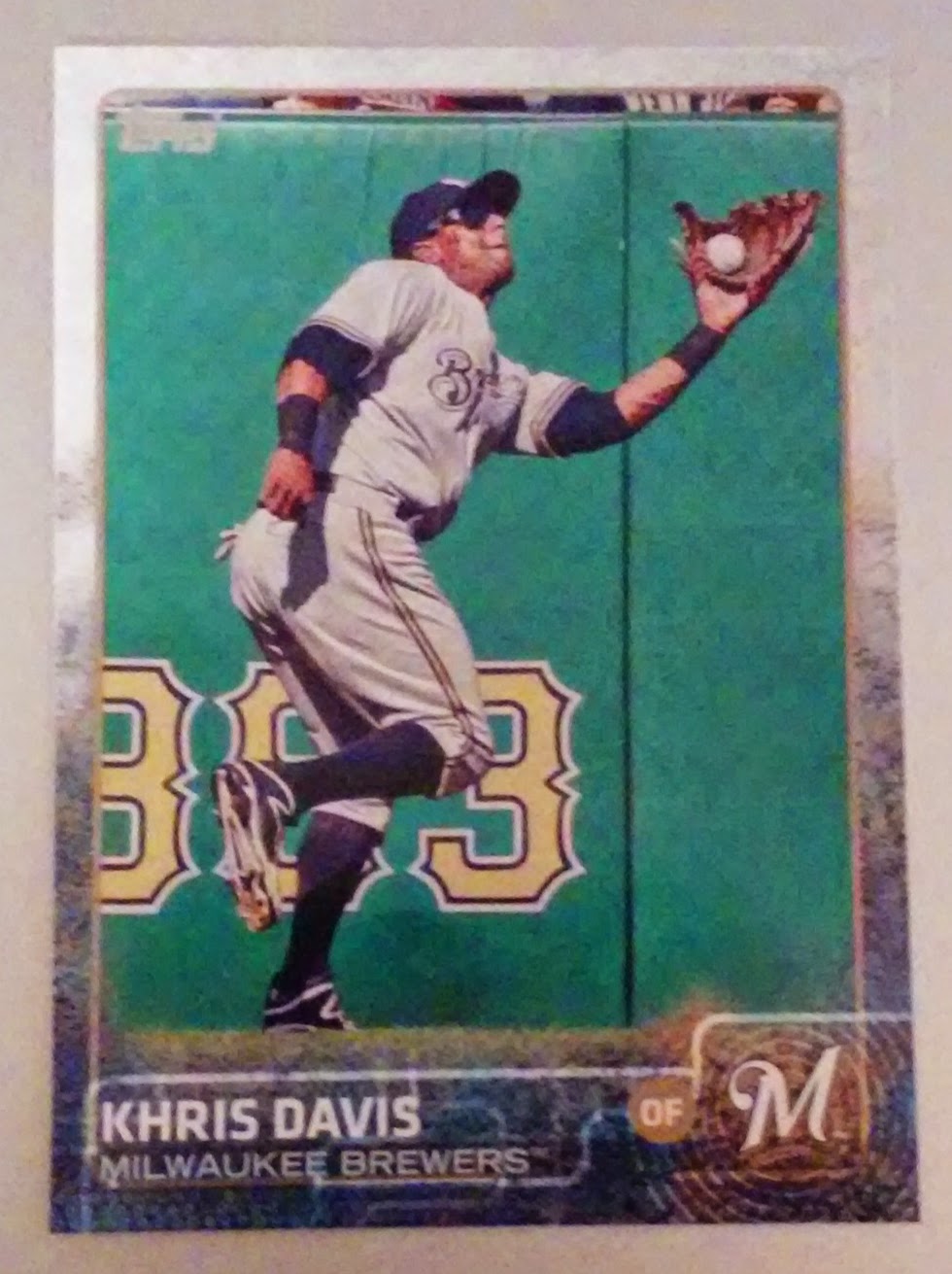 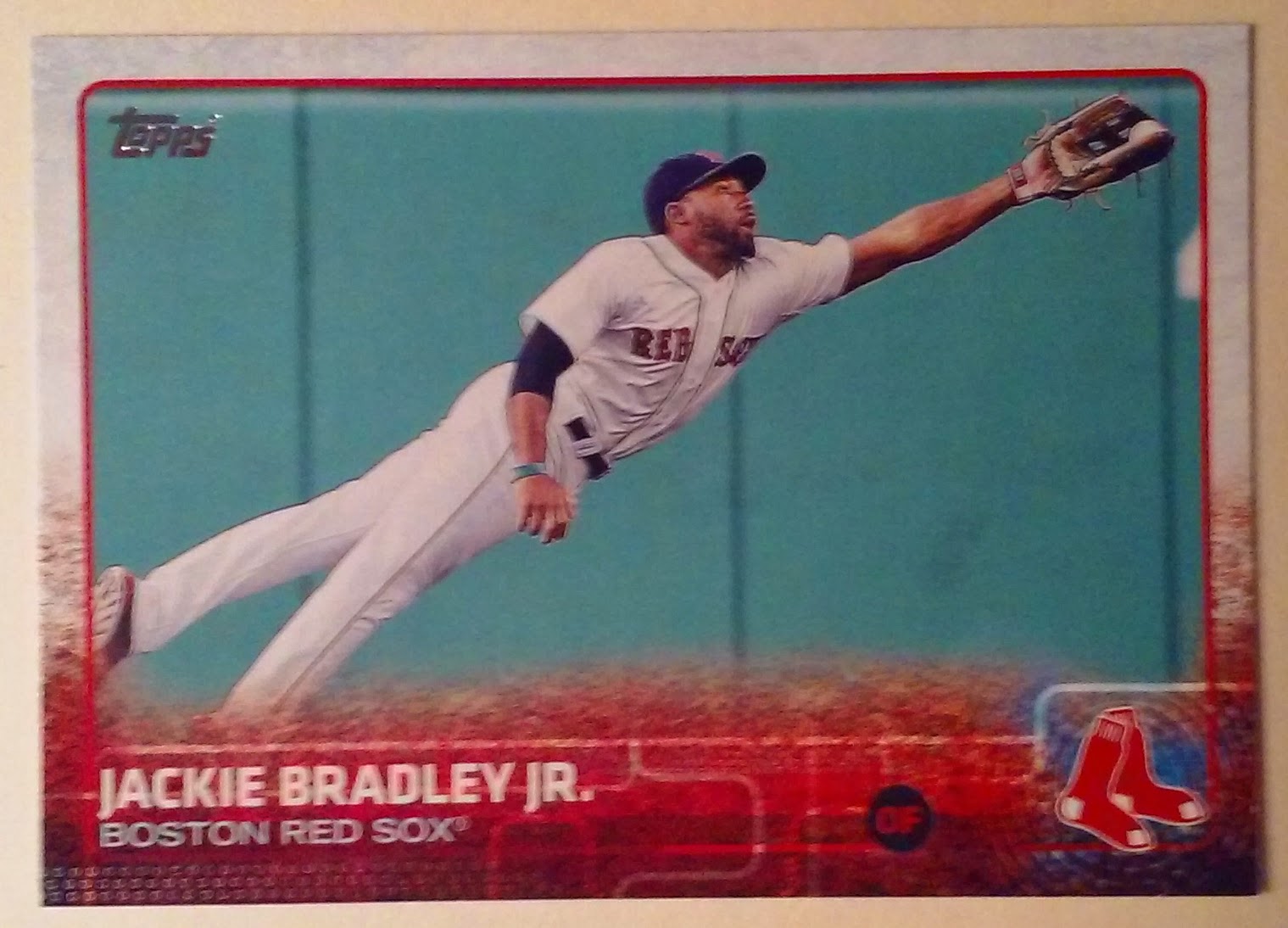 I love this. Corner to Corner for Jackie Bradley Jr 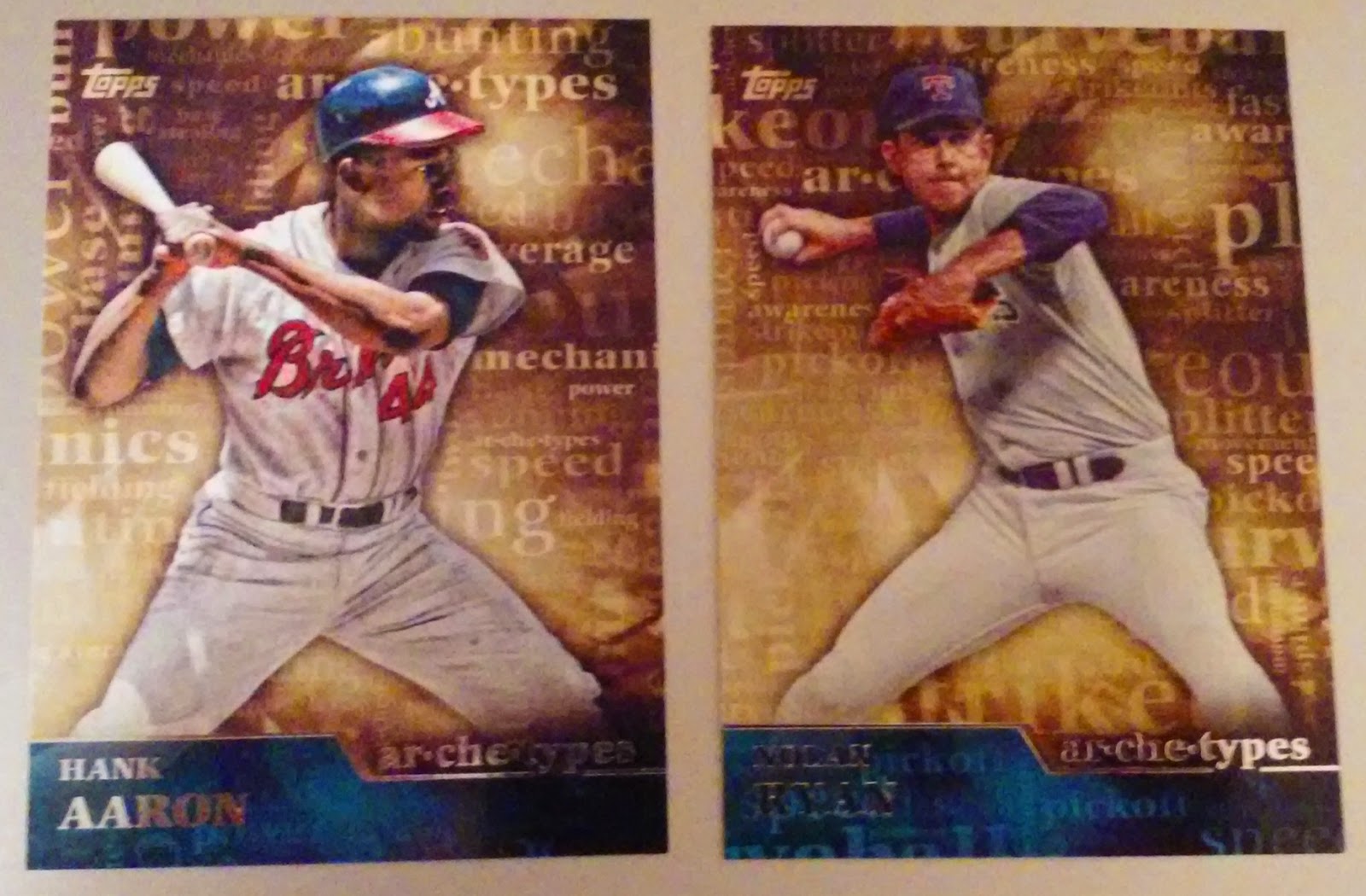 I didn't really look into the inserts, just posting some quick pix. 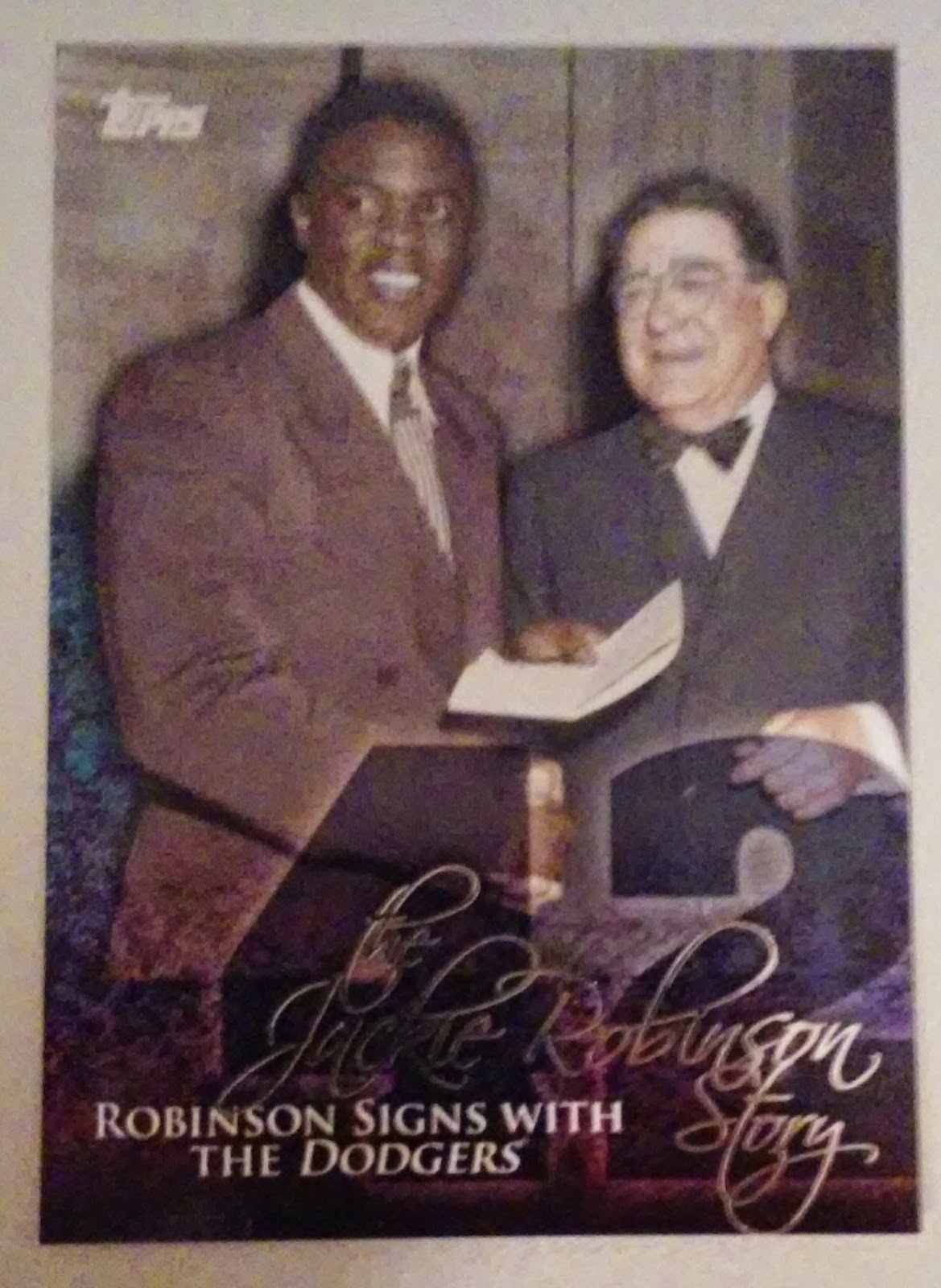 The Jackie Robinson card is from a special insert set produced for Target. It appears this replaces the red parallel cards. 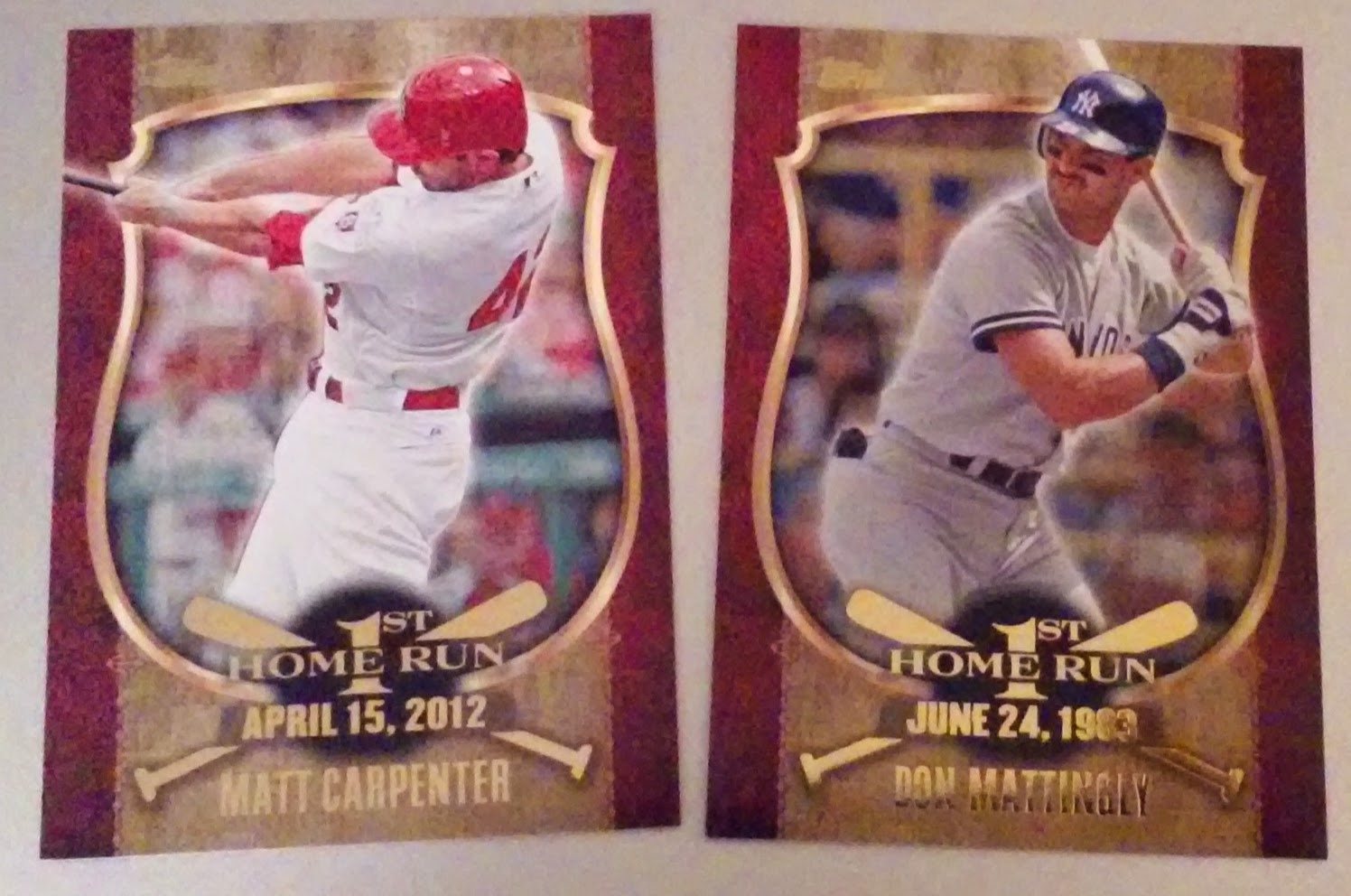 These two cards were at the end of the Hanger pack, I think they are a regular insert. Cool idea to honor different players first homers. 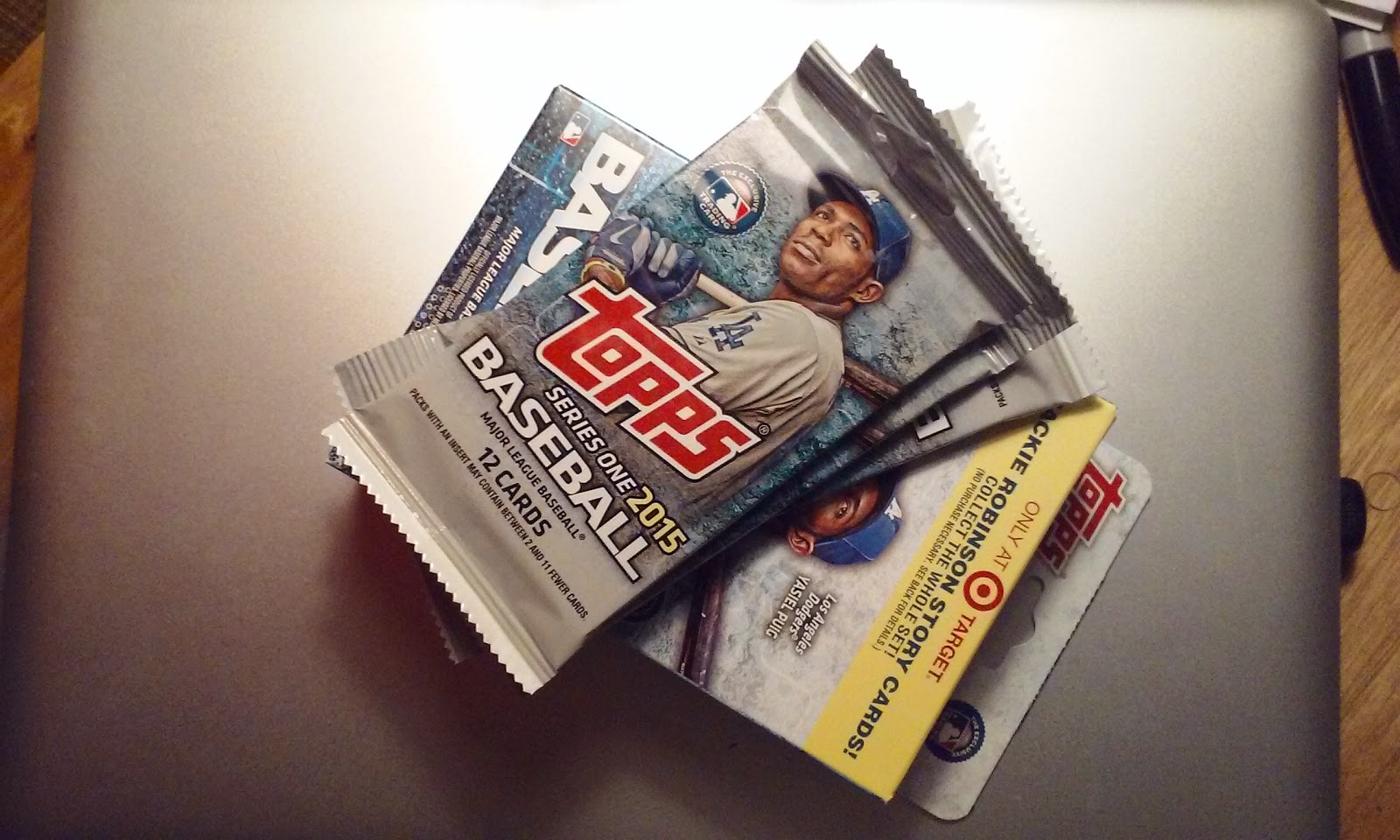