There are dozens of disappointments in the Phillies 2014 season. The recent call by the Cubs of Javier Baez reminds us that the Phillies future looks bleak as well. 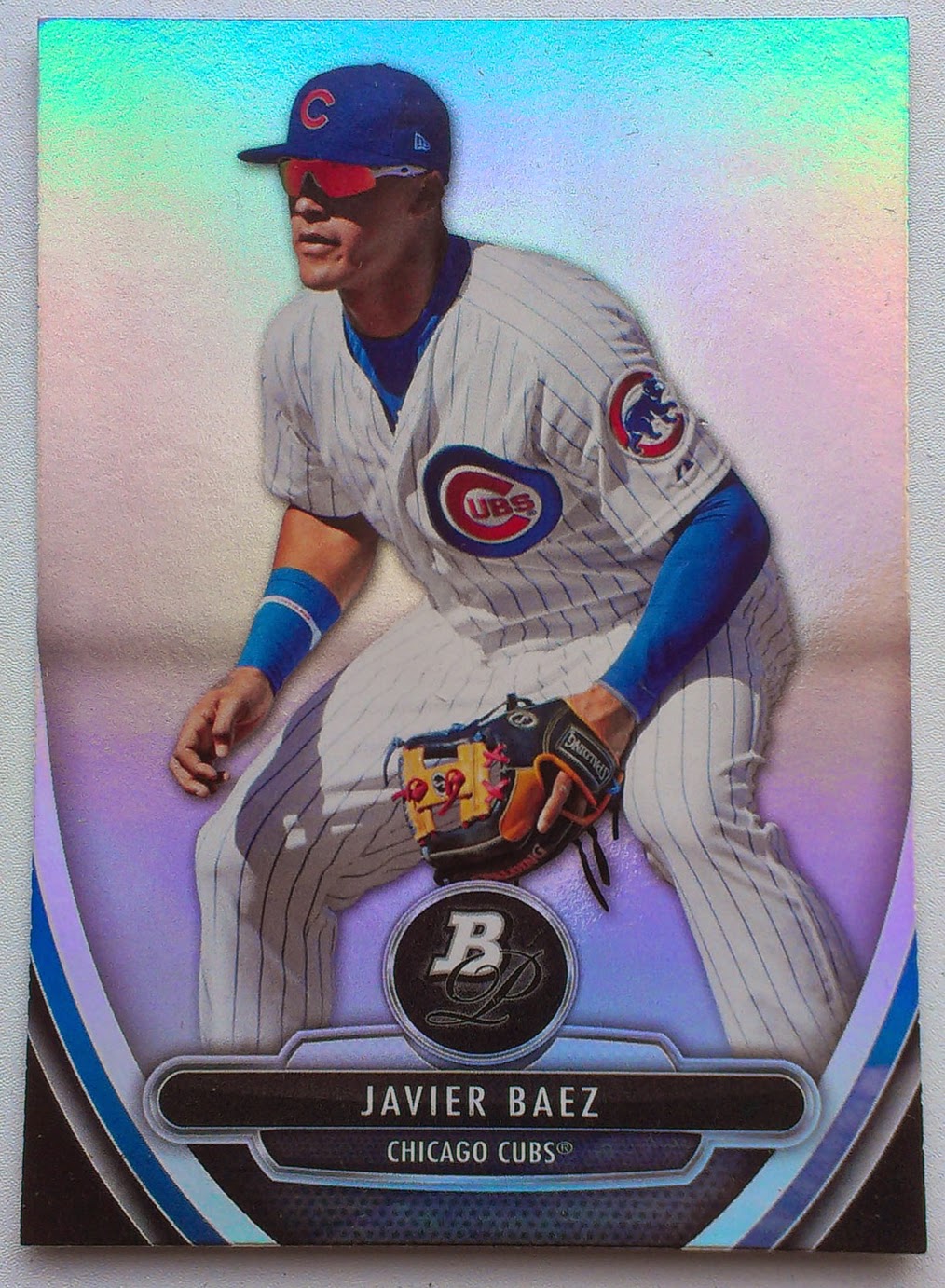 September Call Ups are looming but the Phillies have no one near the caliber of Baez in their system.  At AAA this season the Cubs future second baseman or shortstop has knocked out 23 Homers along with 24 doubles. His BA is an ok .260 with a very respectable .510 slugging number. This is a followup to a 2013 season where Baez hit 37 Homers across 2 levels.

We don't know what the future holds for the 21 year old Javier Baez. We do know that prior to the season 3 different prospect ranking services placed Baez in the Top 10. There is no Phillies that were held in such high regard - Maikel Franco drew rankings ranging from #17 to #52, Jesse Biddle #53 - #94. Neither has had a good 2014, although Franco has played well for the last month.

As the Phillies turn the page to 2015 hopefully some prospects emerge and we can post a Bowman Card of a Phillies player next year.

I got to see Baez while he was at the AA level (Tennessee Smokies). He's a gifted player.