1990 Year of the No-Hitter: Andy Hawkins 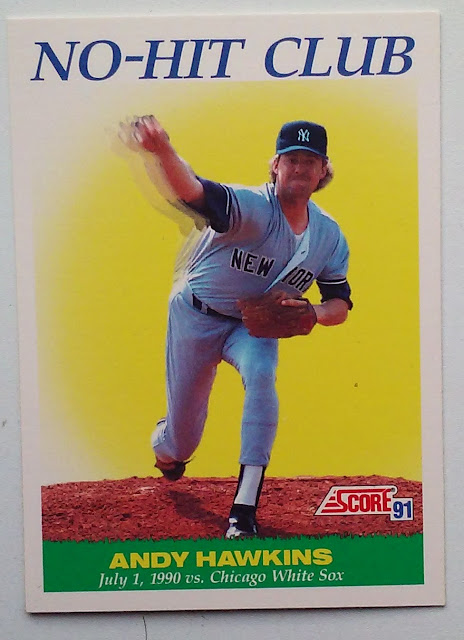 Team Phungo just got back from vacation so we are a bit busy with returning to work and recovering from the SABR conference in Chicago.

Perhaps at some future time I will return to the rather interesting "no-hitter" tossed by Andy Hawkins. 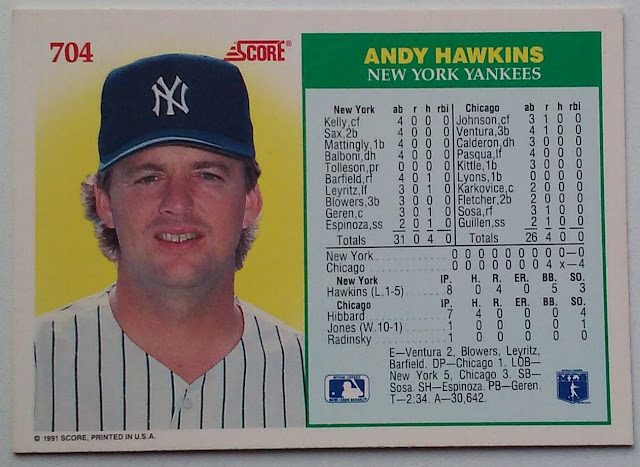 As noted in the box score, Hawkins had five walks in the game. A pair of those Walks, coupled with a bunch of Yankees errors led to the White Sox 4 run eighth inning

Following the 1991 Season an MLB Stats committee adopted a rule requiring a game to have at least 9 innings pitched to be considered a no-hitter. So Andy Hawkins No-Hitter in a loss, is now no longer considered a no-hitter. This is not the only 1990 Year of the No-Hitter game that the new ruling effected. In a few weeks we will get to the other 1990 game that has been rescinded.

The White Sox are not the only team to score in a no-hitter. Baseball-Ref has a list here.

Sources and Links
1990 Year of the No-Hitter Index
South Side Sox
Baseball-ref
Posted by deal at 8:11 PM