Throwing up a sort of quick posting with some pictures from a game Team Phungo attended as part of SABR 45 in Chicago. The Dodgers shutout the Cubs 4-0 in a game that had some odd events.

Howie Kendrick had a 2 RBI double in the first for LA which was all that the Dodgers needed. Cubs starter Jon Lester struggled to find the plate for most of his outing and was lifted after 4 innings. Carlos Frias started for the Dodgers and navigated his way through five innings. The Bullpen completed the shutout by pitching to one over the minimum over the final four innings. 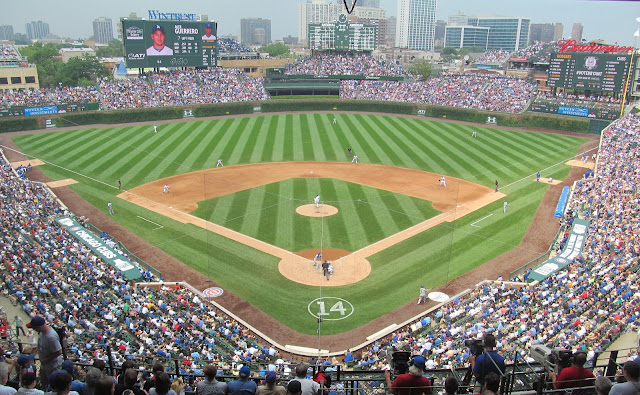 The Cubs have honored Ernie Banks with his #14 behind Home Plate. You may also notice that the classic scoreboard is no longer the outfield feature. The two new scoreboards are not for everyone, but I found them to be well done and informative. 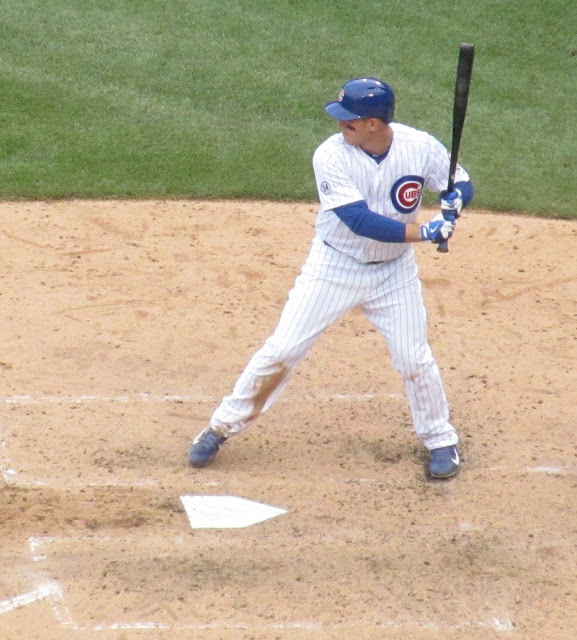 Anthony Rizzo was the Cubs lone bright spot for the day, going 3-4 with a pair of doubles. 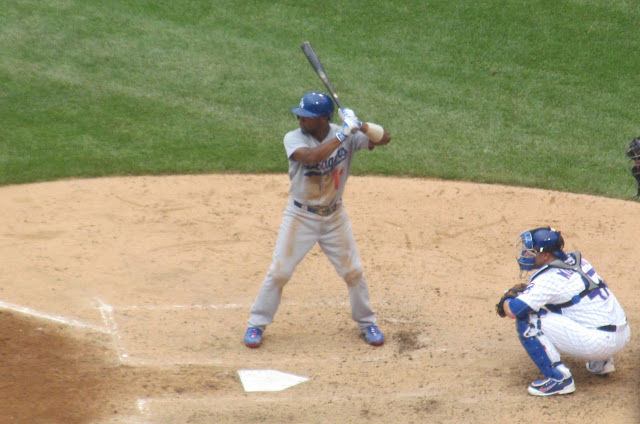 Getting to see the Dodgers gave us a chance to see our old friend Jimmy Rollins. He had a bunt single which was something I don't recall him doing very often with the Phillies, he was also caught stealing - making the 3rd out at 3rd base. I probably saw Jimmy do that while he was in Philly. 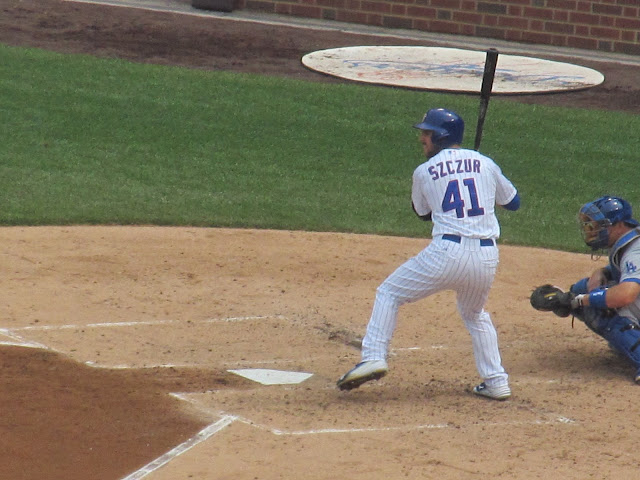 I was looking forward to seeing Kris Bryant while I was in Chicago. Unfortunately he left the game after one inning (flu like symptons). That did open the door for Matt Sczczur to get into the game. Sczczur played his collegiate baseball (and football) at Villanova which is located just down the road from Phungo HQ. 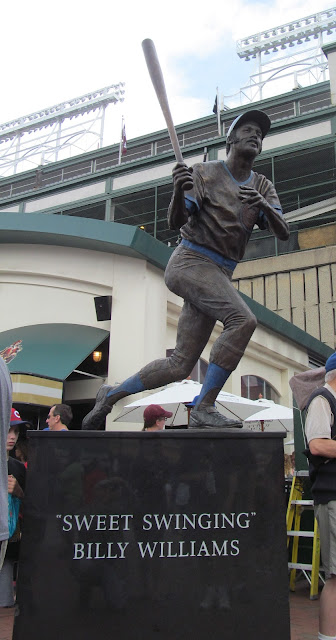 There are a couple of statues outside of the entrances of Wrigley. This one of Billy Williams who we featured a few Sunday's ago is outside gate D. 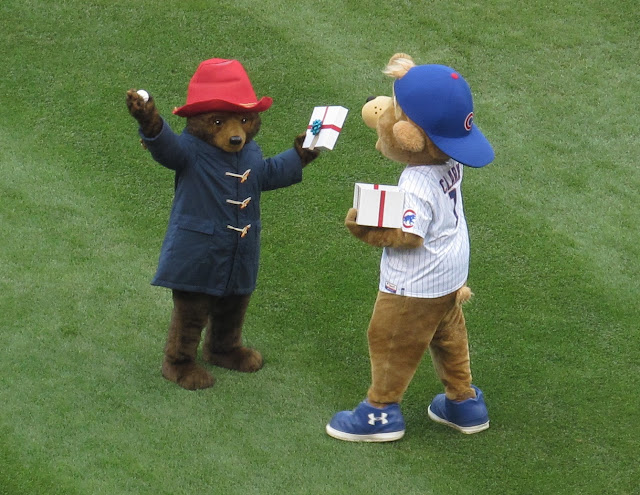 There were three first pitches for the game - none more fun then the one from Paddington the Bear. The throw was terribly off the mark. The Cubs new mascot, Clark, was the catcher for the pitch and ran over a cameraman in an effort to catch Paddington's errant throw.

In the photo above Clark is shown giving Paddington a gift, which was the ball to be used on the first pitch.