A week after calling up Baseball America's #1 Prospect, the Cubs are not calling up the BA #3 Prospect. 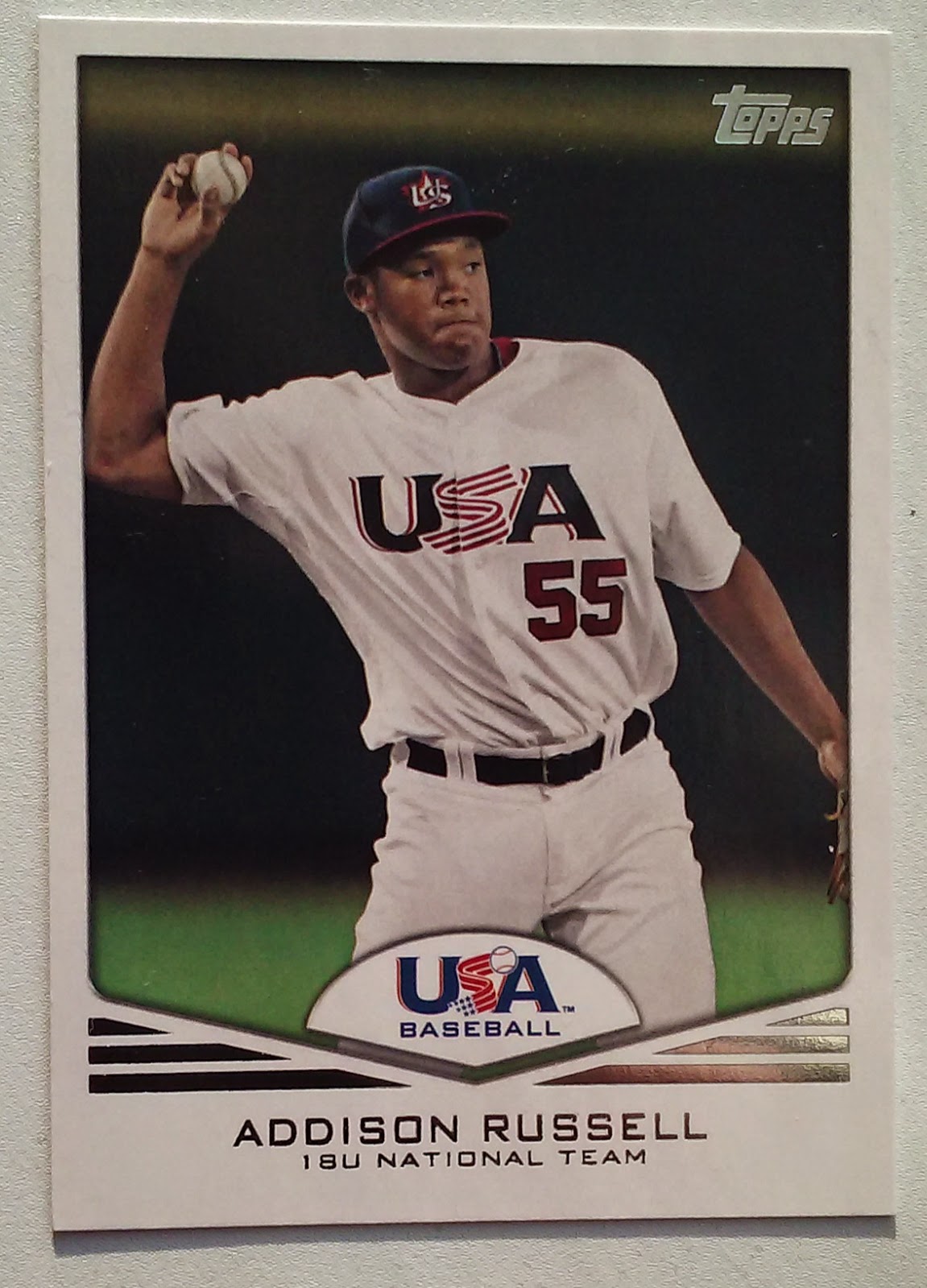 This is a card from the 2011 USA Baseball set which was issued when Addison Russell was still in High School at age 17. 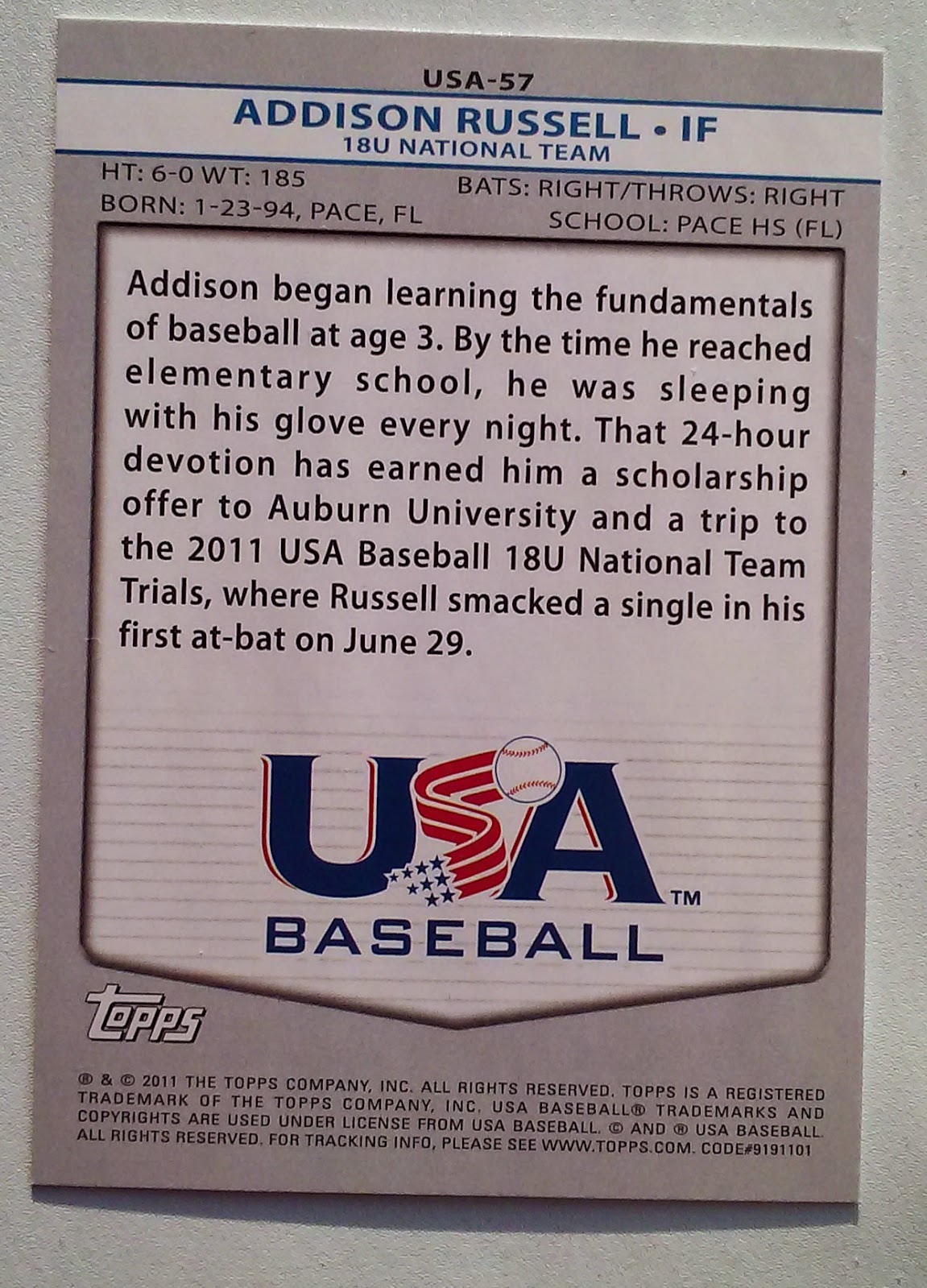 The reverse side gives a snapshot of Russell's devotion to the game.

In the early part of the 2015 season the Cubs have become a much watch team.

Addison Russell 2013
An Addison Russell card was the subject of an interview with a Topps rep on an MLB network. A transcript of the conversation can be found here.

Good news for the prospector who picked up the 2013 BowPlat card mentioned in our posting. It is currently up from the $7.77 purchase price in 2013 to $10.50 in current auctions.