Not sure what all the excitement is about, Paul "The Pope" Ownes spent close to 50 years working for the Phillies in some capacity. 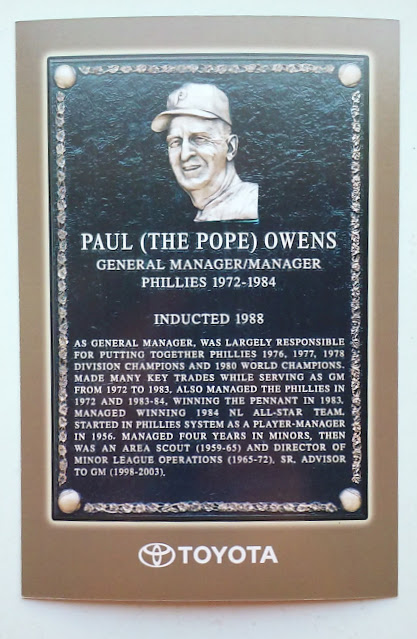 I think Owens got his nickname from having a resemblance to Pope Paul VI. I am not Catholic, but I do think of Paul VI as my Pope - he was Pope during my entire childhood. It is hard to make out a resemblance in the image of the plaque of Owens featured above, but one may see it in a card we feature below.

To me Paul Owens will always be the guy who took the reigns from Pat Corrales and led the 1983 Phillies to the NL Pennant. Two years ago we marked the 30th anniversary of that team with a series on a few of the notable players from the squad including Owens. 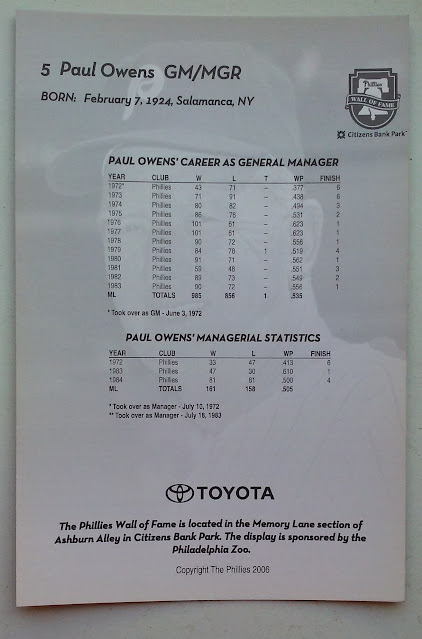 The ghosted photo on the back of the postcard doesn't give us much help with a Pope Paul VI connection, but there is something interesting in the stats. I can't recall many cards that have a persons Win-Loss record as a GM - but there it is. 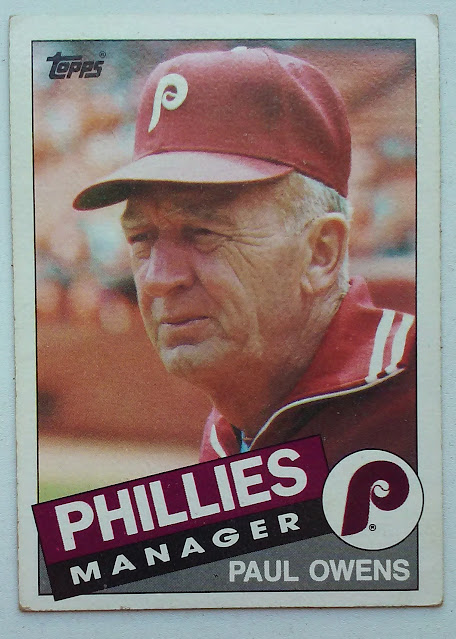 Here we have an image of Owens from an angle similar to the one used for the WoF plaque. I suppose he looks Popish - with a baseball cap and windbreaker. 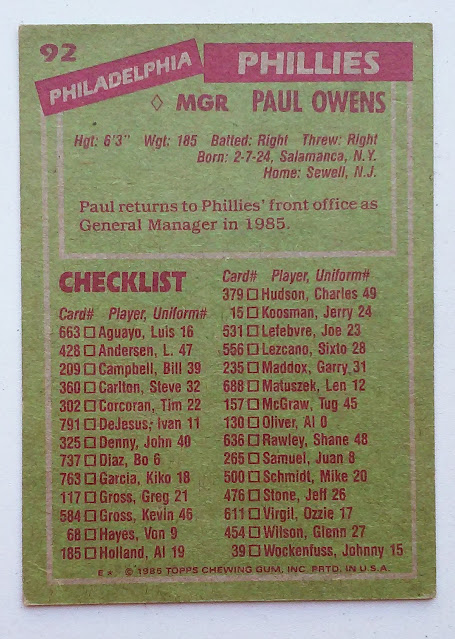 Two things of note on the back of the card 1) Text mentions Owens return to the GM role, 2) The 1984 Phillies fell from being an NL Pennant winner to being a .500 team. With the aging roster and general lack of young talent on that checker it is easy to understand the demise.