As a fan it is tough to watch a bad team, but if you look hard enough there are appealing games on the schedule. Friday Nights was one of those:

-It was a Friday Night, a good opportunity for a worker bee like myself to get to a game
-The weather was favorable
-The Division Leading New York Mets were in town
-And there was a Big Time Pitching matchup, Matt Harvey vs Cole Hamels 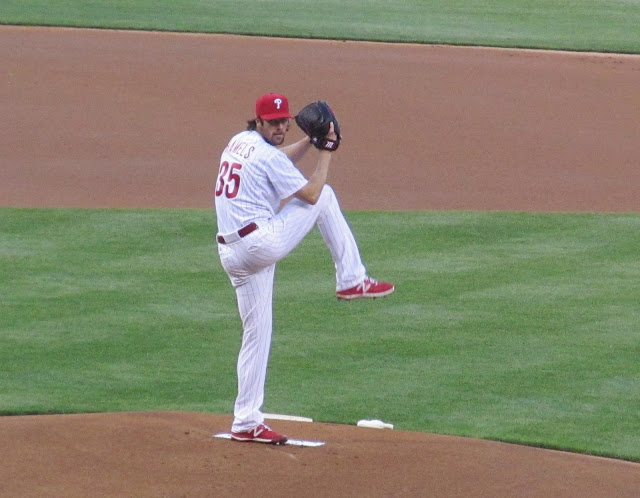 Cole Hamels was the Ace that won out this time. He held the Mets to four hits and a manufactured run through seven innings. The Phillies southpaw recorded 8 Ks against 2 walks. The bullpen did the rest, Ken Giles perfect inning, Papelbon recovers from a leadoff single with a couple of Ks and a line out. 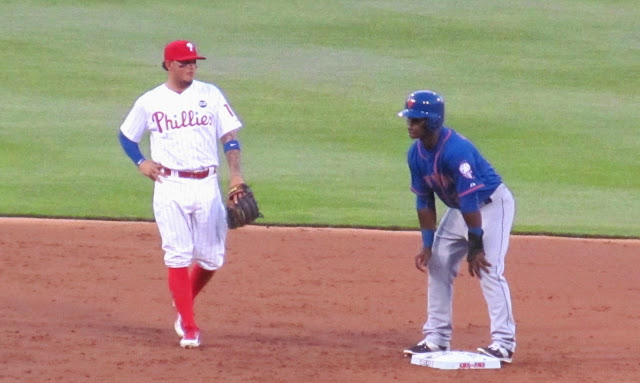 Prior to Friday night's start Harvey had handled the Phillies pretty easily. His night wasn't bad just not as dominant as prior outings. Three runs over six for the Dark Knight, one of those runs was pretty much scored by Freddy Galvis' legs in the first inning. Freddy singled, stole 2nd, and came home on a Ryan Howard ground single when Galvis was attempting steal third.

Beautiful Night for a ballgame, nice to get a W vs a quality starter.