Why is a marginal player like Bobby Higginson showing up in a Phillies blog.

Well the man has a couple of Philadlephia connections. He was born in the City of Brotherly love and went to school locally at Frankford High and Temple U.

In addition to all that he was selected by the Phillies in the 18th round of the 1991 draft. Unfortunately the Phillies were unable to sign Higginson. 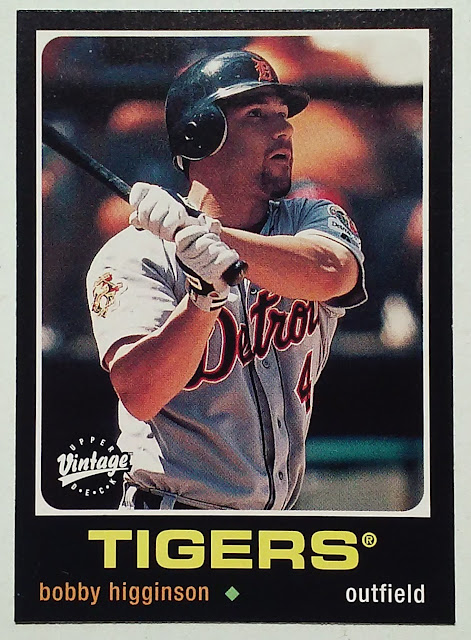 The Phillies planned to move Higginson from the Outfield to second base. Since Higginson was not comfortable with the approach he asked for a signing bonus of $20,000 which was 14k more than the Phillies offered. The draftee wanted the bonus to insure that the Phillies would not give up on him too quickly if his play at second didn't go well initially.

The Phillies never countered the 20K number. A year later Higginson was picked in the 12th round of the Tigers who signed him as an Outfielder for 10 grand, plus an additional 10 thousand college provision.

It turned out to be a good move for the Tigers. Bobby Higginson had an 11 year career spent entirely in Detroit.

War and the Draft - 1991
At the top of this article I dismissed Bobby Higginson as a marginal player, well this is simply not true. He had a career WAR of 23.0. This ranks #1 among all players the Phillies Selected in 1991. 2nd Round pick Kevin Stocker ranks #2 at 5.9. #10 overall pick Tyler Green pitched 70 games for the big club but yielded a negative WAR (-0.5)

Among all #473 Picks in the history of the Draft Higginson ranks #1 in WAR. Glenn Hubbard (19.1) and Phils Alum Dick Ruthven (18.6) are the only other players drafted at that position to have positive WAR numbers.  Bobby Higginson also achieved the standard for his selection in the 1992 draft - He outpaced Rick Honeycutt (22.3) and five other players that made the majors including Orioles Outfielder David Lough who remains active. 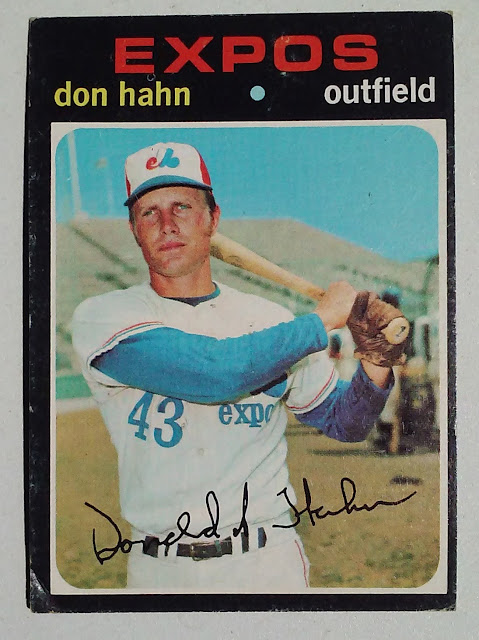 2002 UD vintage stole their design from 1971 Topps. The Card occupied by Higginson was originally the residensce of Montreal Expos outfielder Don Hahn.

Don Hahn played a few games for the Phillies at the tail end of his career. As far as I know he was never issued a Phil, but apparently he did make it into the teams photocard set. 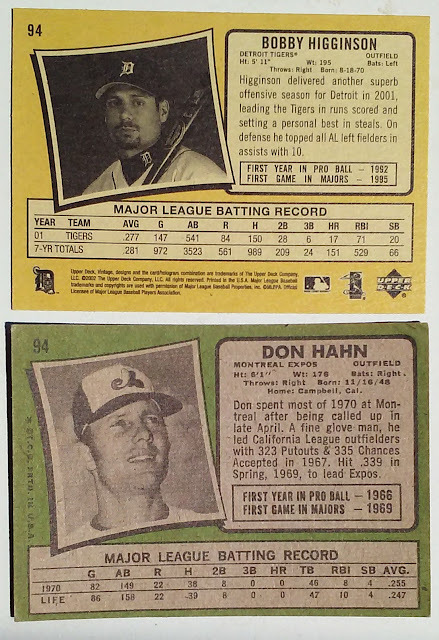 UD changed the color of the flip sides just to show they weren't totally pilfering the original Topps design. Interesting that UD moved around the stats, and opted to drop Total Bases - actually giving LESS info on the updated card.

Four Consecutive HR Club
Didn't want to leave this article without mentioning that Bobby Higginson once hit four Home Runs in four consecutive At Bats. It wasn't four in one game or Four Plate Appearances in a row - there were some walks mixed in there, but it was four Homers in four official ABs. It is a fairly rare accomplishment - I think most recently by Carlos Gonzalez (2012). Phillies Hall of Famer Mike Schmidt hit four in a row during an 18-16 victory over the Cubs on April 17 1976.

Bobby Higginson wasn't all bad, but he played on some terrible Tigers teams. If he had played for a better team I think he would be thought of a little bit better