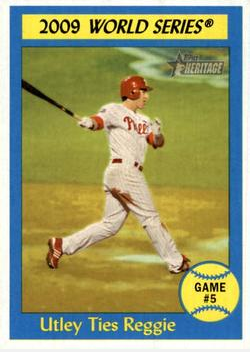 The caption sums it up simply "Utley Ties Reggie". Nice to have your named in a comparative with a player who is such a superstar that they only need to be identified by a single name. 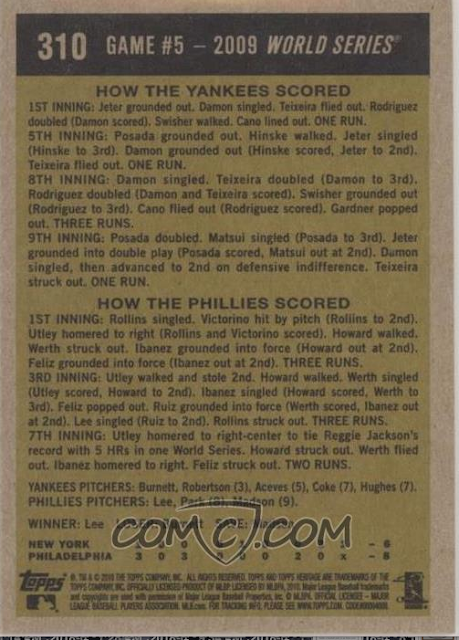 The back of the Heritage cards remain faithful to the 1961T originals with scoring plays followed by the line score. The Utley Homers for game 5 can be found in the first and 7th innings of the Phillies portion of the text.

Reggie
Jackson's 5 Home Run Series was also celebrated by Topps in their 1978 set. 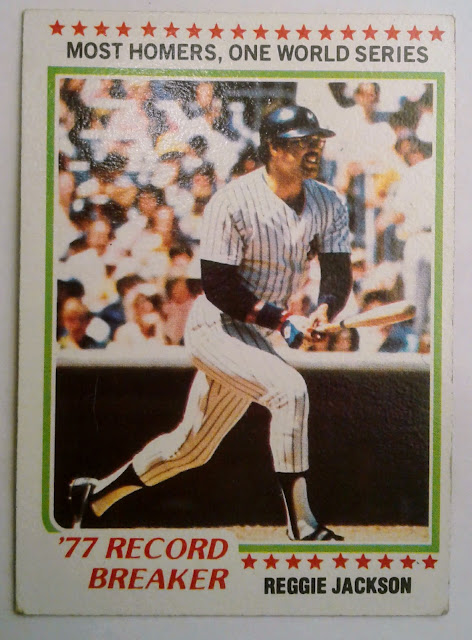 We covered this card a bit in our 2018 Memorial to broadcaster Keith Jackson. To read more about the card click here.

1961 Topps
2010 Heritage is an Homage to 1961 Topps. The World Series subset parallels the original with Utley's Record card matching with a card dedicated to a Pirates 5-2 victory, also over the Yankees, which featured an 8 out save from Elroy Face. 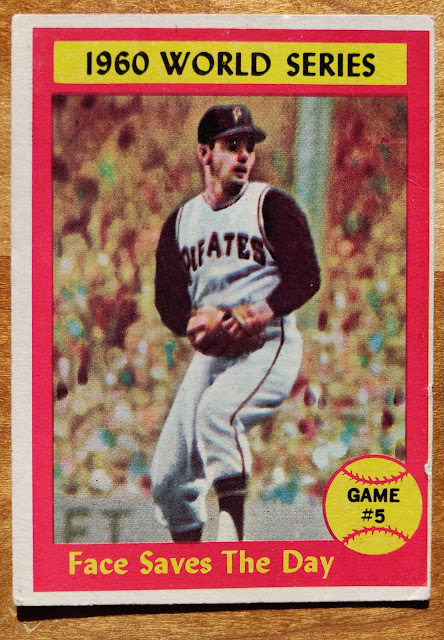 While both the PA teams were able to defeat the 1960 and 2009 Yankees in Game 5, afterward their fates diverged. The Pirates won the 1960 Series on Bill Mazeroski's famous Home Run while, Utley and the Phillies fell to the Yankees in 6 games.

Phungo Games
This card reps the Phungo Game collection, read more about that game here.  In addition to the above Heritage card we have previously covered the 2009 Allen & Ginter card dedicated to Utley's World Series Record. This column can be found here.