Today we are noting a milestone birthday for Phillies Slugger Greg Luzinski born on November 22 1950. 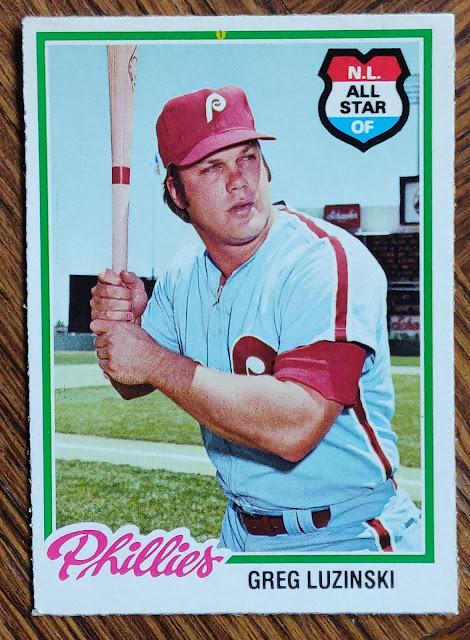 I always the All-Star subset. 1978 has its own icon never used before or since - Topps/OPC gave the cards a dash of Red White and Blue on a shield that kind of looks like an Interstate Route Number sign.

In 1978 Luzinski played in the final of his four consecutive All-Star games. He went 1-2 with an RBI on a Bases Loaded Walk off of Hall of Fame Pitcher Jim Palmer. Of course the 1978 card represents the previous years ASG in which the Bull Homered, also off of Palmer. 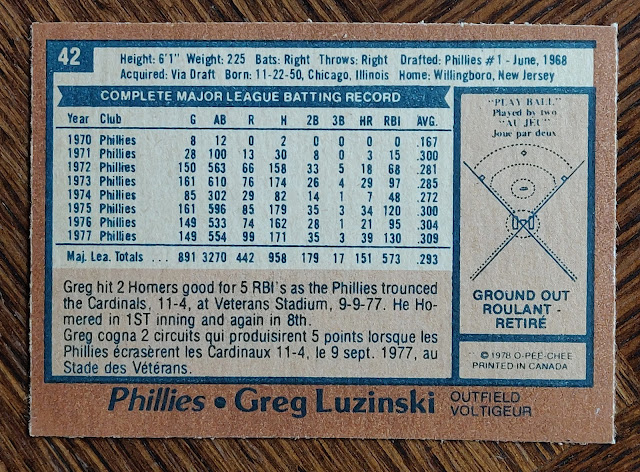 1978 OPC #42 Greg Luzinski
Typically I would use an OPC card for a column with a Canadian or French Connection. Today my reason is for the card number 42.
While the Bull is remember for wearing #19 for almost the entirety of his career, when he came up in 1970 he wore the now league-wide retired #42 which happens also to be his OPC card. Six other Phillies wore the number after Luzinski, the most significant of which was Ron Reed. The last player to wear the number as a Phillies Player was Toby Borland.
Luzinkski 1978T Card number is 420 - significant to some folks for a totally non-baseball reason. 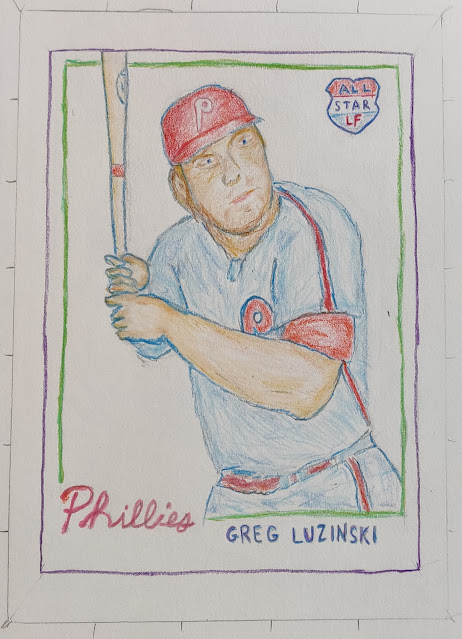 I tackled the 1978T card by going pretty vanilla. I elected to not give the sketch a background and had Luzinski's powerful Rawlings Bat busing out of frame. I also added the discrete position of LF to the All-Star Shield.