Recently my sketches have been focused on the players of the Negro Leagues. Today we featured Ted "Double Duty" Radcliffe who got his nickname from pitching one end of a double header followed by catching the other.

I was interested in a way to capture this idea on a baseball card.

The T201 Double Folder was the perfect solution. Unfolded/Open features Radcliffe pitching, while the folder version shows him catching.

While the video is fun, I kind of think it is easier to see the images in stills. 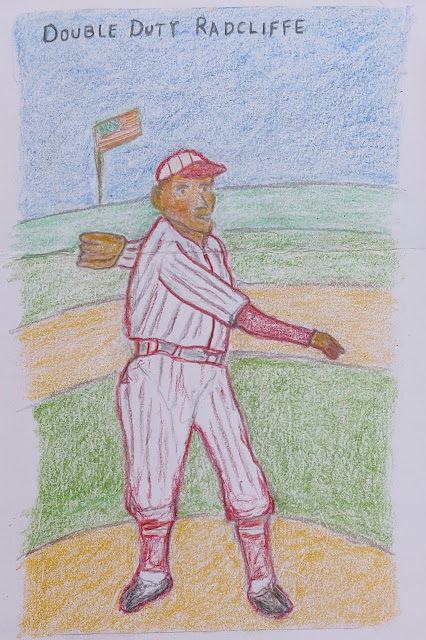 For the pitching image I put in Radcliffe in pinstripes and on a basically clear field. 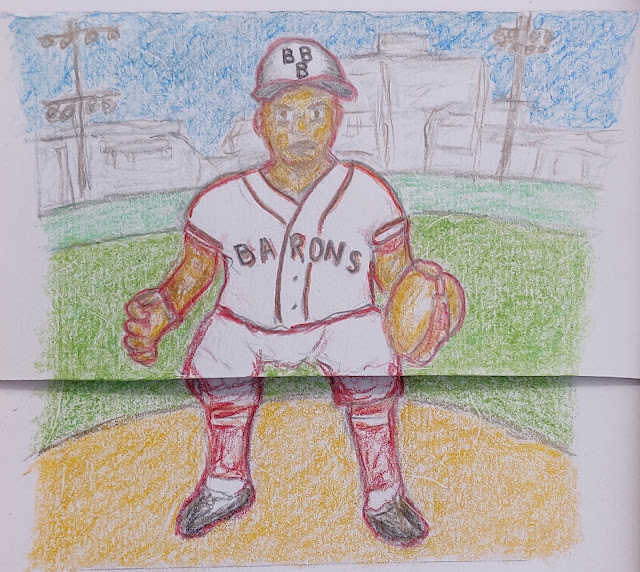 As a catcher I made Radcliffe a catcher for the Birmingham Black Barons. whom he played for from 1942-46. I went with an industrial background here - typical of many Negro League stadium.

The card is a bit of an anachronism. Radcliffe's career spanned 1928-50 so 1911 predates that period a bit, but the double folder was to good an idea to pass up.

Thursday August 20th is an important Anniversary of one of the most significant events in the Storied History of the New York Yankees.

It is the 56th Anniversary of the Harmonica Incident.

If you are not familiar with the Harmonica Incident click the link above for a more detailed account, for our purposes the important facts are that Yankees Infielder Phil Linz was playing Harmonica on the team bus following a loss. This upset manager Yogi Berra, yelled "Shove that harmonica up your..." towards the back of the bus. Here is where it gets interesting...

Linz did not hear Yogi and asked Mickey Mantle what he said and Mickey said:

Which Phil Linz proceeded to do. This let to a confrontation between Berra and Linz including the harmonica being used as a projectile.

I original heard the story years ago when I first read "Ball Four" and was reminded of it reading Mitch Nathanson's outstanding biography "Bouton: The Life of a Baseball Original"

This got the crew at Phungo HQ thinking, this story needs a baseball card. 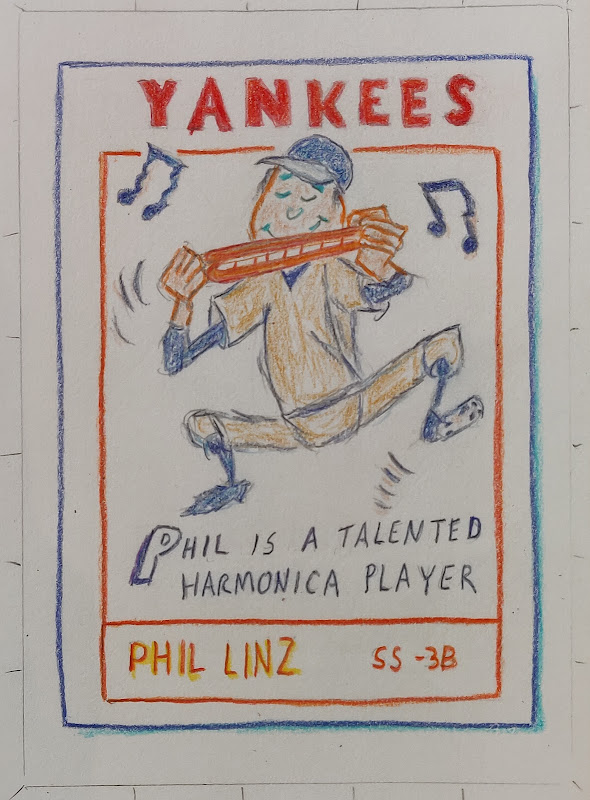 I went with 1964T as the canvas as that was the year the incident occurred. To capture the humor of the event I went with the comic approach. The comic is not really original - I stole it from the back of Ed Sadowski's 1960 Topps Card 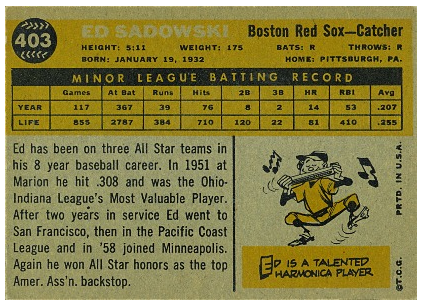 Pretty happy with the reproduction of the -toon on my part. I love to envision Phil Linz being in as care free a mood as this comic right before being yelled at by Yogi Berra.

I sort of kept the colors and lettering from the original 1960 comic. I went with an orange interior border to reflect the creamsicle backs of 1964 Topps.  To match the original Phil Linz card the comic extends out of frame into the team name area which matches the Red/Orange color from 1964T. I did change the player position from INF-OF to SS-3B to better reflect Phil Linz 1964 playing time.

Ed Sadowski was a backup catcher who spent the bulk of his 5 year career with the LA Angels. I did some minor digging and was unable to find more info on Sadowski's musical talents. Regardless his cartoon was good enough for me.

In a sad note Ed Sadowski's bio revealed that he died in 1993 from Lou Gehrig's Disease.

Mitch Nathanson - Bouton: The Life of a Baseball Original 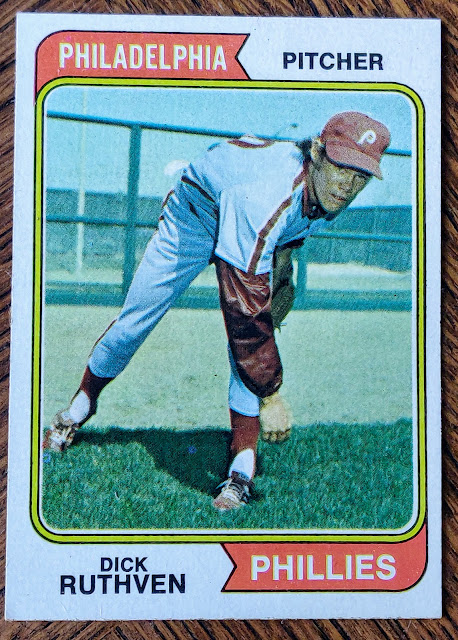 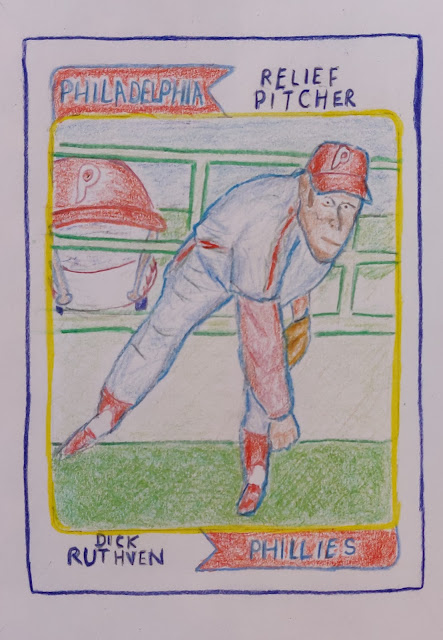 Sources and links
1980 Phillies
baseball-ref
Phungo Originals
Posted by deal at 9:55 AM 1 comment: 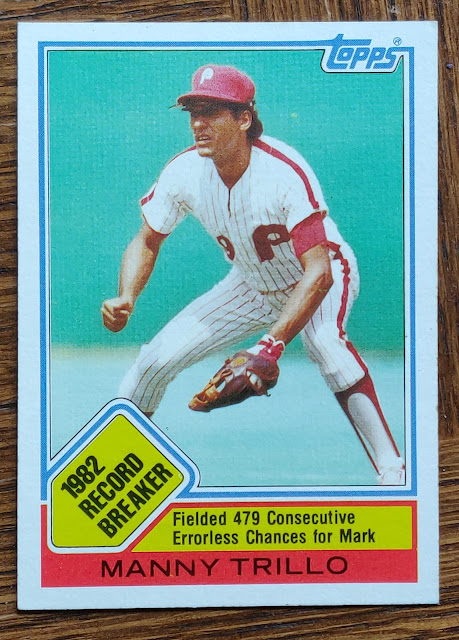 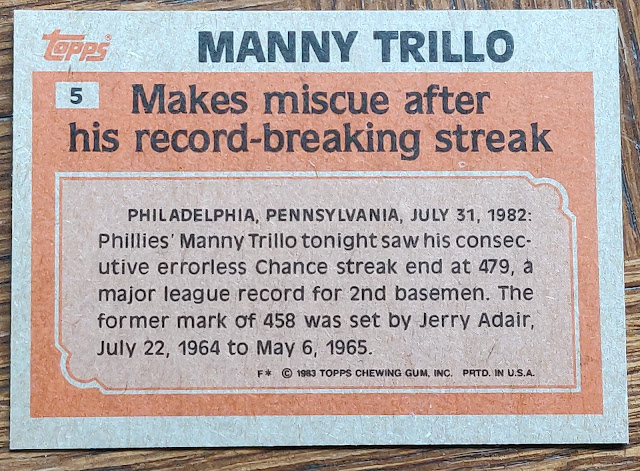 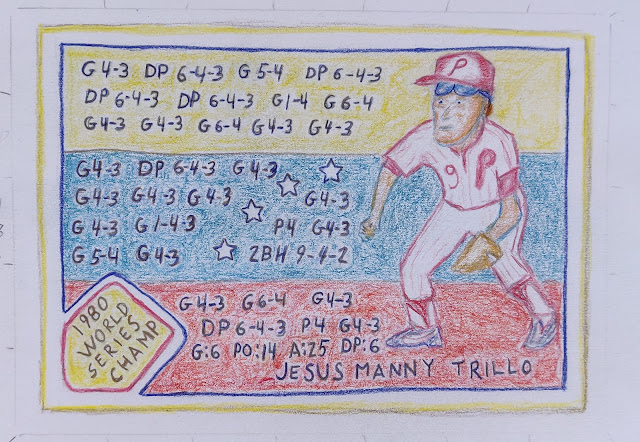