Last Winter we started a project to try and figure out what season produced the best Topps All-Star Rookie Team. That tournament was between the 10 squads that represented the 1960s. It was won by the Little Joes from 1966 led by Joe Morgan, Tony Perez, and stellar pitching by Marcelino Lopez.

For our second Tournament we visit the 1990s. Lets take a look at the seeding for the last decade of the 20th century.

No I am not a Jeter hater, we determined seeding using a forumula. Turns out the rest of the 1997 team was pretty weak.

Lets get to the actual games. The preliminary round is a double elimination featuring the bottom 4 teams. Two of these teams advance to the major tournament while the other two will be eliminated. 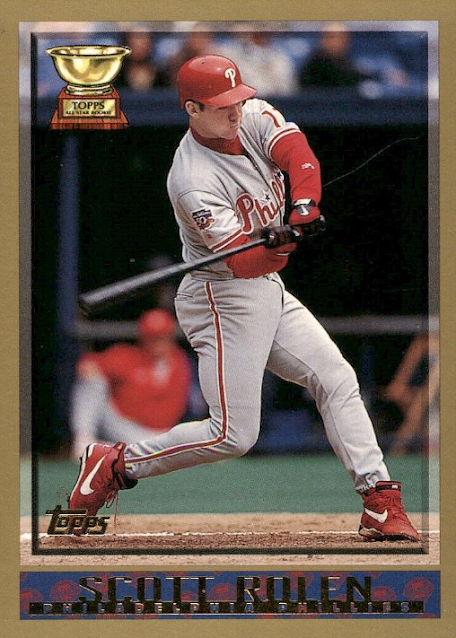 The two teams that advance out of the preliminary tourney are Manny Being Manny (1995) and Junior Kids (1990) they will be the 7th and 8th seeds respectively. The Surprise is the elimination of seven seed 1998 Rockin and Rolen.

This brings us to the opening round of the major tournament.

Major Round 2 Winners Brackets
The 1-4 match up is:
The 2-3 match up is:
Ok that is it for now, The Final four will be featured in our next post.
Posted by deal at 9:17 PM No comments: