Last weekend Team Phungo made the trek up to Manhattan and enjoyed a tremendous play that was based on a Baseball Player. 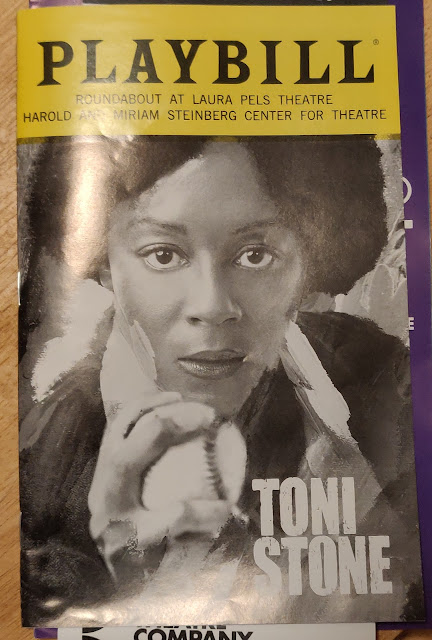 Toni Stone played second base for the Indianapolis Clowns in 1953. This made her the first woman to play baseball with a Men's professional baseball team. The Clowns are an important part of Negro League history sending several players to the Major Leagues, including Hank Aaron the man that Stone replaced.

The play covers a lot of territory. We learn about Stones background and early prowess in athletics. Her range included track and figure skating. The play also depicts her as an avid baseball fan who memorized stats and has BASEBALL CARDS!!

If you have studied the Negro Leagues you may be familiar with a lot of the material in the play, but it is nice to see it depicted in a fashion that I found historically accurate: The long bus rides due to unwelcoming hotels, The double-headers played in different towns, and of course the harassment from fans during exhibition games with white teams.

In addition Stone dealt with sexism issues from teammates as well as opponents.

There is also a scene where Toni Stone discusses an unfortunate story regarding Gabby Street.

April Matthis
In addition to having an informative and interesting story the play has a very good cast led by veteran April Matthis in the title role. Matthis as Stone figures into every conversation from start to finish making this an almost one-woman show despite the fact she shares the stage with eight other actors. 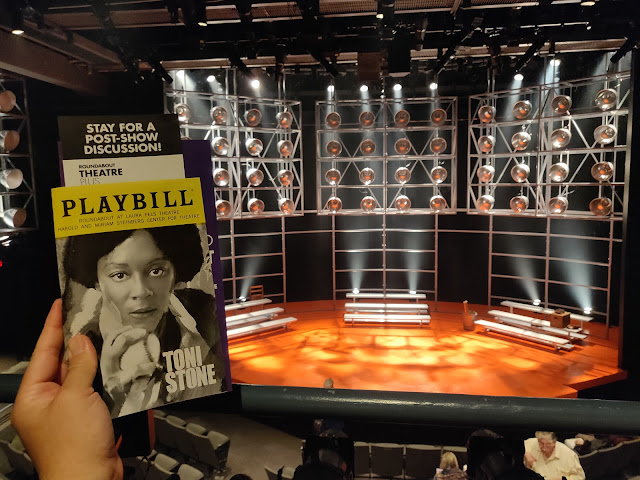 Above you see the set for the show. It is set up to appear like a ballpark with bleachers around the stage. Notice the trashcan of baseball bats between bleachers 2 & 3. The stadium lights were a neat part of the set which were used for dramatic affect. The windows in the two alleys between the bleachers often featured single players batting or throwing and created a look of a baseball card. 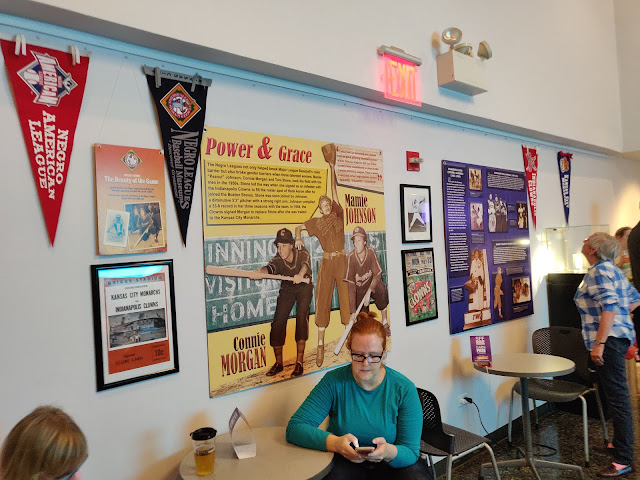 The Lobby was also dressed up for the show with Pennants and background info on Stone and the Negro Leagues.

Another really nice touch was that they sold Cracker Jack at the concession stand.

On Tour
Toni Stone will only be in NYC through August 11th. However it is going on a short tour thru early 2020. The first stop is San Francisco, followed by DC in the Spring. If you get the opportunity and would like to see some baseball history related theater I highly recommend this show.

Off-Broadway
I always recommend Off-Broadway if you want to see a play in New York. The theaters are more accessible, tickets are significantly cheaper and since the theaters are smaller you always get a good seat. In addition I can usually find an Off-Broadway show that aligns with my tastes. The Broadway productions are big and mainstream, OB gives the companies a chance to produce edgier stories.

Oh damn this looks great and I wish I'd known of it before I left NJ for the summer.