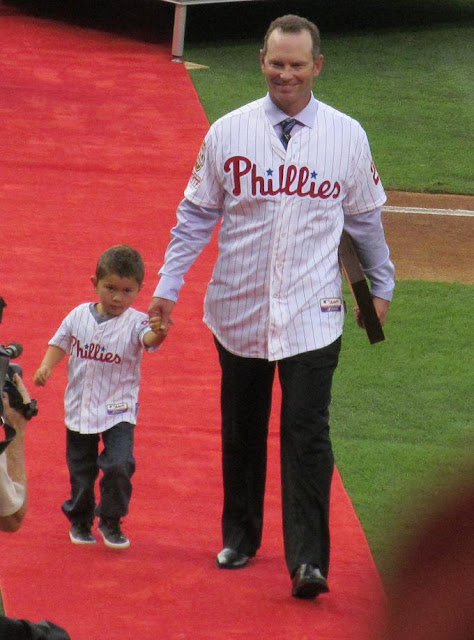 I appreciated the Mike Lieberthal WoF induction significantly more then I thought it would.  Some great players returned for the occasion, the Phils video team put together another great production which gave me and other Phillies fans a chance to re-examines the long-time catchers career.

Lieberthal has caught more games for the Phils than any other player including Bob Boone (one time MLB record holder for Games), 1993 NLCS champ team Captain Darren Daulton and current All-Star receiver Carlos Ruiz.  Lieberthal also has the team Home Run record for the position.  He was a two time all-star and earned a gold glove behind the plate. 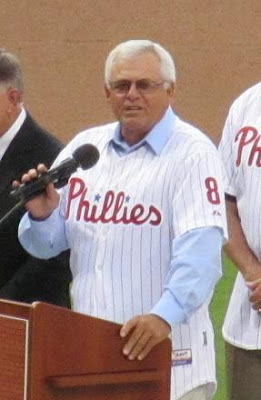 I wasn't sure who would introduce Lieberthal.  The Phillies made an nice choice in bringing back Bob Boone. 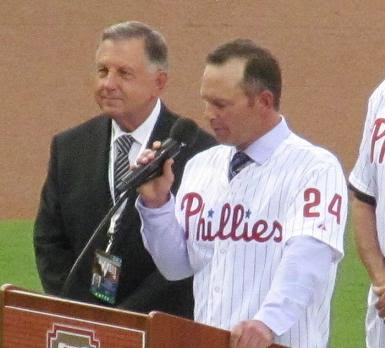 Lieberthal recognized the late John Vukovich among others when speaking about is early career. 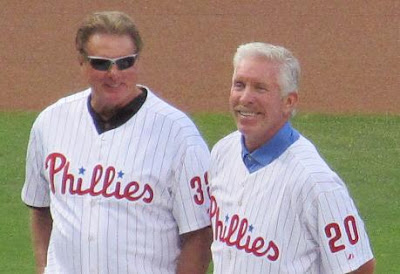 If I get time, I will get a posting up on the actual game sometime this weekend - which includes another HR batting stance (unfortunately not Chase Utley's).  I also have a Phungo 5 with Kerry from Cards on Cards in the On-Deck bin.
Posted by deal at 12:32 PM

very cool. Thanks for sharing