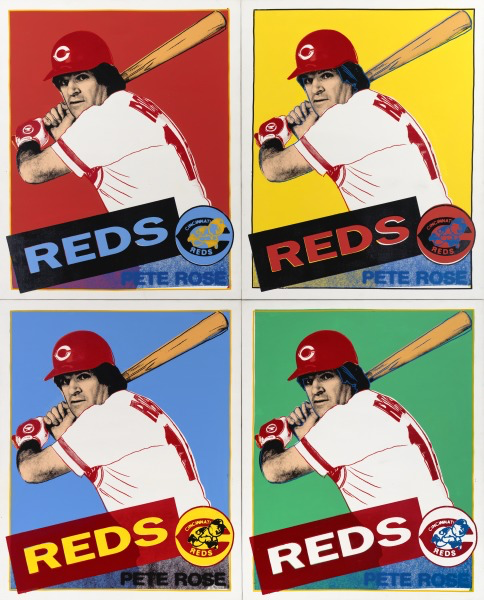 FWIW I have a few other Baseball Cards and Art posts on SABR.

And if you extend artist to include photographers then there's this post about cards which credit the photographer.
https://sabrbaseballcards.blog/2017/11/01/cahiers-des-cartes/

I'm also seriously considering a post on David Levinthal
http://www.davidlevinthal.com/artwork/bb.html
(I have written about him in general, just not exclusively the baseball photos https://njwv.wordpress.com/2014/08/04/david-levinthal-make-believe/)

And one on Tabitha Soren
http://www.tabithasoren.com/fantasy-life-gallery

I have a print of this from 1985. Much smaller though Approximately 5.5” x 7” overall. I believe it to be some sort of promotional print. It was given to me by my uncle who was employed by the print house who was commissioned for the job. Does anyone know anything about this? I’ve never seen another one