May 24th marks the 20th anniversary of Pat Burrell's MLB Debut in a Phillies 9-7 victory versus the Houston Astros. 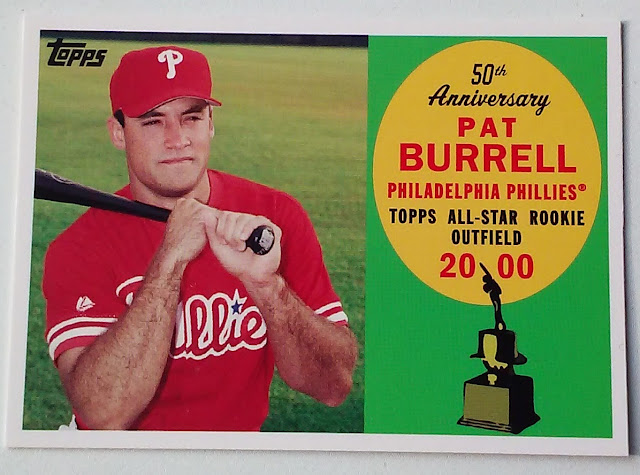 in 2008 to mark the 50th anniversary of Team Phungo's favorite subset, All-Star Rookies, Topps issued and 110 card Insert set. Among the 110 players included was Pat Burrell.

The 2008 card format echoes the seminal 1960 Topps subset. For a look at those cards see our posting on Hall of Famer Willie McCovey. 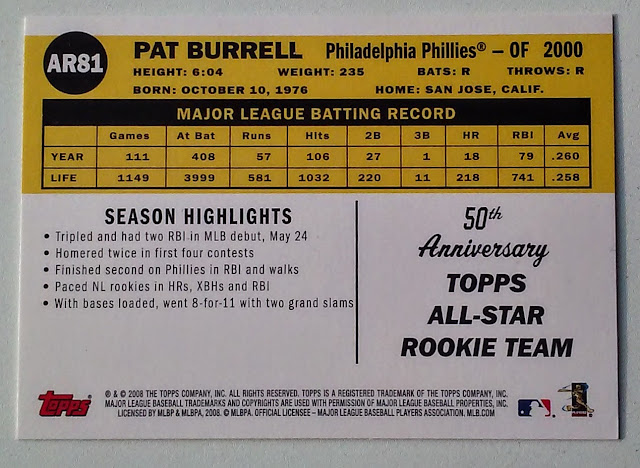 The backs also mirror 1960T including the Season Highlights section bottom left. Notice the first bullet cites Burrell's MLB Debut and mentions a Triple he hit in that game. An oddity for a man who would finish with 16 career. That first Triple tacked on an insurance run in the 9th inning. It came off of Burrell's future teammate Billy Wagner.

Burrell's originally made the 2000 team that was honored in the 2001 Topps. 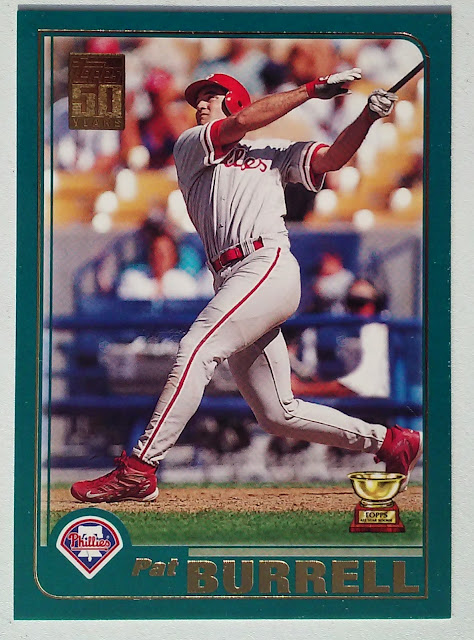