The Phillies have revamped their broadcast lineup for 2014. Three of the teams alums are coming in to do color commentary: Jamie Moyer and Matt Stairs from the 2008 World Champs and Hall of Fame 3rd baseman Mike Schmidt. 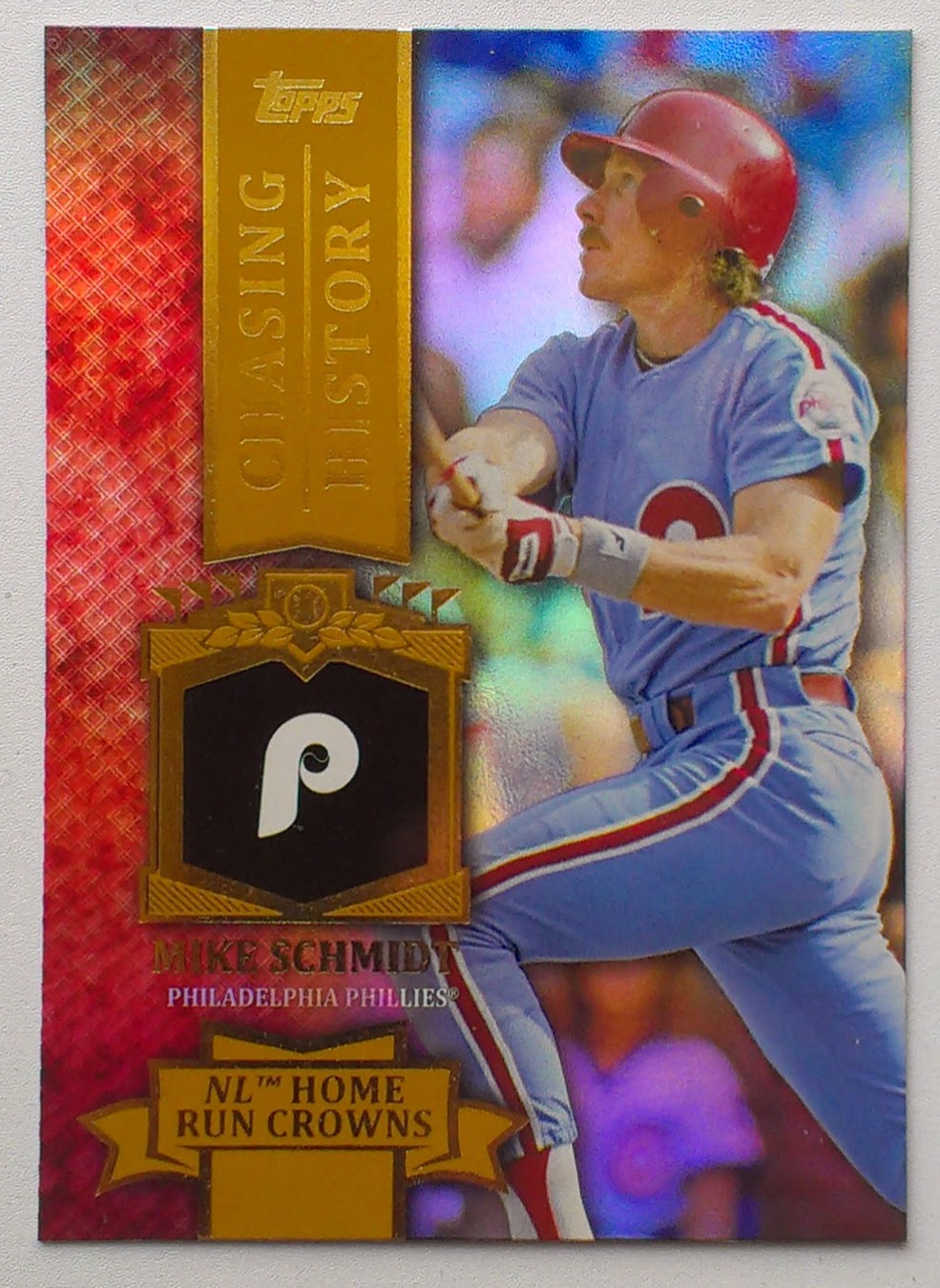 Schmidt is apparently healthy after a recent cancer scare. He had surgery and radiation treatment related to mole that was found on his back. Recent scans have shown Schmidt to be cancer free.

During the regular season the Phillies plan on having Mike Schmidt join the TV broadcast team as part of a three man booth with lead Tom McCarthy and either Moyer or Stairs.

Mike Schmidt will turn 65 later this year, He appears to have remained in good physical shape while retired. Hopefully this will aid him in avoiding a recurrence of any cancer.

2013 Topps Chasing History
CH is a 150 card insert set spread evenly across the the three series of of 2013 Topps. The card come in both silver and gold variations. I am not sure but assume gold is more scarce 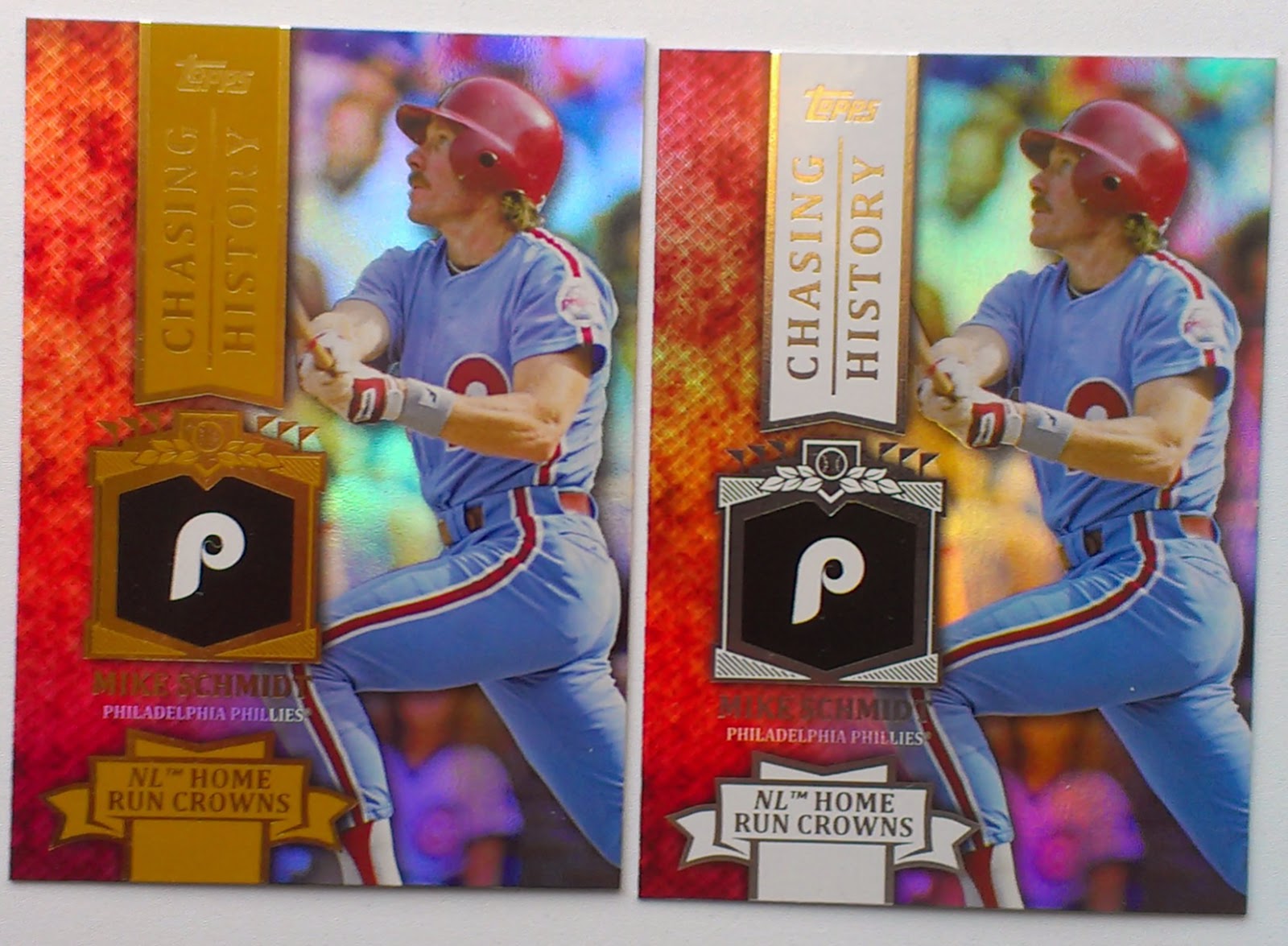