We have reached 25th anniversary of the No-Hitter authored by the Phillies own Tommy Greene. 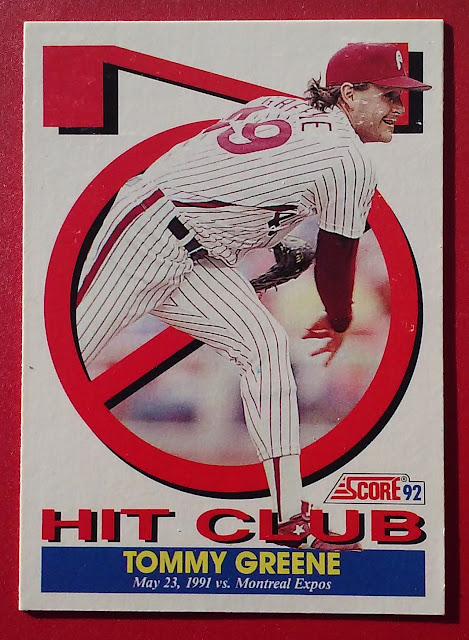 Greene Shutout the Expos 2-0 in Montreal. The game was Greene's second start of the season and only the 15th of his career. Greene's Catcher Darrin Fletcher was just as inexperienced, playing in only his 27th game.

Tommy Greene had come over to the Phillies in the same deal that brought Dale Murphy to the team less than a year prior. As of May 1992 the 24 year old Greene had still not established himself as a regular starting pitcher. The only reason that Greene even got to face the Expos was because Danny Cox had to skip a start due to an injury. 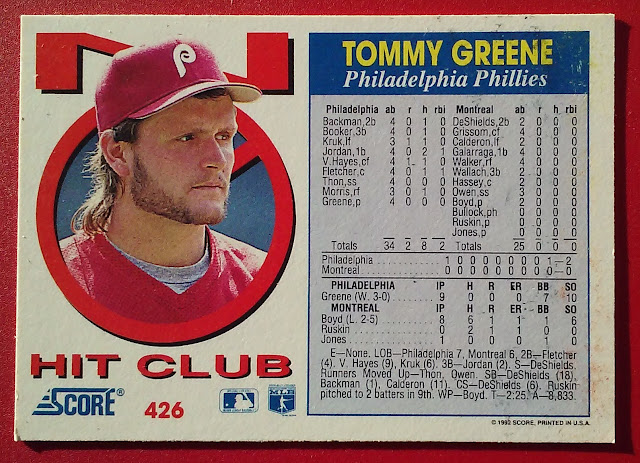 Lots of unknowns in the Phillies LineUp of May 23 1991. I vaguely remember Rod Booker and the short-lived Wally Backman era, John Morris rings no bells at all. We also have a John Kruk game with him playing in Left Field.

Among the hitters that Tommy Greene were Hall of Stats member Larry Walker, Andres Galarraga, and Delino DeShields. Greene struck out 10 Expos in the game including Hat Tricks for Galarraga and Marquis Grissom.

Greene's game was not without it's blemishes. He gave up seven walks which led to him facing 33 batters, which I suspect is a pretty high number for a no-hitter.

The opposing pitcher was Oil Can Boyd who had a pretty good game of his own 8 innings, 6 Hits and 1 run.

More Greene
The Tommy Greene No-Hitter gave Phillies fans a few other cards, over the next day or two we will take a quick look at these gems. 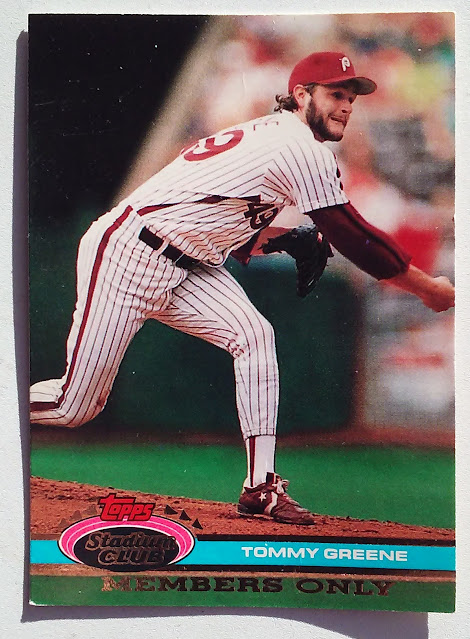 We discuss the above Stadium Club here. 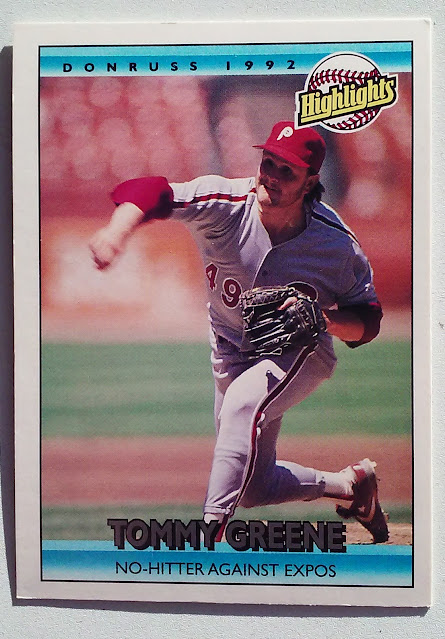