Last Year in the wake of the commotion regarding Topps awarding the #1 Card to Derek Jeter we took a look at the other lead off cards from Flagship. One of the things we found out was that the Captain had not made the top spot previously. 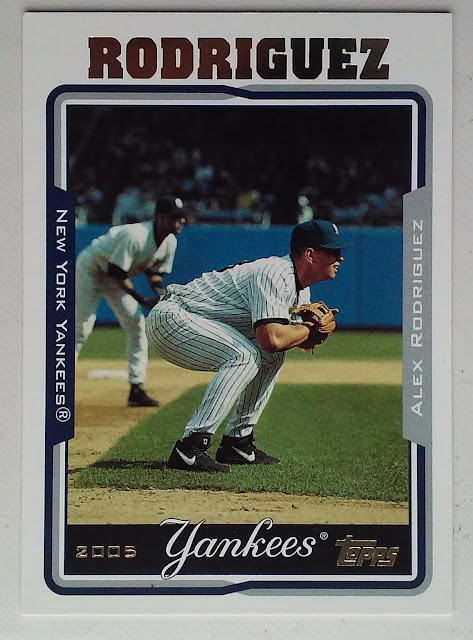 This isn't A-Rod's first #1 but it is the first time he was honored with the top spot as a member of the New York Yankees. I am not positive but I am pretty sure that is Derek Jeter hovering in the background. The photo and the card is a summary of Alex Rodriguez's Yankees career. No matter what he did Jeter would always be looming. 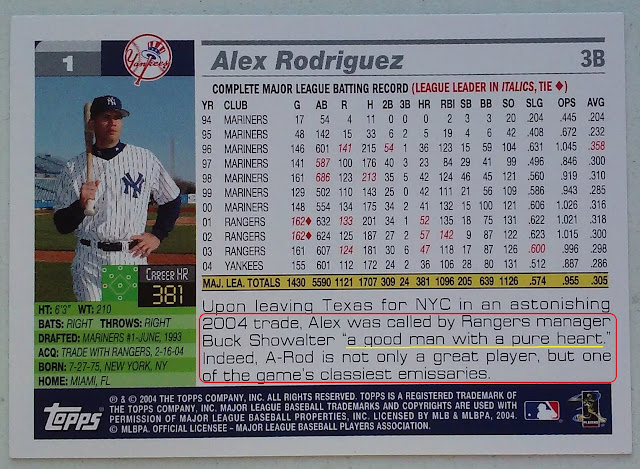 Given his polarizing career and personality, I found the Buck Showalter Quote and related Text on the back of A-Rod's 2005 Card pretty amusing.

"A Good Man with a Pure Heart" and "One of the game's Classiest Emissaries" are definitely not in the narrative I most often see associated with Alex Rodriguez.

Five Timers Club
Alex occupied the top spot four other times including three with the Yankees. He is the sole 5 time member of the Topps #1 Club.

(Four Scans below are from Baseball Card Database) 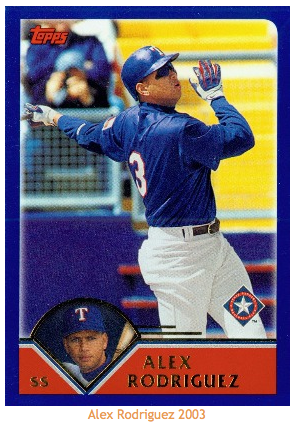 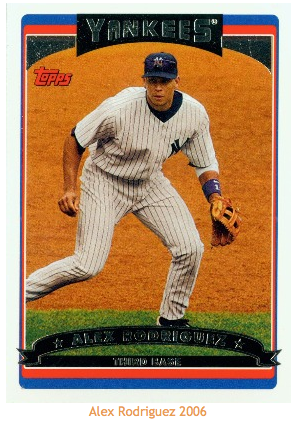 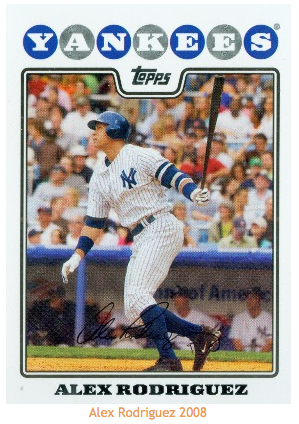 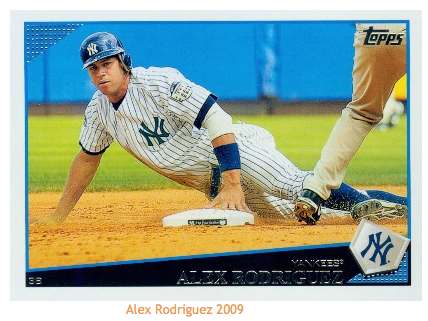 Realizing that Alex Rodriguez is a Five Time Topps Lead-Off player reminded me of "The Five Timers Club" sketch on Saturday Night Live. Essentially anyone that has hosted the show five times a member of an exclusive club. Folks in that club include Tom Hanks, Steve Martin, Alec Baldwin, Paul Simon and Justin Timberlake.

Alex is the charter member of the Five Timer Club related to #1 Cards in Topps.