And Then there are miracles - Chase Utley and Ryan Howard turned back time.

Utley Hit a Grand Slam and got a second curtain call, at this point what was a game at moved into theater. It was watching "the Natural' unfold in real life.

Later Ryan Howard would hit a moonshot Home Run into the Phillies Bullpen, after narrowly missing one earlier in the game.

The Philllies may have been down 10 runs, but for a few hours it felt like 2008 again. The crowd was good size, Everyone was excited and engaged - and I felt eight years younger, Now that's a miracle! 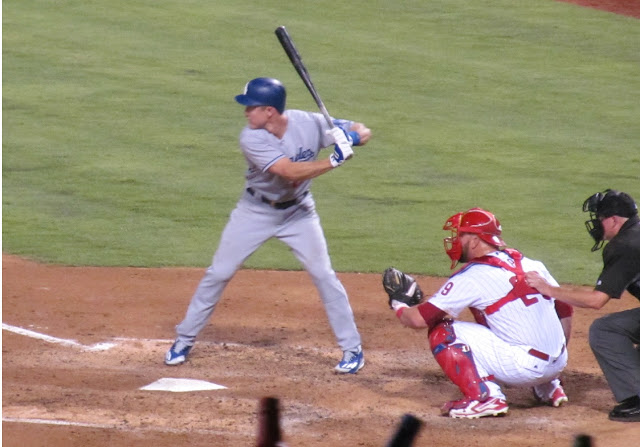 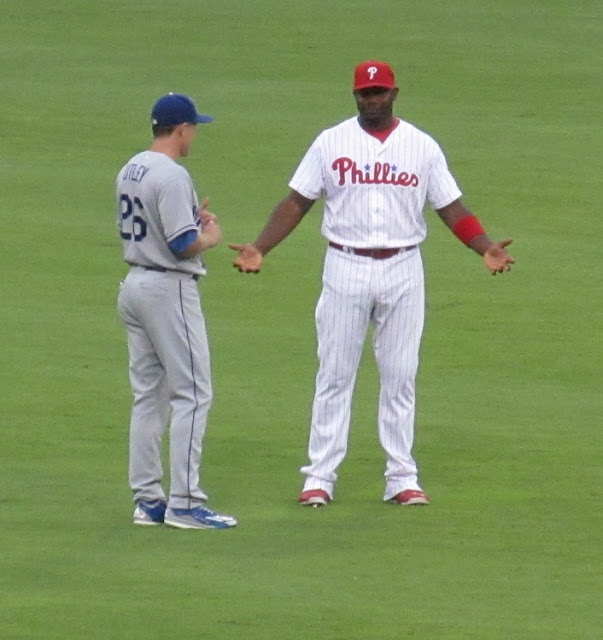 Utley and Ryan Howard Pregame. I think Howard is saying "well if you hit a Home Run, I am going to have to hit one too.." 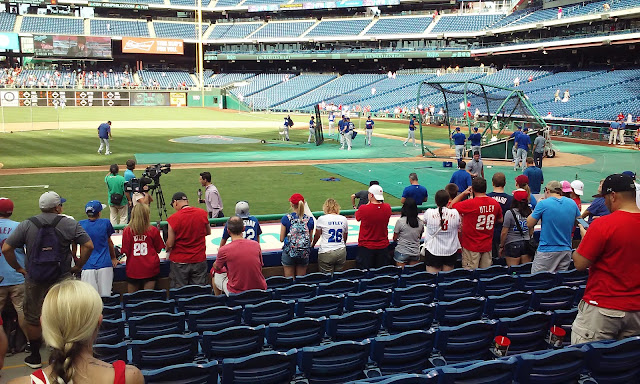 Utley signed a number of autographs pregame. The fans were four of five deep down the Left Field line. Good Guy Awards go out to Corey Seager and Chris Taylor who also were spotted signing for the fans.

Last night was Beatles Night - in celebration of the 50th anniversary of an appearance of what turned out to be the bands US Farewell tour.

Field Report
Our friends over at the Phillies Room were also at the game and they have their own field report which can be found here.