Today marks the 40th anniversary of an event that gave birth to one of my favorite cards from my youth. 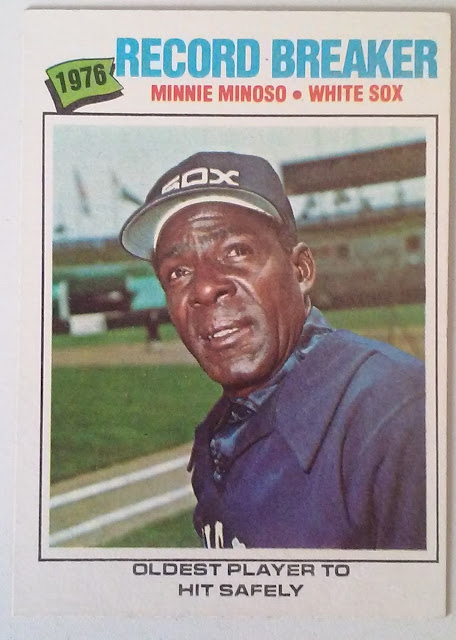 On September 12th 1976 Minnie Minoso started the first game of a Double Header for the White Sox. He was the DH and batted 9th. With two outs in the 2nd inning Minoso singled off of Angels left-hander Sid Monge. This made Minoso the oldest player to get a Hit in a Major League game.  is a 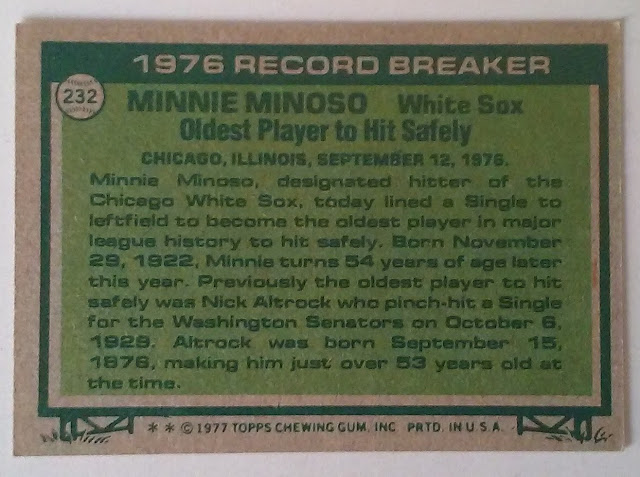 The Fact that the White Sox won 4-2 in extras is such an afterthought that the games outcome is not even mentioned on the back of the card.

Topps does mention discuss Nick Altrock who held the record previous to Minoso.  Altrock single was recorded for the Washington Senators during a 2-1 Loss to the Boston Red Sox. The hit was off of a 20 year old reliever named Pat Simmons, in what turned out to be Simmons last major league game.

Altrock was a pitcher who also had a side career as an entertainer, his interesting SABR Bio can be found here.