Check it out an Expos Posting! 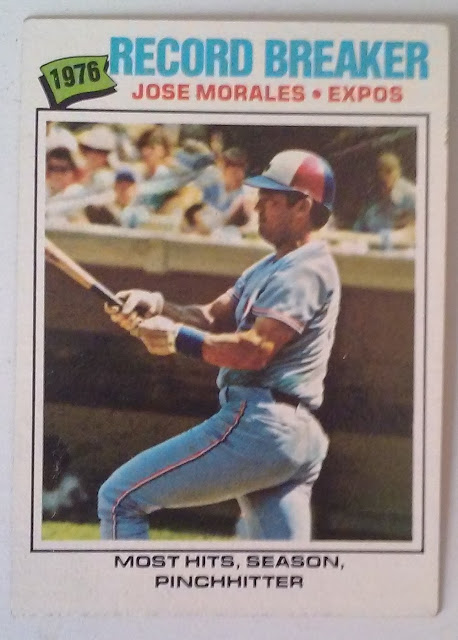 40 Years ago the manager Charlie Fox did something that he and the Expos previous manager Karl Kuehl had already done 73 times in 1976 - He sent Jose Morales to Pinch Hit.

Montreal was clinging to a 1-run lead but had the bases loaded. The scheduled batter was reliever Steve Dunning. Morales who had recorded 24 pinch hits on the season was the clear choice for the critical AB.

Facing future Hall of Famer Bruce Sutter, Jose Morales came through one more time. He hit a bases clearing double to put the Expos up 4-0, o their way to an eventual 4-3 victory. A grand total of 2877 Fans witnessed the feat - which is probably the appropriate number for a team that would go on to lose 107 games. 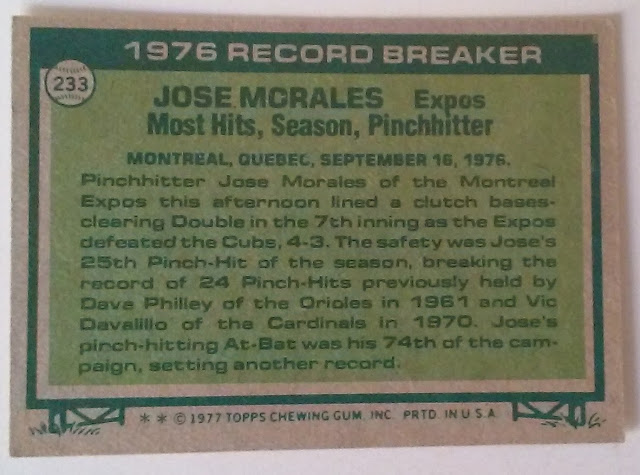 The flip side of the card has a synopsis of the game and includes nods to the previous record holders Dave Philley (who did play for the Phillies but not during his record setting season) and Vic Davalillo. Philley Remains the AL Record Holder today - A standard he has maintained for 55 Years.