The Phillies are hosting the Reds this weekend and tonight as part of the Reading the Competition (RTC) feature we are featuring a star combo card from the middle 80s. 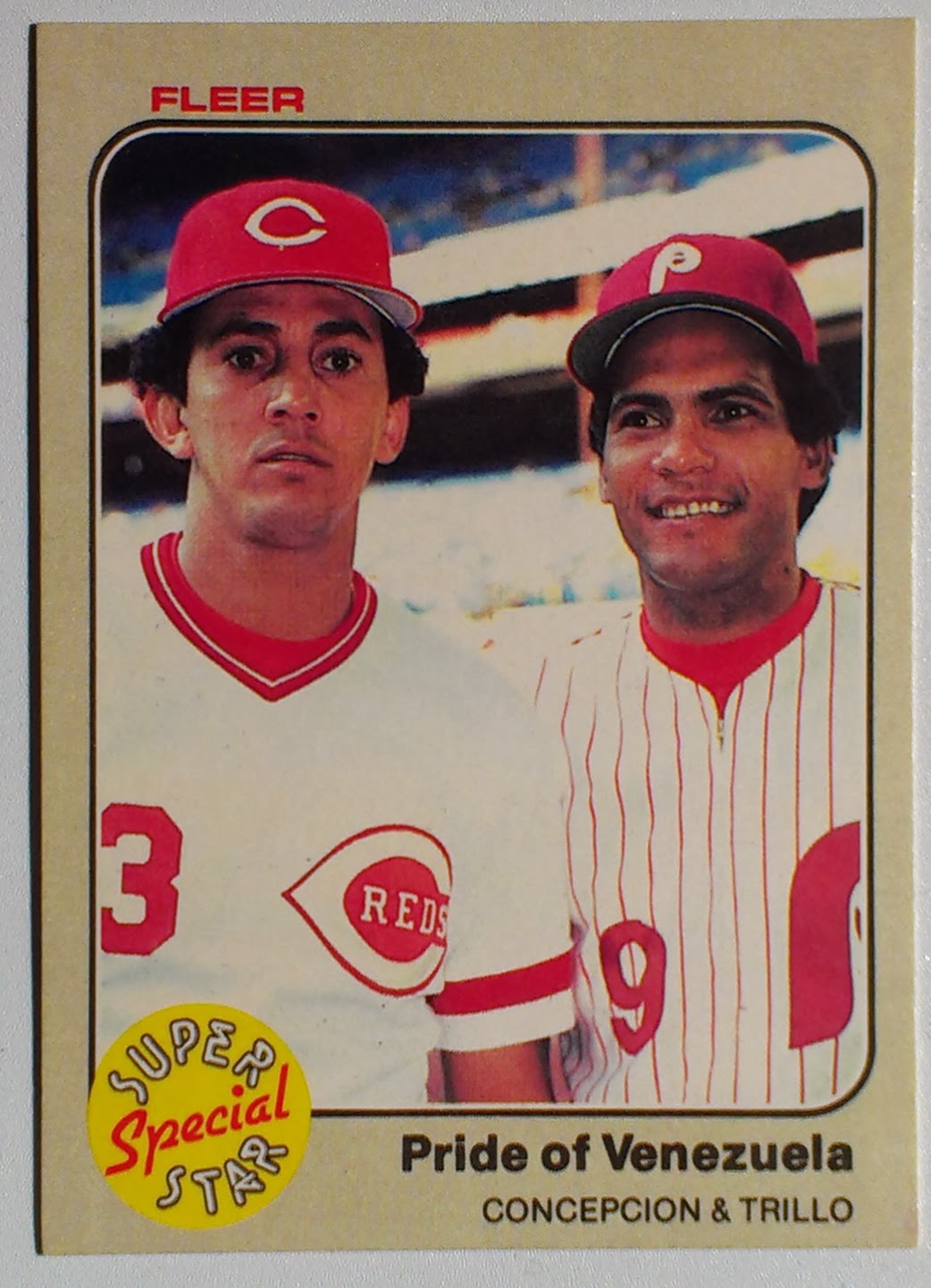 Dave Concepcion is a Hall of Very Good player who played short for the Big Red Machine for close to two decades. Manny Trillo was, of course, the starting second baseman for the Phillies 1980 World Championship squad.

Assuming there is no pre-phototshop cutting and pasting done in this photo, I believe this picture was taken at Olympic Stadium. Both Concepcion and Trillo are wearing Home Whites and the 1982 All-Star Game appears to be the only mid-summer classic where the duo would have crossed paths as members of the host squad during Trillo's tenure with the Phillies. 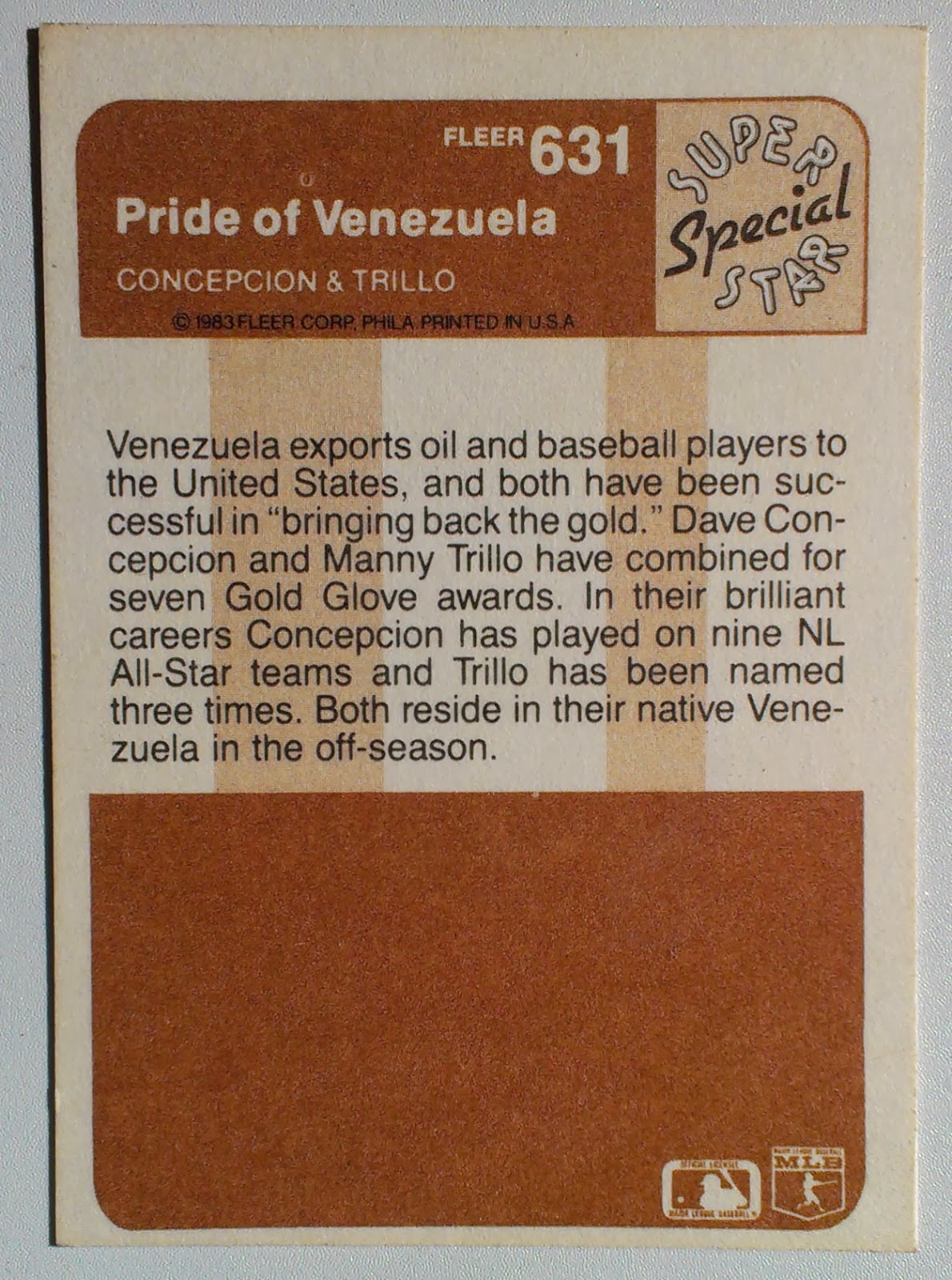 Fleer put together some nice copy here connecting the two Venezuelan Superstars with their homelands while also noting each players outstanding play in the field.

Dave Conecepcion was inducted into the Reds Hall of Fame in 2000 and his #13 was retired by the club on August 25 2007. His name comes up on the Veterans Committe ballot for the National Baseball Hall of Fame, but he is not yet inducted. Following his playing career Concepcion returned to his native Venezuela where, despite the countries many troubles, he still resides today.

Manny Trillo stuck around baseball as a coach for at least a little while. He worked in both the Cubs and White Sox organizations, The most recent references found him working with the ChiSox in 2005 during the Ozzie Gulllen era.

Super Star Special was an 18 card subset of 1983 Fleer that ran from #629-#646. The Phillies are represented on 2 other cards in the set, Pete Rose shares a card with the late Willie Stargell while Bo Diaz and Gary Carter who have both passed prematurely are featured on a catchers card.