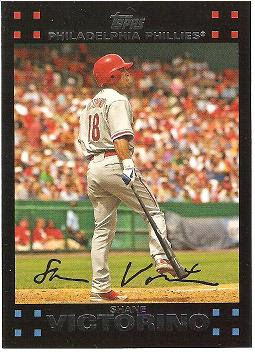 Phils take 2 of 3 crazy games from the Braves. All the games were tight late - The Braves scored 7 in the top of the 9th on Friday to blow open what was a 1-0 nailbiter. But Phils put together a pair of big comebacks on Saturday and Sunday to win the series.
Plus - Two comeback wins. The offense finally shows up.
Minus - The Phils defense lets down Cole Hamels as he throws in a clunker, giving up 9 runs over 3 2/3 innings. Philadelphia Daily News is reporting that Chase Utley has a nagging hip injury.
Meh - Philadelphia Soul win the Arena Bowl.
On Deck - The woeful Washington Nationals. The Nats seem to always play the Phils tough, regardless it's time for the Phils to rack up some wins against the bottom of the Division. Team Phungo will be paying a visit to Nationals Stadium on Thursday for the 3rd game of the set.
Scoop - Phillies Nation is reporting that J A Happ was removed in the 3rd inning of Sunday game. Sounds like he may be a trade chip.
Phungo Commentary - The Shane Victorino/Brian McCann collision perks my interest into Davey Lopes and his style of play. Lopes influence on the Phils success has been immense. Prior to Lopes the Phils could steal bases but not at the success rate they do currently. In 2006 (pre-Lopes) the Phils SB/CS numbers were 92/25 (79%, +67) then the Phils brought in Lopes to coach first and the numbers for 2007 were an incredible 138/19 (87%, +119) - This year that trend continues 87/13 (87%, + 74)
Lopes has made Shane Victorino into a great base-stealer. When Victorino first came to the Phils (a two time rule 5) he was pretty raw and didn't know how to use his speed - now he is a constant threat and rarely gets caught. 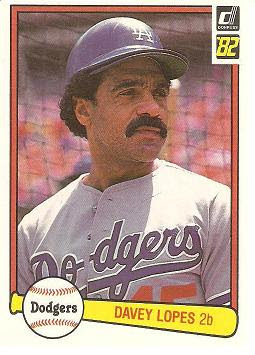