The Pull of the Month comes from one of several bargain packs that I picked up at the big K a few weeks back. This was one of two insert cards to come out of a .99 cent pack of 08 UD X. 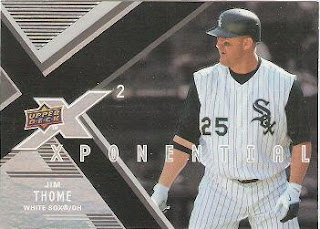 The X2 cards have a UDs version of a chromey finish and are pretty sharp looking - the Chisox black and white particular fits the card type. The back of the card commemorates Thome's 500th homer on 9./16/07. I was present for His 400th homer when he played for the Phils.

Thome was always a class act in dealing with difficult situations in Philadelphia and I hope his career can end on an up note. 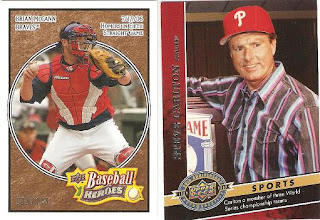 Two more cards out of the same lot of bargain packs mentioned above. Check out the that shirt on Lefty. 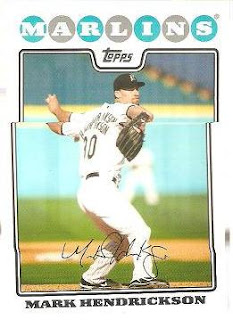 Garbage from 2008 Topps U&H. I bumped the scanner while running this card through. but liked the image - it only emphasizes the stupidity of placing the TOPPS logo in the top center of the photo. He we have the major leagues tallest pitcher being squashed by the branding mechanism. ugh.


Past Pulls of the Month

Lefty was a fashion plate...