Who Would You Root For? 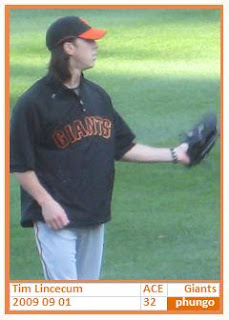 Like most Phils fans, I am trying to come to terms with the teams season which while somewhat successful can only be considered a disappointment at this time.

Looking beyond that for the short term, I remind myself that I am a baseball fan and I will attempt not to sulk to long - The 2010 World Series is upon us and I bring up an interesting question for Phillies fans and sports fans in general.

Do you cheer for or against the team that has just eliminated the squad you follow and cheer rabidly for all season.

It is an interesting question when I was younger I would of automatically rooted against the team that just kicked my teams butt. Things are different now - I have developed an allegiance to the NL over the AL for a variety of reason. I also see it as a badge of honor to be beaten by the champs.

There are a variety of other reasons I will support one team or another if I really don't have a stake (emotional or finaincial) in the result. In no particular order:

- NL over AL
- lowest payroll
- oldest stadium (those driving up tix prices be damned)
- former Phils I like over former Phils I detest
- players I like in general
- teams that have not been in the mix for a while
- rooting against players that annoy me and ex-mets.

This year I will be backing the Giants - congrats to the SF nine for their triumph over the Phils and their game 1 win v Texas. This is mainly due to NL over AL, plus for me Pat Burrell's several years of mixed service, but 1 World Championship trumps Cliff Lee's incredible half season of sheer dominance.

The Photo on the Phungo Card is a of course a picture of Tim Lincecum prior to a Giants-Phils game in 2009. Lincecum is a great study for amateur photographers like myself. His long dark hair makes him instantly recognizable even on the grainiest shadowy low-contrast photo.

The 2010 Phungo set did not go up to 55 so I gave Lincecum the card number of one time Phils Ace Steve Carlton. I also listed his position as ACE as the 2 time Cy Young award winner has definitely earned that distinction and now has a W in game one of the World Series to add to his already gaudy resume.
Posted by deal at 7:57 AM

I almost always root for the National League team. In 2006, I still wanted the Cardinals to win - I'd rather have my team lose to the World Series champ than the also-ran.