The December edition of the Philly Show was a real success for Team Phungo.  I was real happy with results of the vintage bins I checked out.  Here are some of the Highlights: 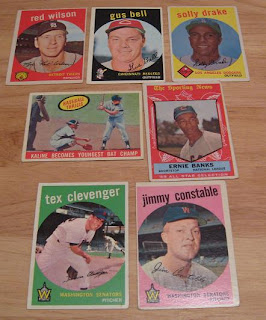 The quest to complete 1959 Topps set is in the home stretch.  Going into the show I needed 20 cards to finsh the set, knocking out 35% of the cards on my want list in a matter of  a few hours was a complete victory. 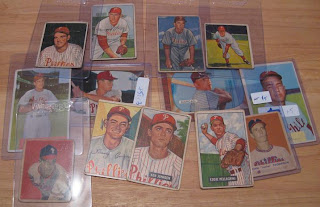 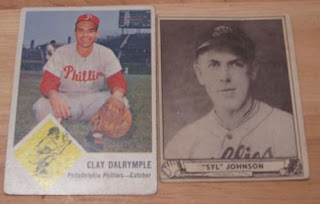 The Dalrymple is my first 63 Fleer.  $5 for a card that is older then my parents is a buy. The 1940 Phillies Play Ball Set is likely hard to build, it is 15 cards.  One of the 15 is Chuck Klein, which I would imagine commands a bit of a price tag. 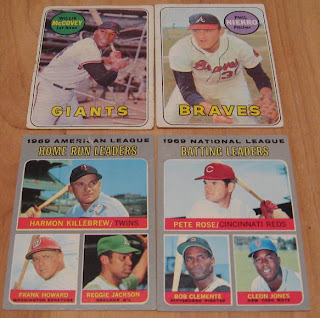 The first 3 cards were all 3 for a buck - The Rose/Clemente LL card went for a dollar. A stinking Dollar for Pete Rose and Roberto Clemente on a League Leaders card - That is like stealing.

The McCovey Card is in rough condition but the others are pretty decent the 1970 cards are in real good shape. 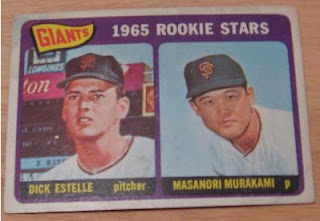 This is a card I have always wanted but never was interested in throwing down real money for.  Masanori Murakami is the first Japanese player ever to play for Baseball in the US at the Major League level - 30+ years prior to Ichiro.  Murakami had some success with the Giants in his only season in the Majors but was forced to return to Japan due to a contract squabble involving his Japanese team.

Murakami is still alive at the age of 67.  The Giants honored him with a bobblehead at a game in 2008.  More info on his wiki.

Those older Phillies Bowman cards look awesome. Glad you had a great time!

Wait..your parents were born after 1963? That would mean you're probably not yet 18 yourself? Is it true we have a youngster collecting vintage here?