This is just one of a couple new directions we plan on taking Phiungo in the future.  My wife and I have become foodies over the last several years.  I am going to try and document some of our adventures in the culinary world.

This first food related posting is related to a recent trip we took with 2 other couples to a restaurant on Philadelphia 13th street mini-dining row.  Jamonera has a fun atmosphere and terrific food.  I believe Jamonera is the Spanish word for Ham and this is very appropriate as any dish containing ham or bacon was solid.

Sorry, I don't remember all the dishes that we had and the on-line menu does not appear to be up to date, but I wanted to publish some pix anyway with descriptions to the best of my ability. 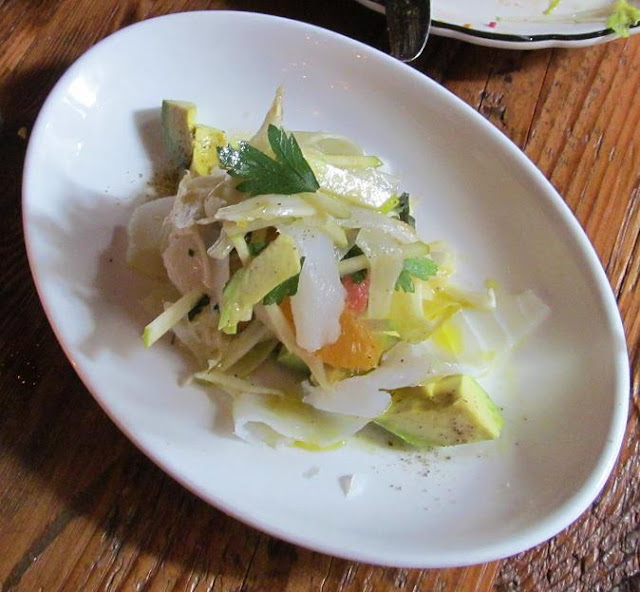 This may be he Aguacate - liked this one - citrusey with avocados 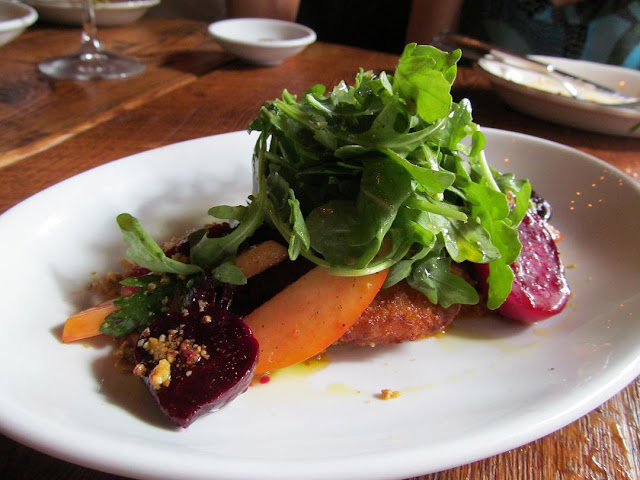 Jamonera's version of the ubiquitous Beet salad.  That is deep fried goat cheese as the base.  Among the best Beet Salads I have had at various places in the last year. 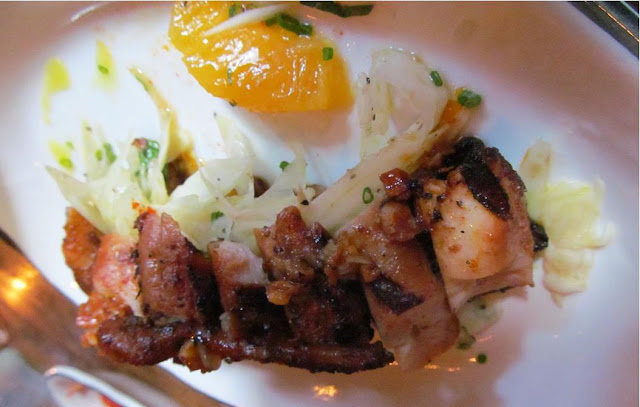 I believe this is the Calamari - This is the one dish that was I felt was a little too decadent.  The calamari was fried with chorizo, which seem to strong for the rest of the dish. 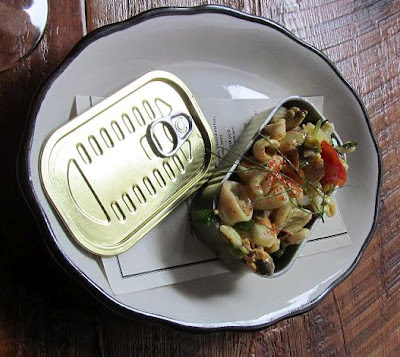 Other notable dishes that I did not photograph were the decadent Spanish Breakfast, and the Stuffed Medjool Dates which were excellent.  I was just a tad disappointed with the Albondigas - which are offered at the Jamonera sister outpost Barbuzzo.  My memory of that dish was likely so good, that I was setting myself up for a bit of a disappointment.

We had a party of six and Jamonera handled our table excellently.  Service was courteous, prompt and very helfpul.  Tapas meals are sometimes tricky, but there were no pacing issues at Jamonera.  As noted above the food was very good with several dishes being quite noteworthy - Every dish was plated beautifully, the pix posted here really don't quite capture the various tapas as nicely as I would have liked.

One of the missions of Jamonera is to introduce Sherry to their patrons.  Our server did well guiding me through the Sherry menu.  Ultimately I don't think Sherry is for me, but it was fun to try and get some background on the drink.

Value
Including Drinks Tax and Tips are meal came out to just under $110 per couple - which may sound like a lot for Tapas.  For the quality and execution of the meal I actually found the pricing quite reasonable  I should note that we did not have desserts.