Tempus Fugit - 5 years ago This blog was in it's infancy and the Philadelphia were World Champions.  A lot has happened in those five years.  The Phillies aren't nearly the same squad but it is fun for a day to look back at that magical 2008 run. 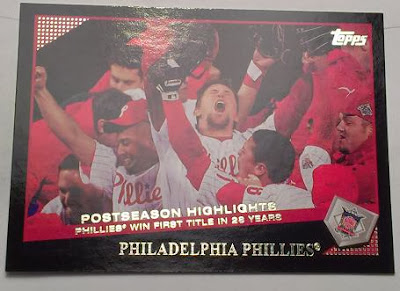