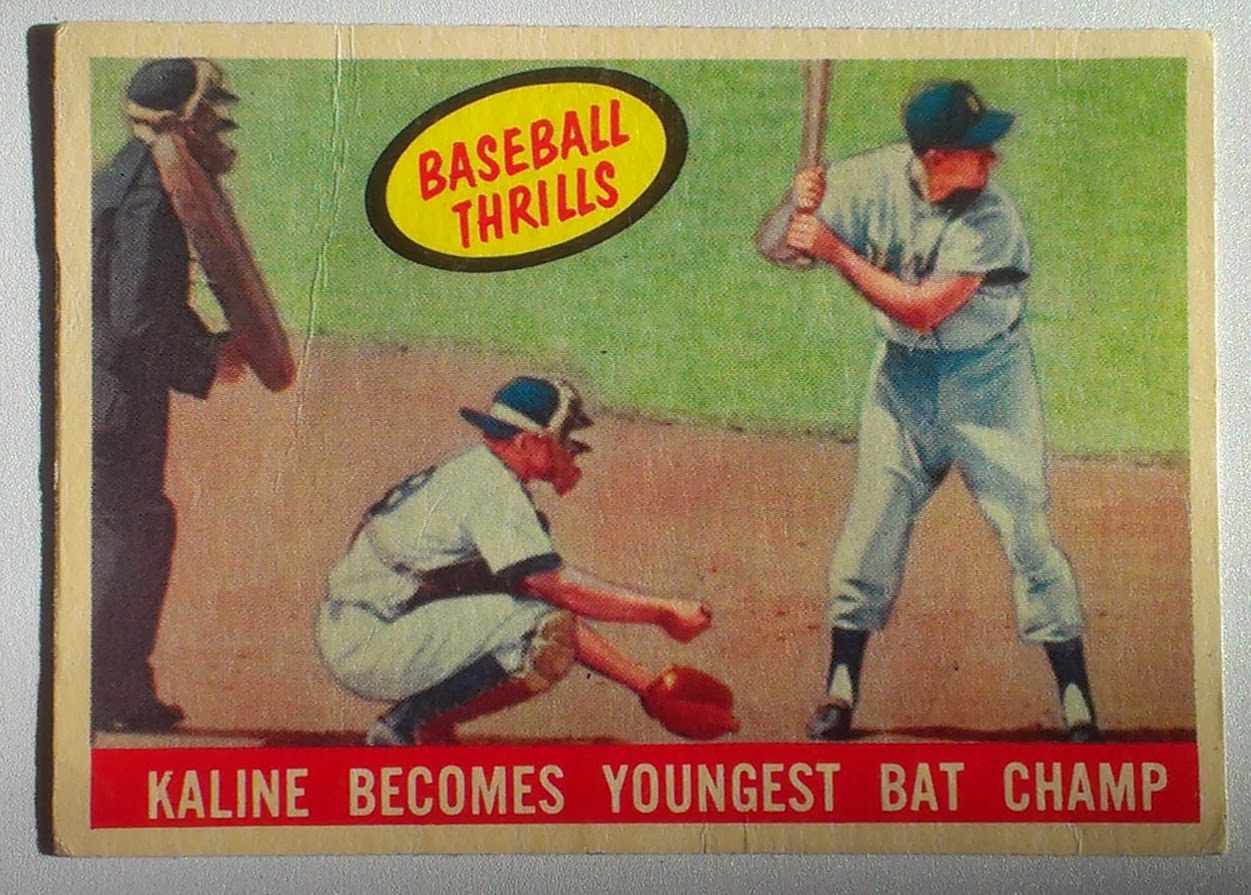 60 years ago on this date Al Kaline turned 20, the following year he would pace the American League with 200 hits and a .340 batting average. The above 1959T card celebrates Kaline's batting title.  Kaline finished 2nd in the MVP voting that season, the award went to Yankee catcher Yogi Berra.

We have already featured this card in July of 2013, but I wanted to put up a fun card for Kaline's birthday, additionally this is one of the 1959 Topps BT cards that we have yet to cover in our subset series. The flip side of the card goes into some more detail on the first few seasons of Kaline's Hall of Fame career.

In 1955 Al Kaline was the youngest Batting Champ and I believe he remains the player with that distinction today almost 60 years later. That season he collected 200 of his 3007 hits.

The 15 time all star played his entire 22 year career with the Tigers, Winning a World Series Title in 1968. His career 92.5 WAR ranks 7th all time among Right Fielders.

Happy 80th birthday to one of the all-time greats