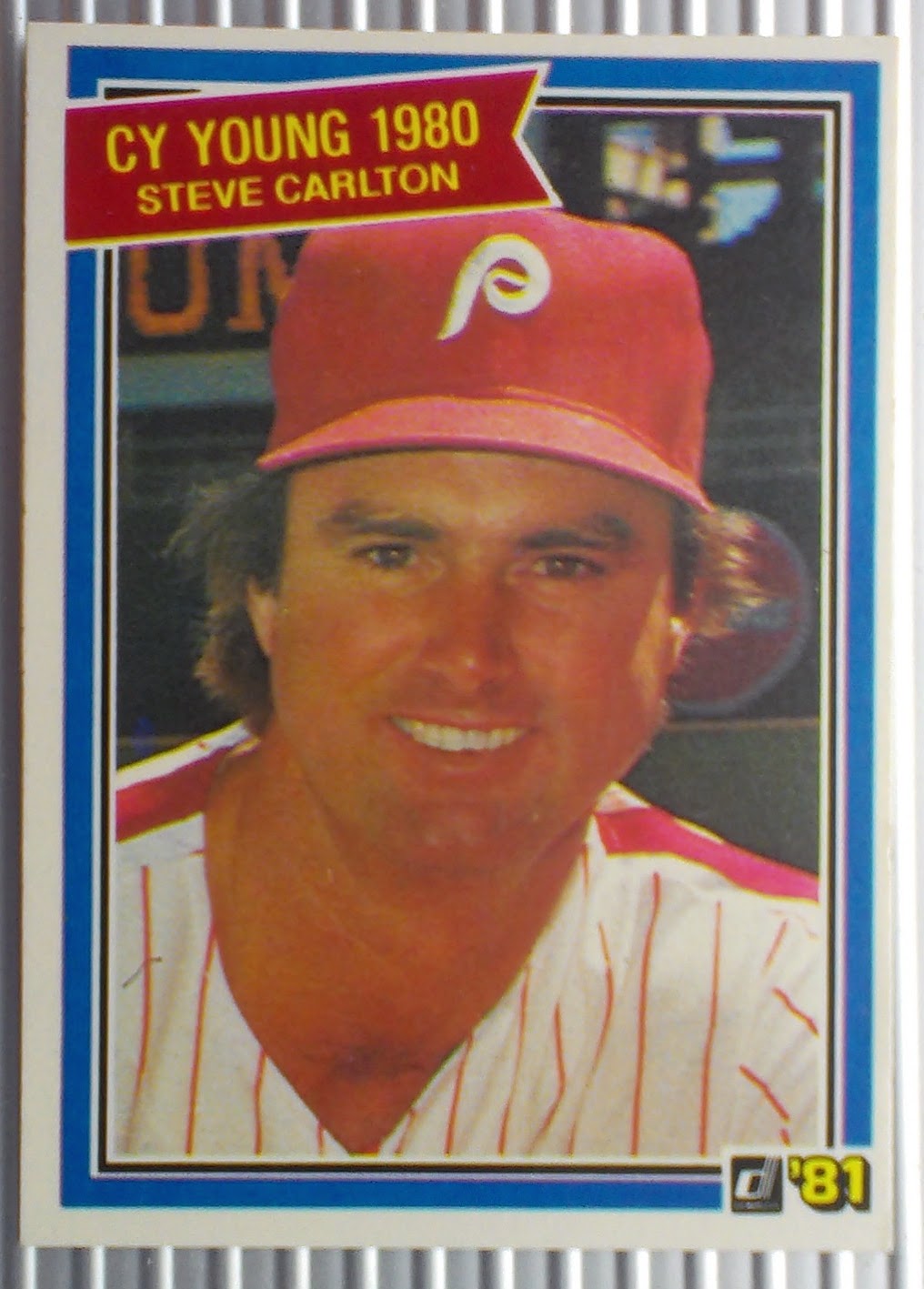 There was a twitter exchange last week where Andy from @HighHeatStats noted this will make a lot of us feel old.

Andy is correct. As a hero of my youth Steve Carlton remains perpetually 35, the age he was the night he started and won game 6 of the 1980 World Series. 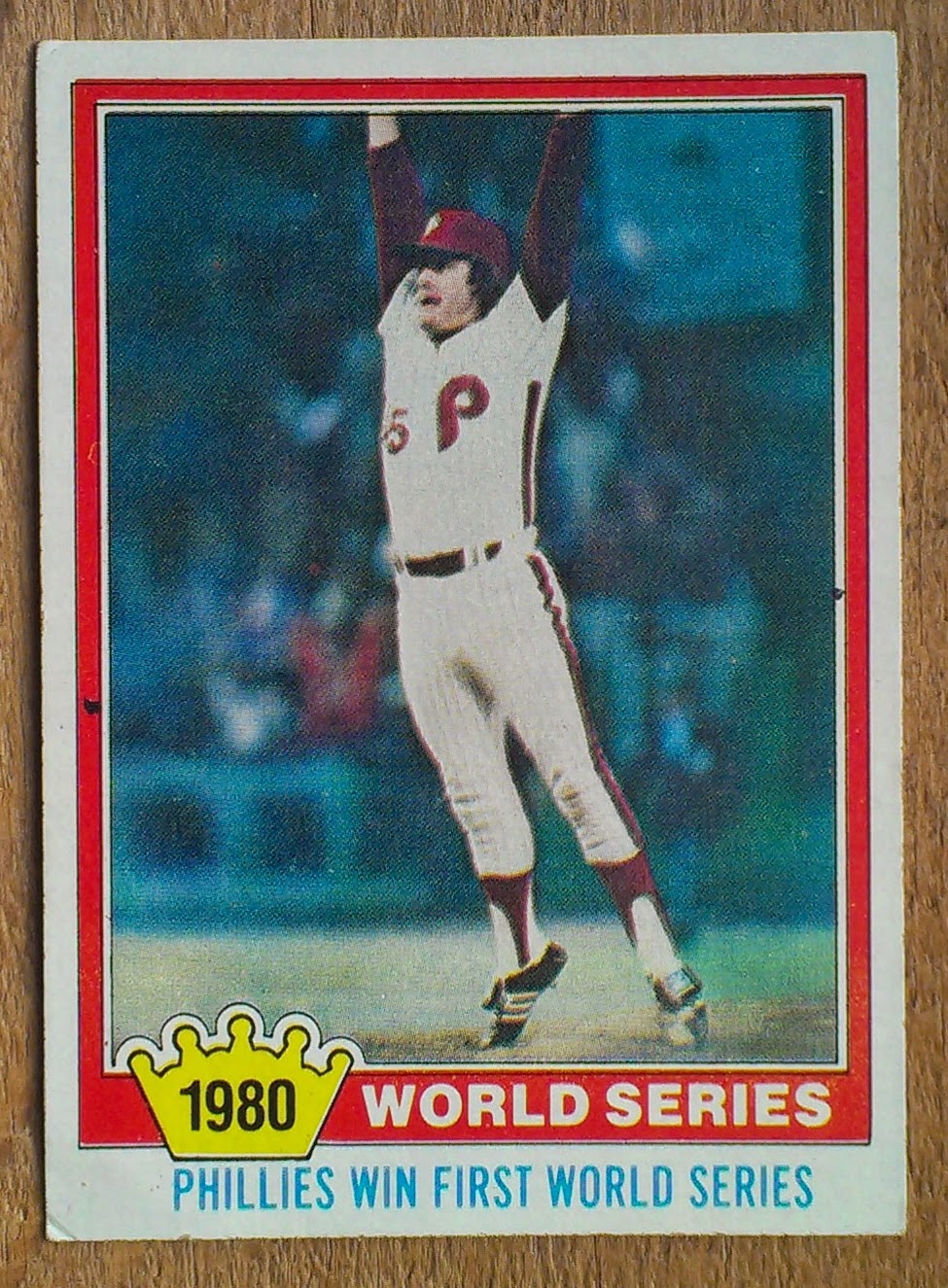 Of course the calendar inevitably turns and Steve Carlton did not stay perpetually 35. He did pitch pretty well for another couple of seasons (Another Cy Young in 1982) but eventually age and 24 years of fastballs took their toll. In 1988 Carlton retired at the age of 43.

1981 Donruss
Since the above Steve Carlton card was published in 1981 it is likely the photo was taken 35 years ago during his magical age 35 season. A man in the middle of a Cy Young season on the edge of winning a World Championship.

1981 is the inaugural set for Donruss. The 600 card checker consists strictly of players with a couple of Manager and Coach cards. There are no subsets cards with the exception of four special cards for the MVPs (George Brett and the Phillies Mike Schmidt) and Cy Young (Steve Stone and Carlton)

I remember opening these in 1980. I enjoyed the card being new and different. I thought the backs had a fresh and interesting approach, but they also seemed cheap. They were thinner and if I recall correctly they had a lot of card dust from the cutting process.