Some highlights from a recent Blaster purchase of 2015T Stadium Club. I think I may have picked up a single loosey as well, can't remember. 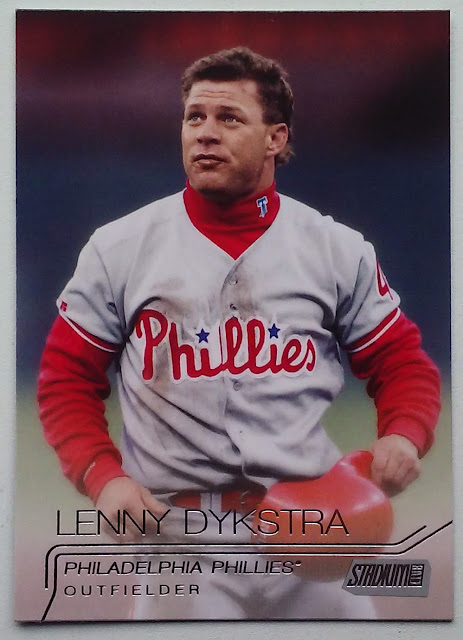 The Sole Phillie in the 40 card bounty was or retired centerfielder - convicted criminal Lenny Dykstra.

As with most Stadium Club cards we have a nice shot - full bleed. The TSC design is minimal - showing of the photo more, but unremarkable. Dykstra is bundled up here, wonder if this is from a road opener somewhere. I am a fan of the Liberty Bell flair whenever it shows up on Phillies attire on a card - you can see it here on Dykstra's turtleneck.

I like to post Breaks in the form of an all-star team of the cards drawn. Sometimes it is the best players, but often it is the most interesting photo or card design/shot combo 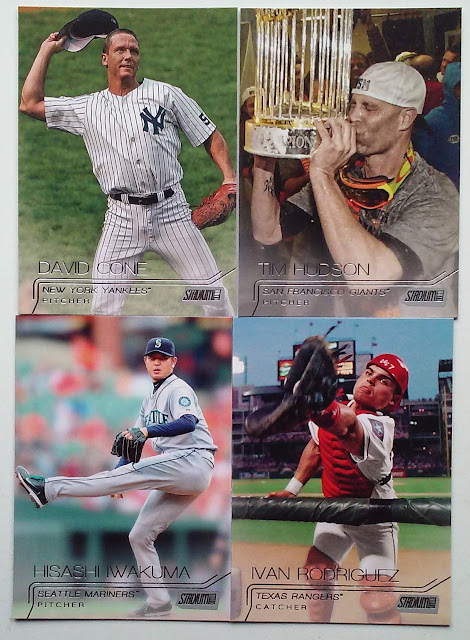 I think we were pitching light which is how Iwakuma got the nod, but the rest of these shots are great.  I may return to the Cone card as part of our Year of the No-Hitter Series. The Pudge card needs to rank among the best in the set - I want this shot on a Carlos Ruiz card. 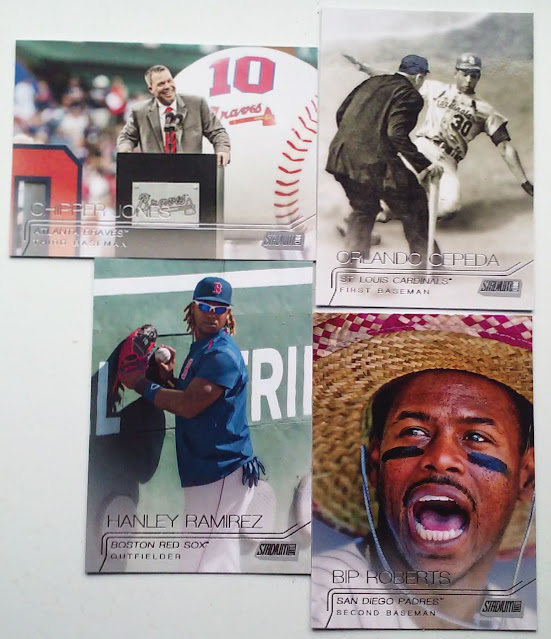 I like the Ramirez card as it is a nice nod to both his changing teams and changing positions. It is a card that pays off on the viewers baseball knowledge. Note I moved Hanley back to Shortstop for this posting as the position was left vacant by our 40 card blaster.

Including a handful of Black n White hots is a nice touch in the set. The entirety of Orlando Cepeda's career was probably in the color photography era, but it is nice to see the B/W shot here. 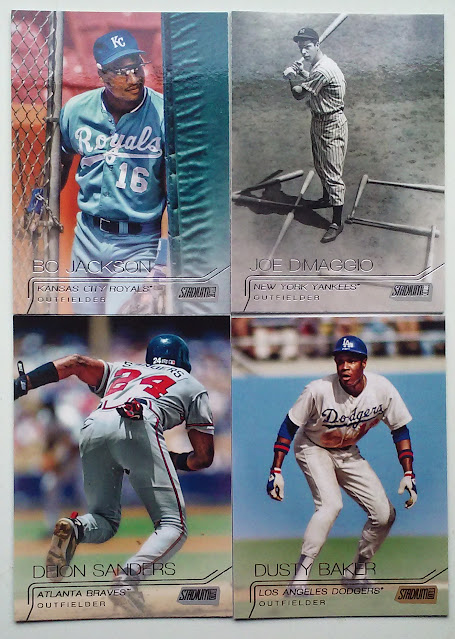 Lots of stuff going on here, The Bo Jackson card gives us an interesting candid shot -
Something that is hard to capture. I typically dislike any shot from behind the player but the Deion Sanders card is ok, there is action and it is with one of the premier basestealers of the era. Dusty Baker is getting a lead from 2nd or 3rd, which you don't see on many cards - also it is hard to pick up but this is a Gold insert.

The Joe DiMaggio B/W is apparently noting his reach 45 games in his hit streak. At the time this tied Wee Willie Keeler for the major league record - this is another card I would like to return to at some point. 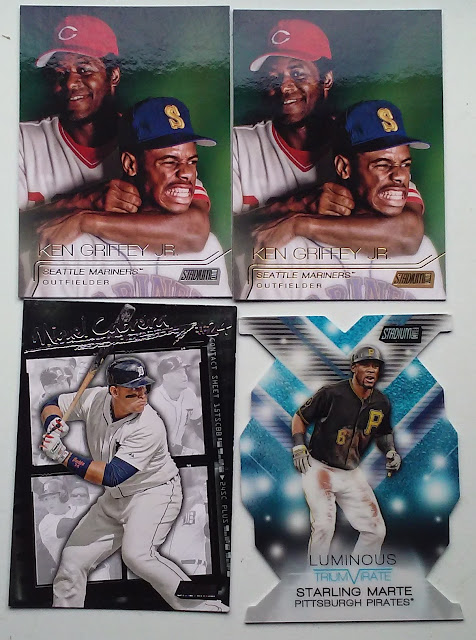 The Griffeys card is a fun one, will probably see this one a lot in the next year especially come Father's day. Here I have presented the base and Gold for side/side comparison.

The two bottom cards are inserts that I don't understand.

Love the Chipper and Deion Sanders cards. Chipper is showing his age and Deion is showing is speed on the base paths. Nice job Topps.