Terry Mulholland made year of the No-Hitter official by pitching the seasons eighth no-no en route to a 6-0 Phillies victory over his former club, the San Francisco Giants 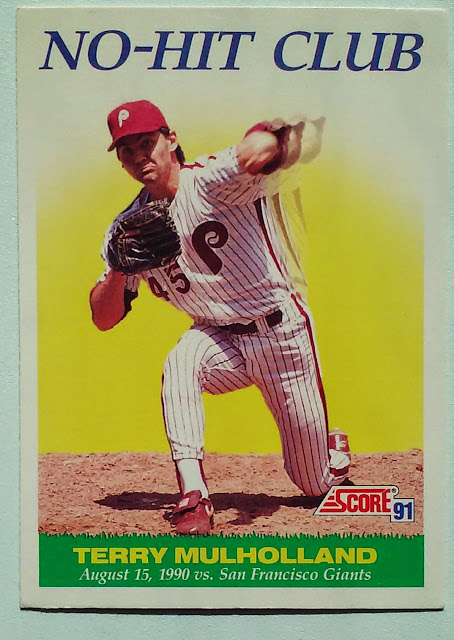 Only one hitter reached base in Terry Mulholland's No-Hitter, Rick Parker on an Error by Phils Third Baseman Charlie Hayes. Hayes made up for his error when he speared a line drive off the bat of future Hall of Famer Gary Carter for the final out of the game. 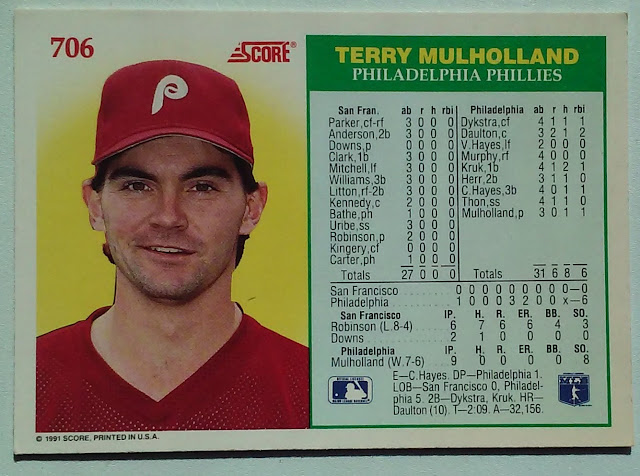 Terry Mulholland's pitched to the minimum in the no-hitter as Parker was erased on a double play two pitches after he reached. Notable players in the Giants lineup included Will Clark, Kevin Mitchell, and Matt Williams.

No-Hit Cards
Earlier in our no-hit series we dedicated several posting to Nolan Ryan due to his record setting prowess in pitching gems. Similarly we will be putting together a miniseries for Terry Mulholland since he is a member of the local 9. Just posting the Cards here, will have an addendum on each of these cards over the next day or two. 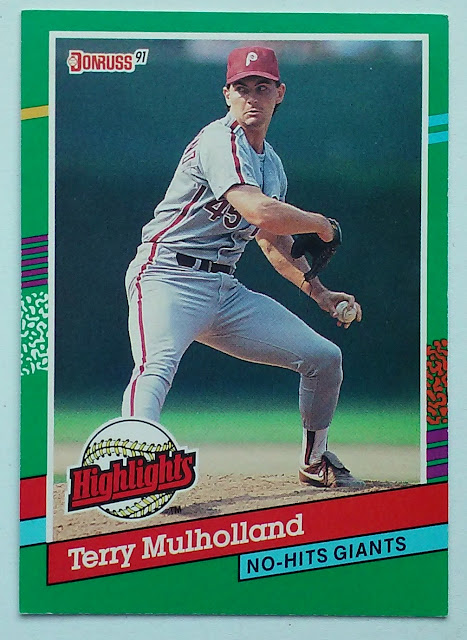 I didn't know about that Fleer box bottom card. I'll have to on the look out for it.