I guess I am rooting for the Dodgers this year (sigh) 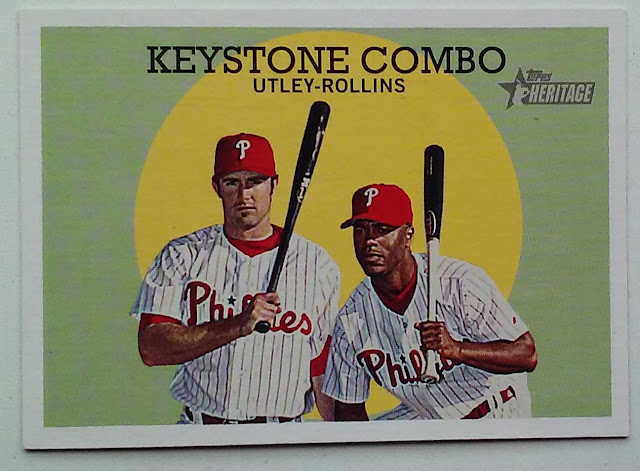 My least favorite team as a Kid was the Dodgers, this year I am pretty sure I will be pulling for them though.

This is the first card I thought of when it became evident that the 2008 Middle Infield would be reunited on the West Coast. 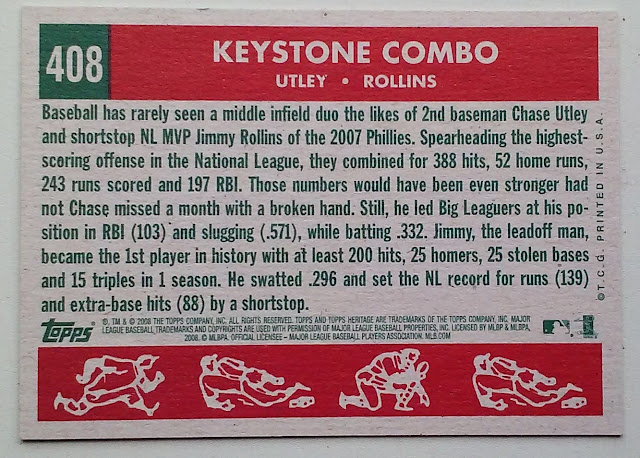 I like the card because it lives in the spot that was originally inhabited by a White Sox card that featured Nellie Fox and Luis Aparicio. Both of those middle infielders went on to the Hall of Fame. A Dodgers 2015 World Series triumph would certainly help both Utley and Rollins HoF resumes.

I plan on visiting the original Fox-Aparicio card in the future until then you can check this out: 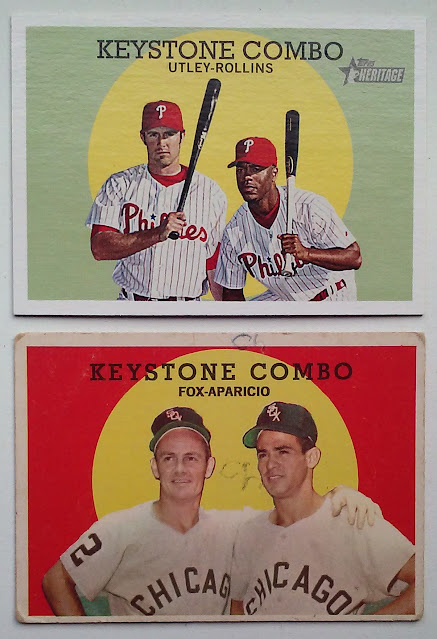