With the Dodgers hosting the Cubs during the middle games of the NLCS we turn to one of the LA representatives for our 1976 All-Star Game retrospective.

In 1976 Steve Garvey made the third of his ten All-Star teams. He was the only infielder that represented a team other than the Reds. 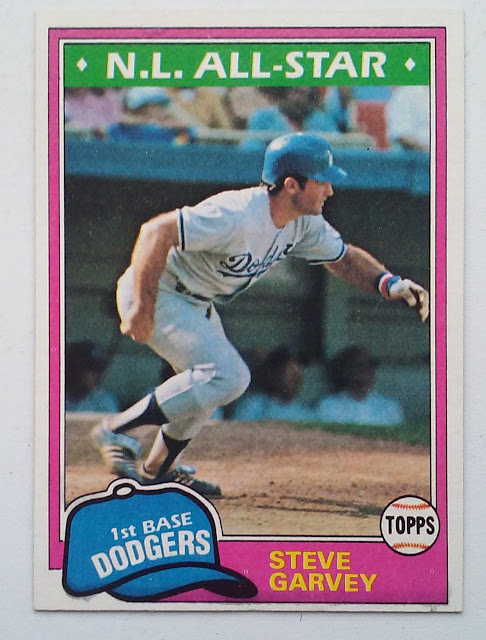 Garvey went 1-3 in the 1976 All-Star Game. In the first inning he picked up an RBI on a triple off of Mark Fidrych and later scored on a ground out by George Foster. The two runs gave the NL Squad a 2-0 lead which they never relinquished in the 7-1 victory. 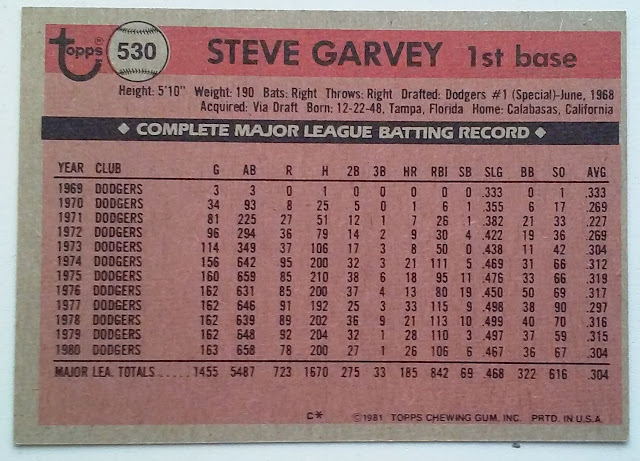 Just one thing I wanted to note from the back - check the Games Played column. 1980 was the last of six consecutive years that Garvey would play 160 games or more. He played only 110 in 1981, but that was because of the strike. He would return to play the full 162 the following season.

Garvey started a consecutive games played run on September 3rd 1975 that would continue until 1983. The streak reached 1207 games on July 29 1983 and ranks fourth on all-time list.