We had a lot of excitement around Phungo HQ over the weekend and I didn't get around to put together a column on an HOF celebrating a marquee birthday. 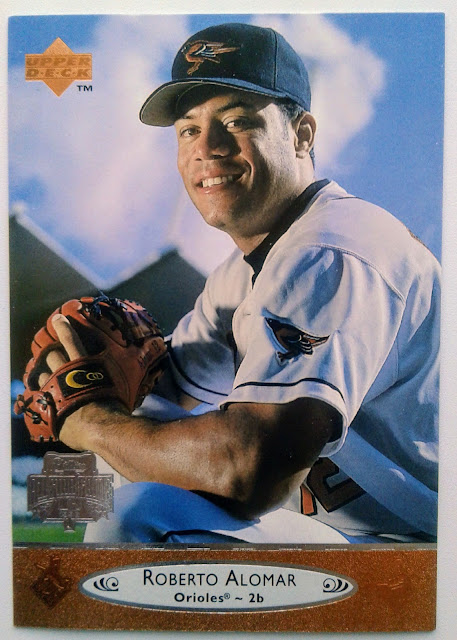 Roberto Alomar may already be used to having his birthday ignored. Despite being an Hall of Fame player he is only the 2nd best player born on February 5th, ranking behind the Great Henry Aaron. Alomar was admitted to the Hall as part of the 2011 class with Bert Blyleven.

During his 17 year career Alomar donned seven different uniforms. His stops that most affected me were probably with the Blue Jays (which I will avoid discussing), the Orioles and the Mets.

1996 UD All-Star Game Jumbo
For our Robbie Alomar profile I picked out an oversized parallel of a 1996 Upper Deck base card. When Philadelphia hosted the 1996 All-Star Game UD put together a small limited release set of Jumbo cards for the event.

The cards are exactly the same as the base cards but twice the size. To illustrate the size difference of the cards size we have enlisted the help of the Phillies middle infield of the era, Mickey Morandini and Kevin Stocker. 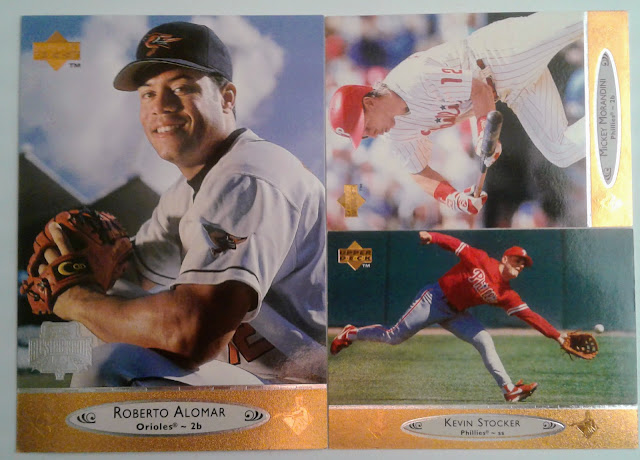 We also see that the designs of Jumbo and base are identical, with the exception of the 1996 ASG flare. It is a bit hard to make out but in the bottom left of the Alomar card is the liberty bell shaped logo. For a better look at what the logo check out the Game Ticket featured in our Rickey Botallico posting.

Since this is a parallel of a base card likely released well before the season began, neither the photo nor any information on the back of the card have anything to do with the 1996 All-Star Game or season.

1996 ASG
Robbie Alomar was the started at second base for the 1996 AL All-Star team alongside his Orioles Double Play teammate Cal Ripken. All Three of Robbie's plate appearances came against future Hall of Famers: John Smoltz,  Tom Glavine and Pedro Martinez. Alomar's lone hit was a single off Pedro in the 7th. The Box Score to the 6-0 NL Victory can be found here. 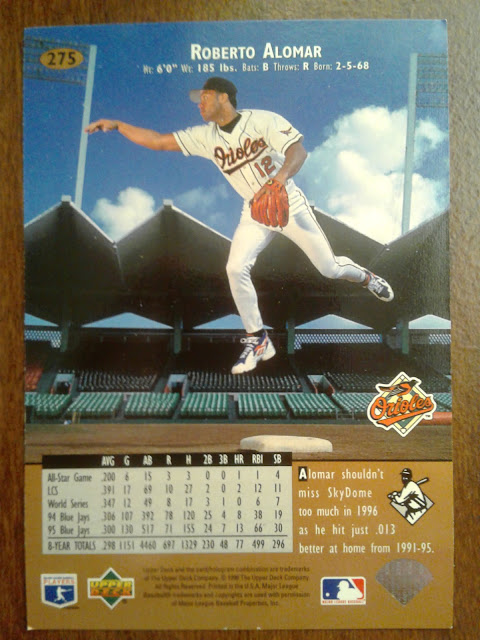 As mentioned above the backs are duplicates of base cards. This include the card numbers which remain unchanged despite the Jumbo being only a 18 card set. The Stat lines vary from player to player. If they have Postseason or All-Star experience those numbers are included, otherwise the stats for the most recent seasons are listed. Robbie gets ASG, LCS and World Series - Those numbers include His Stat line form the 1993 Series vs the Phillies 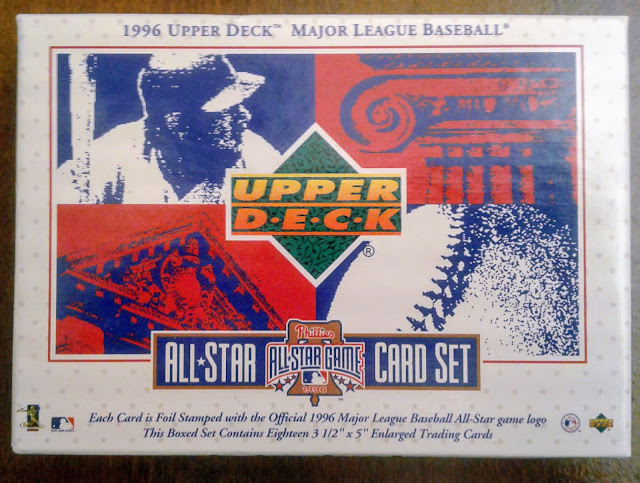 Here is the box set cover. The verbiage at the bottom notes the the ASG Stamp and the fact that the set consists of "Enlarged Trading Cards" 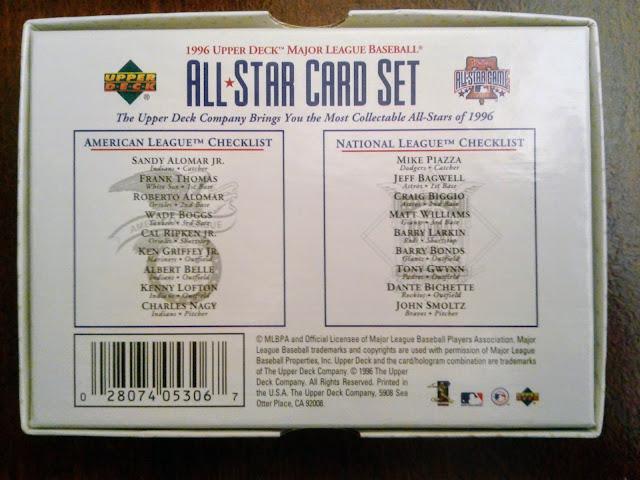 The Checklist is on the Box Bottom

The 1996 ASG is a Future Series for Phungo and I anticipate this Box Set being a fun part of that series. For now this is the Index/Checklist for postings related to the Subset.