On Thursday February 21st Alan Trammell celebrates his 60th birthday. His first as a Hall of Famer. 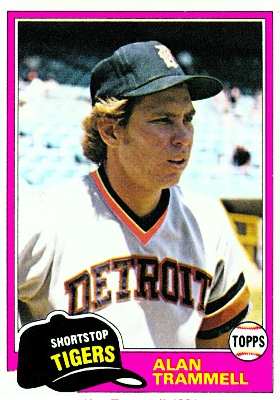 In this photo on his 1981 Topps card the Tigers Shortstop has a "You have Got To be Kidding Me" expression. An expression that many a SABRmetrician had each year when Alan Trammell was rejected for Hall of Fame induction.

This past December after a long wait Alan Trammell was selected for Hall of Fame induction by the latest incarnation of the Veteran's Committees. 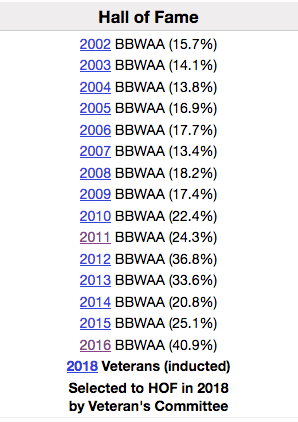 Fifteen tallies and Trammell never got more than 50% of the vote. That is an awful lot of NO votes.

Trammell's HOF case is complicated. His career numbers are a tick below the traditional "Hall of Fame Thresholds". Hits = 2365, HR = 185, RBI = 1003. He checked the box on a World Champions and has some All-Star, Gold Glove and Silver Slugger hardware. Unfortunately he did not come up with the MVP, However....

Two years ago in my HOF ballot discussion of Trammell I examined the 1987 MVP award which I felt he deserved over George Bell. While I felt that two candidates were pretty even overall for me one big factor pushed Trammell past Bell. He performed better down the stretch when the players two teams were vying for the same division title.

1981 Topps
In general I like the 1981T design. I think the use of a cap as the palate for the Team & Position info is unique in the Topps canon. In fact I am not sure baseball cap icons have been used on many sets Topps or otherwise. However, I am not fond of the color combo given the Tigers by Topps. Purple & Black just appear to go together in this format, Works for Rockies Pinstripes but not 1981 Topps.


Flip
Check the Title of this posting. First we mentioned a Birthday, which we covered in the first sentence. But we also specify an Anniversary well... 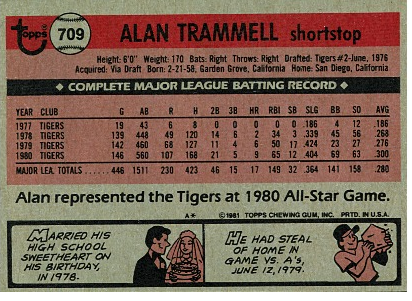 June 12 1979
The latter cartoon notes a Steal of Home by Trammell during a 9-2 Tigers victory over the Oakland A's. I am not sure, but this steal may be a borderline violation of an unwritten rule. The Tigers had an 8-2 in the bottom of the 8th inning.

The steal was so insignificant that it did not even make the Sporting News Write up for the game.

Although the write up does mention that the game was one of two led by Dick Tracewski who was holding the post on an interim basis until Sparky Anderson could take over. Perhaps Tracewski was trying to get the team in a more aggressive mode prior to Sparky showing up.