Phils win 3-1 behind a strong outing by Kyle Kendrick.  Game finished in a brisk 2:38.  Home by 10:30 on a school night - and if you really wanna believe, you can almost tell yourself that the Phils are in the Mix. 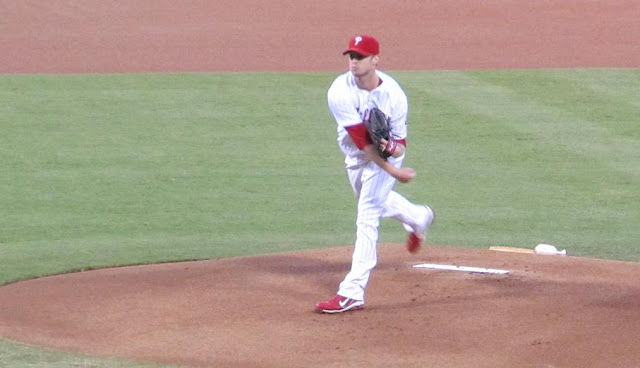 Hero of the night - 2 hits and 3 walks 1 run over 7 innings.  It is time for me to admit Kendrick has a shot of being a decent starting pitcher. 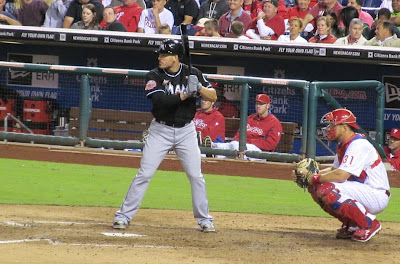 Greg Dobbs
A member of the Phillies 2008 WSC team.  Dobbs started at 3rd for the Marlins

Jose Reyes from the same angle 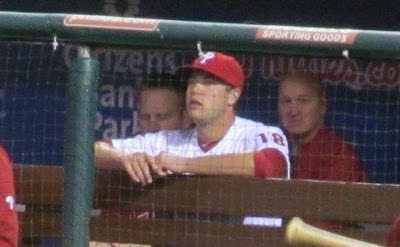 Darin Ruf
Ruf who had 20 Home Runs during the month of August for the Reading Phillies officially joined the big club on Monday.  He did not get involved in the game however.  I think he is watching the Phanatic on the big screen in this shot. 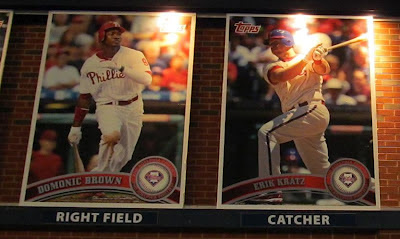 Brown was issued a couple of cards in the 2011 set, but I don't think any featured the above photo.  I am not sure Kratz ever made it into 2011 Topps, despite getting a handful of ABs with the big club.
Posted by deal at 10:14 AM