The 2012 Phillies home season ended with a whimper, which is pretty much how the whole season went.  The only highlight of the Phils 7-3 loss was a bases loaded double by the recenltly promoted Darin Ruf.  That happened early but the Phils pretty much left Gio Gonzalez off the hook after getting some runners on in the 1st and 2nd innings. 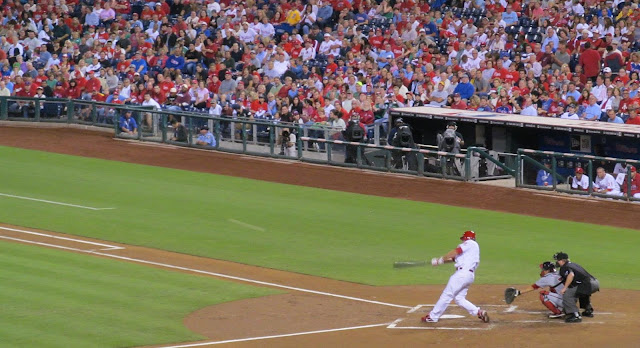 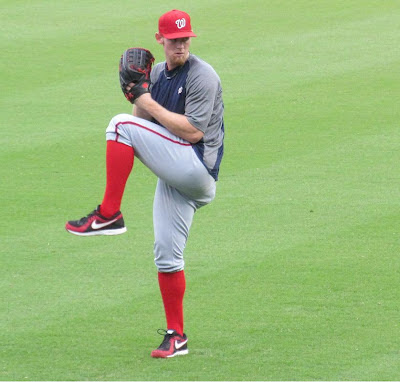 He may not be pitching in games but Strasburg is still getting his work in - He was doing long toss with the other pitchers and looked like he was working on keeping his mechanics sharp.

GGAs go out to Strasburg and Ian Desmond for the bad guys.  Several Phillies including Chase Utley and Kevin Frandsen were signing for fan appreciation night.

Yep thats a Home Run swing.  Harper knocked this one out to right center.   He got all of it, looked like it was out the moment he swung.