After a bit of a hiatus today we return to our 1964 Phillies feature. On this date 50 years ago the Phillies begin their surprising 1964 campaign 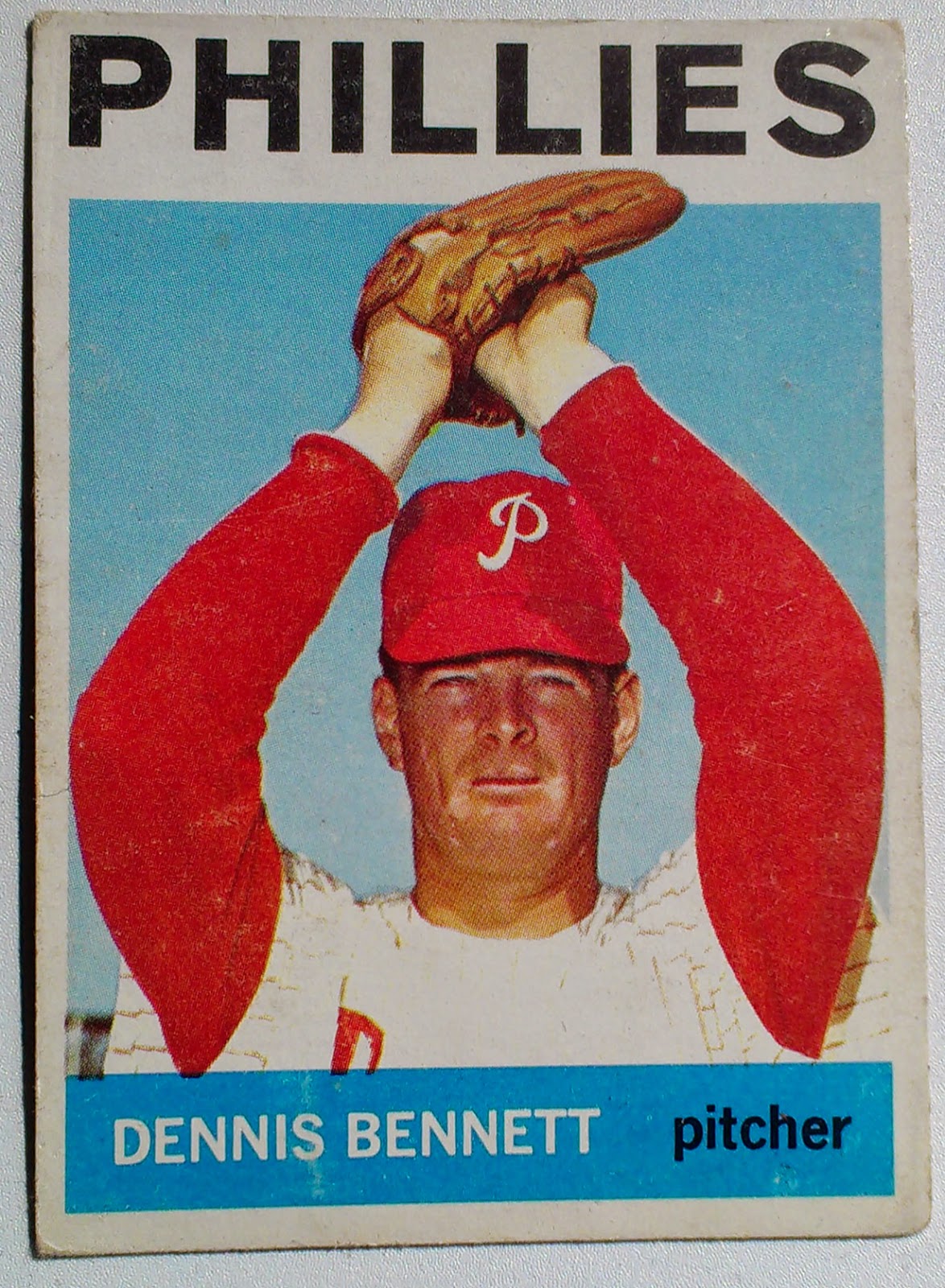 On a team that had both Jim Bunning and Chris Short, the player that earned the opening day start for the 1964 Phillies was Lefty Dennis Bennett. The Phillies beat the Mets 5-3 that day, despite the fact that Bennett only went 4 2/3 innings. Roy Sievers had the big blow that day with a 3 run homer in the first and the Phillies never trailed.

Bennett's 1964 Season got of to a great start and he ran his record to 8-4 with a 2.94 ERA by mid June. Unfortunately a nagging shoulder injury would hamper the rest of his season. By contrast, after the 20th of June Bennett was 4-10 with an ERA of 4.10.

There was one interesting highlight to a rather poor start form Dennis Bennett's 1964 season. On June 12th he wasn't able to get out of the 3rd inning, as the Mets banged him around for 5 early runs. The game ended up being a 11-3 blowout, but the otherwise miserable game did provide the opportunity for Dennis' younger brother Dave Bennett to make his Major League Debut. Dave Bennett pitched the 9th inning that day giving up a run on a pair of hits. He had a single strikeout. It was Dave Bennett's only Major League appearance.

During a recent Phillies broadcast it was noted that with Jayson Nix(younger brother of Laynce)  the Phillies have now featured 10 sets of brothers - The Bennett's were of course one of those 10 sets. 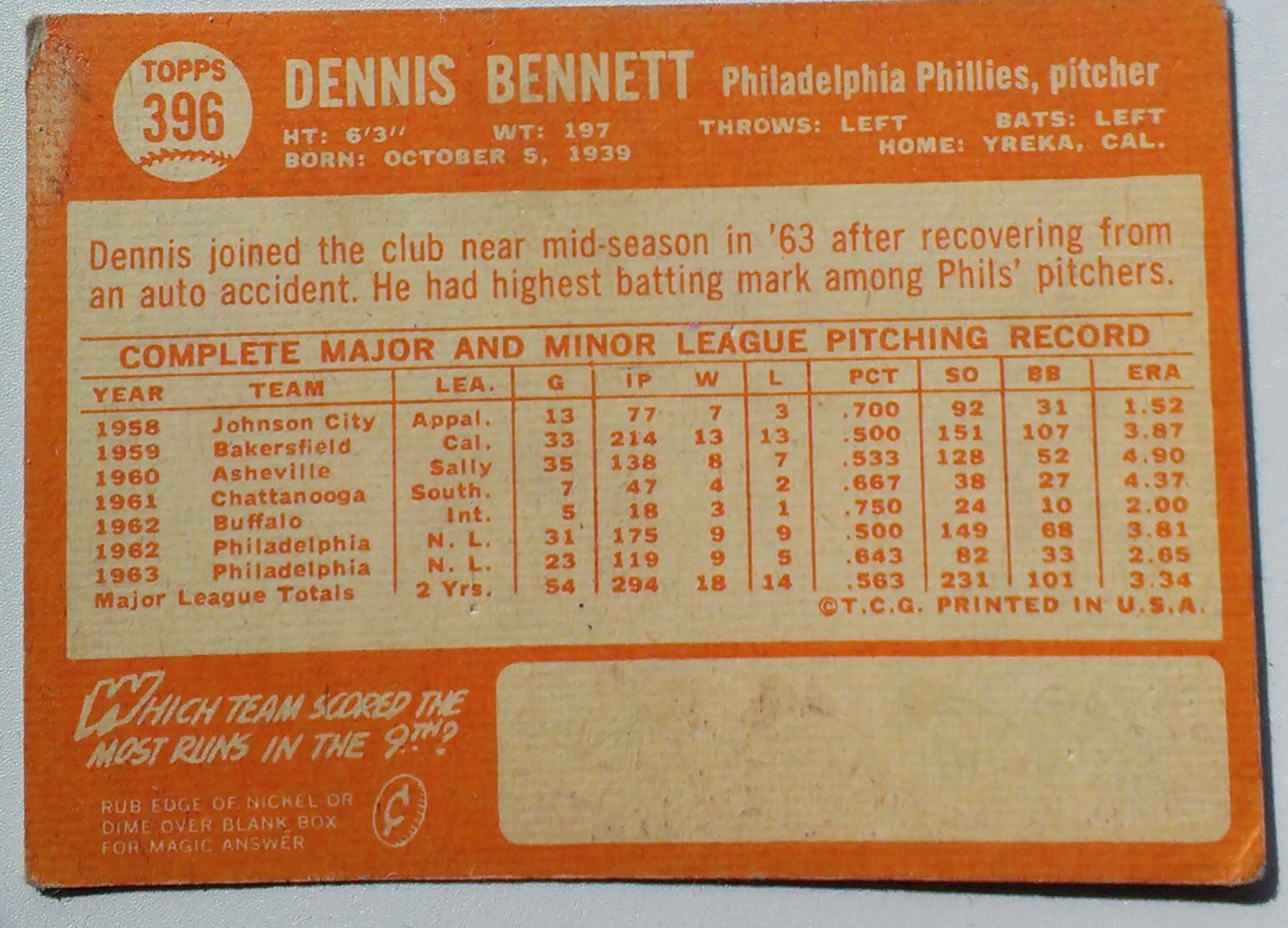 The blurb on the flip of Bennett's 64T card notes that he was recovering from an accident at the time. However, Topps doesn't tell us the whole tragic story of the incident which occurred while Bennett was in Puerto Rico playing winter ball. The driver in the accident was killed and Bennett's injuries were quite serious. He was sent through the cars windshield and broke his left ankle, collarbone and pelvis. At the time doctors suggested Bennett would never pitch again, possibly not walk.

Bennett recovered and returned to the Phillies by June of 1963. He pitched well, but the broken collarbone is what likely led to his shoulder issues that would mar the 2nd half of the 1964 season.

Since you mentioned his brother Dave Bennett, check out the back of Dave's card at the bottom of this post.

Thanks - I love that. I just assumed there was no Dave Bennet card, without even bothering to check. I forgot about all of the Pre-Rookie RC topps put out in the 1960s.