The Angels are in the Big Apple facing the New Yankees. For tonight's SNB posting we take a look at an a player who spent the bulk of his career with the then California Angels and had some big moments with the Yankees. 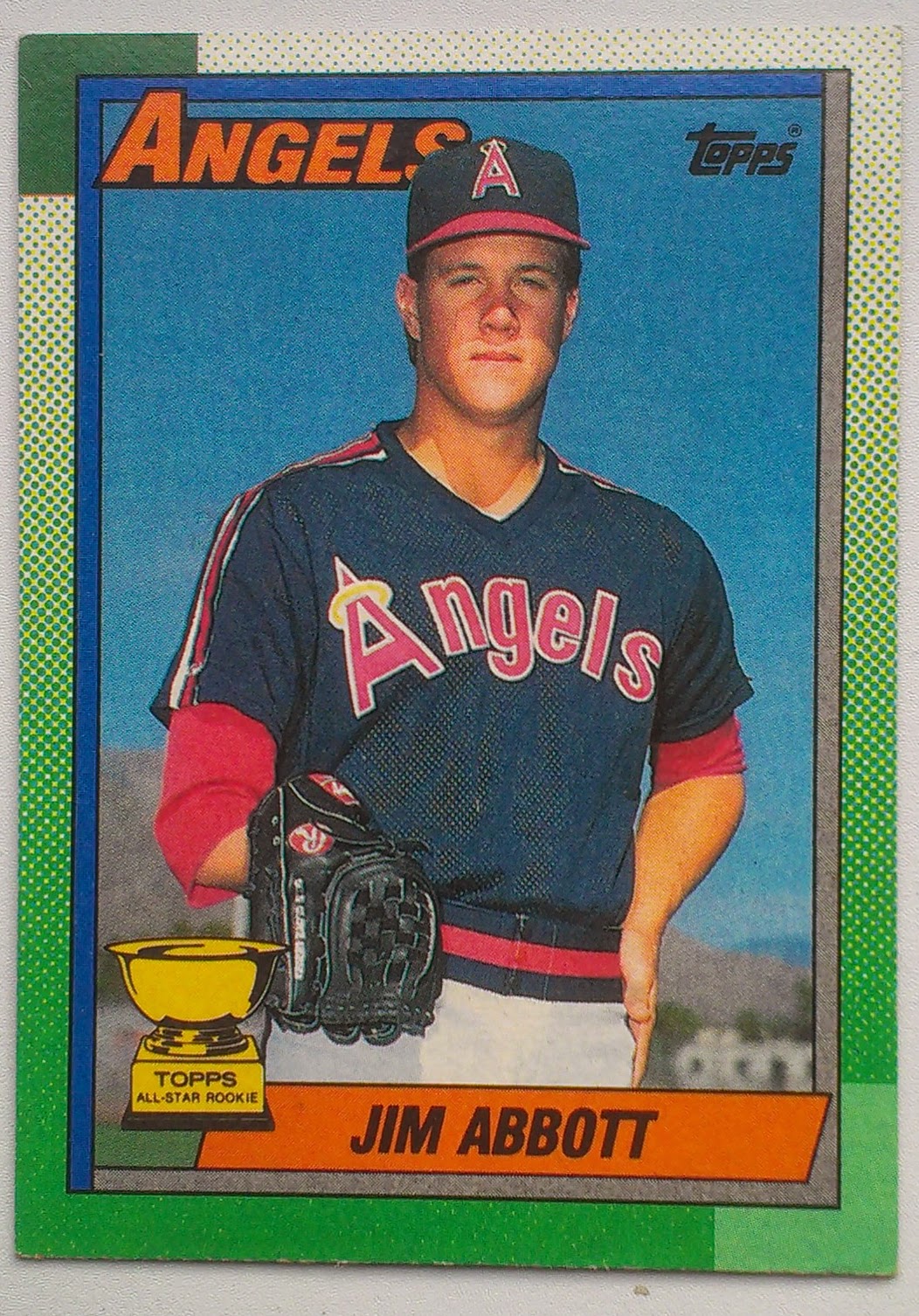 Folks likely remember Jim Abbott as a pitcher with one hand. I hope that we don't forget that he was a fine pitcher regardless of his hand count and had several career highlights.

Abbott was the 8th overall pick of the Angels in the 1988 draft. That same summer he won a Gold Medal as a member of the US Olympic Squad - it appears 1988 was a demonstration year for Baseeball.

The Left-Handed Pitcher, Batter, and Fielder made his Angels debut in 1989, winning 12 games and finished 5th in the Rookie of the Year voting behind Orioles closer Gregg Olson. Olson also won that award over the Mariners Ken Griffey Jr.

Jim Abbott has remained in the game as a Spring Training instructor for the Angels. Abbot has worked with The Department of Labor's Office of Disability Employment Policy (ODEP) and he has also developed a career as a motivational speaker.

1990 Topps
The Jim Abbot #675 Card is not his rookie card. Abbott shows up in both 1989T and he leads off 1988 Topps as card #1 and is part of the Team USA/Olympic subset. Regardless the 1990T card is significant for a couple of reasons. It has the rookie cup which  - an opportunity each player only gets once. Additionally The photo shows Abbott holding his glove up with his right forearm. It is a nice nod to Abbott overcoming tough odds to excel as a top tier athlete.

Certainly someone to admire which is more than you can say about a lot of players. Then again there are a lot of good ones in the game as well.