Bobby Doerr turned 96 a few weeks ago earlier this month and hasn't played a major league game since 1951. He was inducted into the hall of fame 28 years ago and I am guessing he is the oldest lving Hall of Famer. 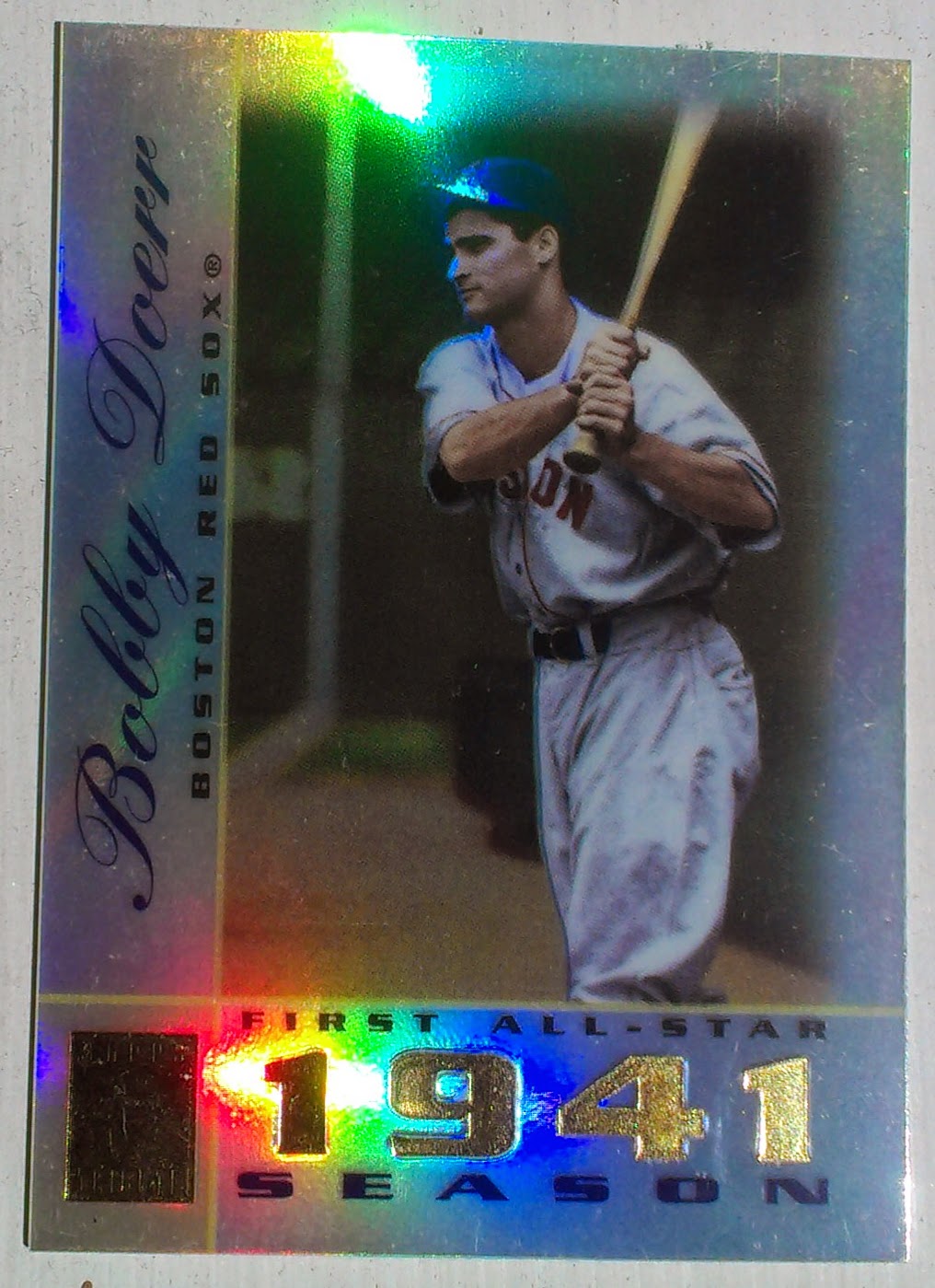 I think Doerr would fall into the borderline Hall of Fame category, He was on the ballot in various forms for close to two decades prior to falling off in 1971. Eventually he was inducted by the veteran's committee in 1986. His career Highlights include batting a slick .409 with a Home Run in his only World Series (1946) and being part of 9 all-star teams. In 1944 Doerr led he league in slugging, He was also s standout fielder who led the league in Defensive WAR in 1946.  He was never an MVP but the Sporting News named Doerr Player of the Year in 1944.

The Red Sox have a pretty basic policy regarding retired numbers. The player must have played for the team for a decade and be a member of the Hall of Fame.

Seven players fit this criteria and Bobby Doerr is among them.  Here is Doerr's number presented between Joe Cronin(#4) and Carl Yastzemski (#8)

I am a fan of these Chrome style Topps Tribute cards. The 50 Card set is made up almost exclusively of Hall of Fame players. A handful of the cards come as autograph variations - Doerr does not. Doerr, however is included in the Relic set.