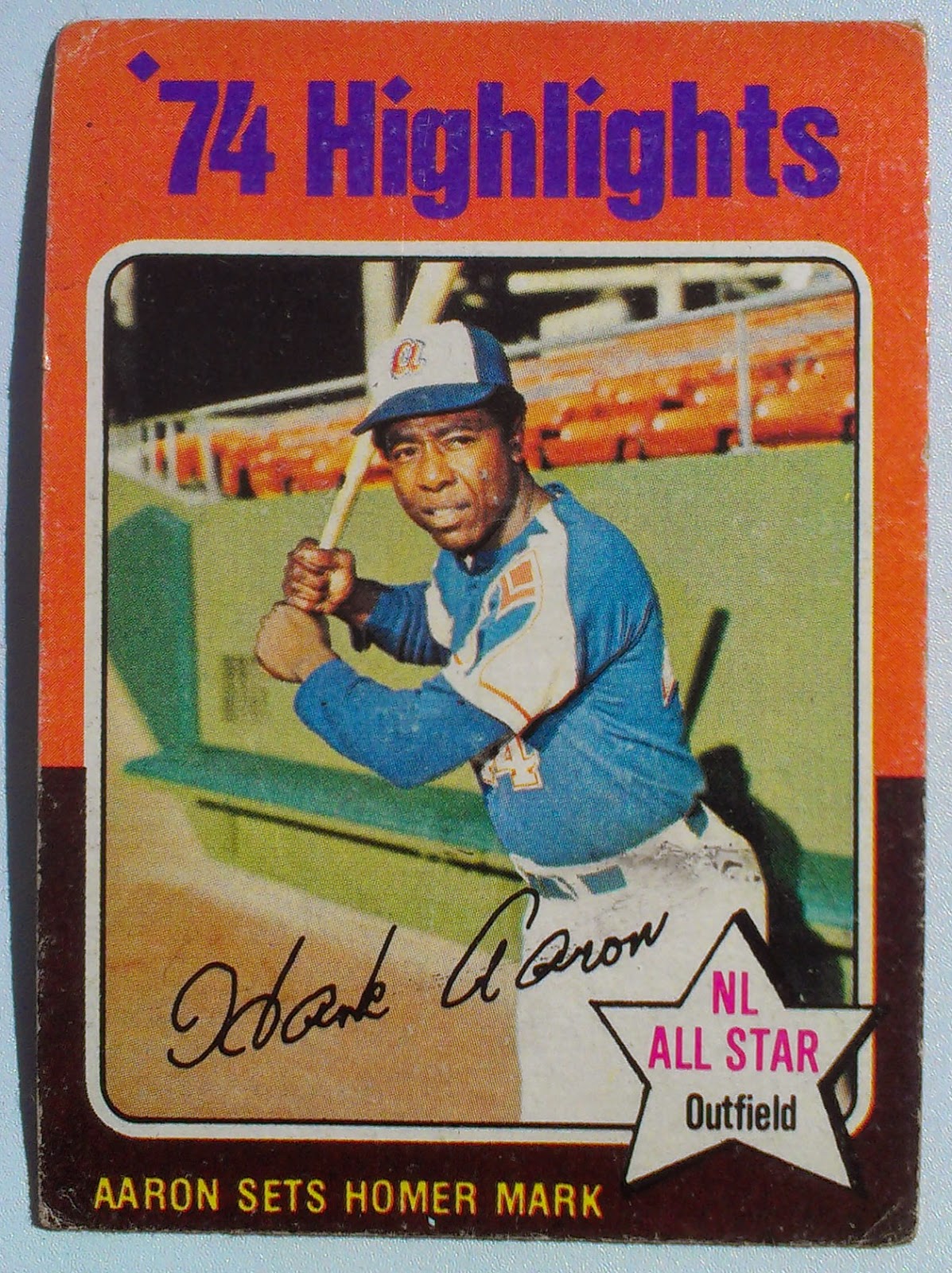 To honor the event Topps made Aaron the first card of the 1975 Set. The first 7 cards of 1975T are dedicated to highlights of the 1974 season, with a newsprint style synopsis of each event on the reverse: 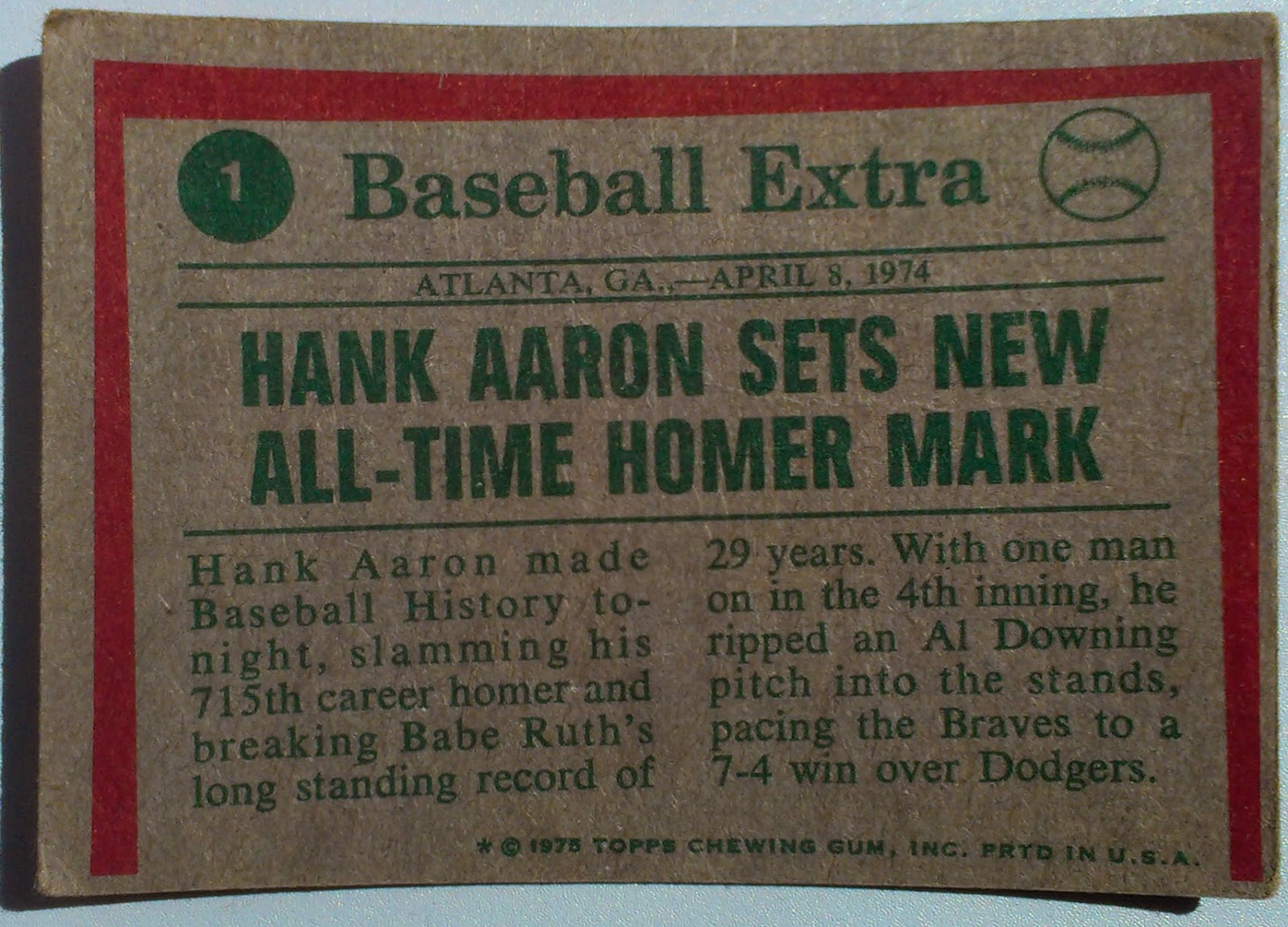 For a very enjoyable trip down memory lane check out archive.org which has a couple of radio calls of Aaron's historic homer including a tremendous one by Vin Scully. The Hall of Fame broadcaster's call starts at the 52 second mark of the audio, and for me is the best of the three.
.
Topps had put together Baseball Highlight subsets previously, but I think 1975 is the first time they were dedicated to the previous season. Just a few weeks ago we talked about an Aaron card from a similar 1959 Topps subset.

Brewers
The Phillies are hosting Milwaukee this week making this a good time to feature Hank Aaron's other 1975 Topps card: 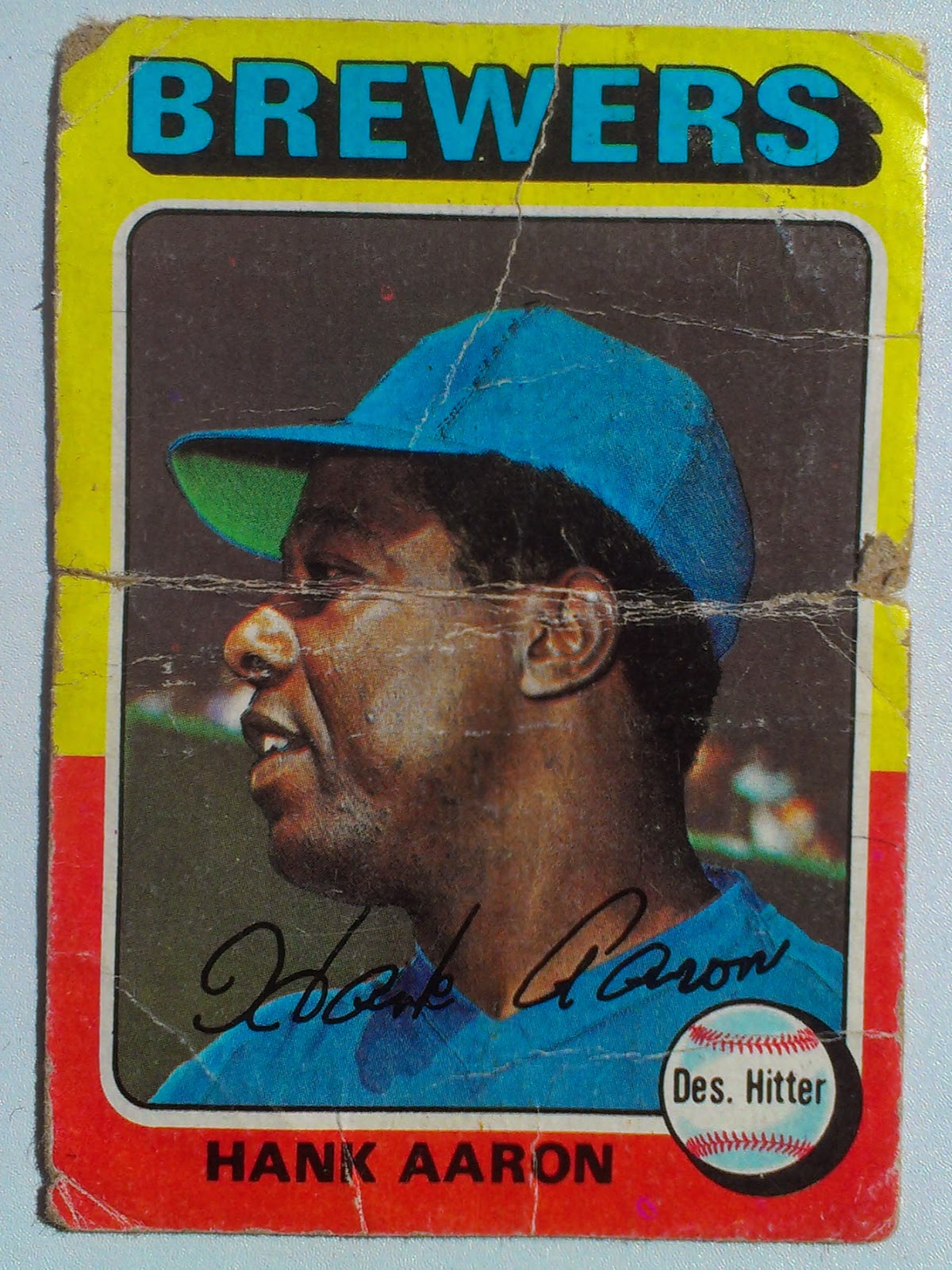 That is one loved card right there.

After Aaron hit his record breaking Home Run he finished out the 1974 season with the Braves and was traded to the Brewers during the Off Season. The trade returned Aaron to Milwaukee where he started in Major League career before the Braves moved to Atlanta.

Phun Phact
Hank Aaron was on the first and last card of 1975 Topps,  similar to Ted Williams who served as the bookends for the 1954 Set.