Today marks the 67th anniversary of the day that Jackie Robinson debuted with the Brooklyn Dodgers. To honor the occasion players across the Majors will be donning Robinson's retired #42 for one game. 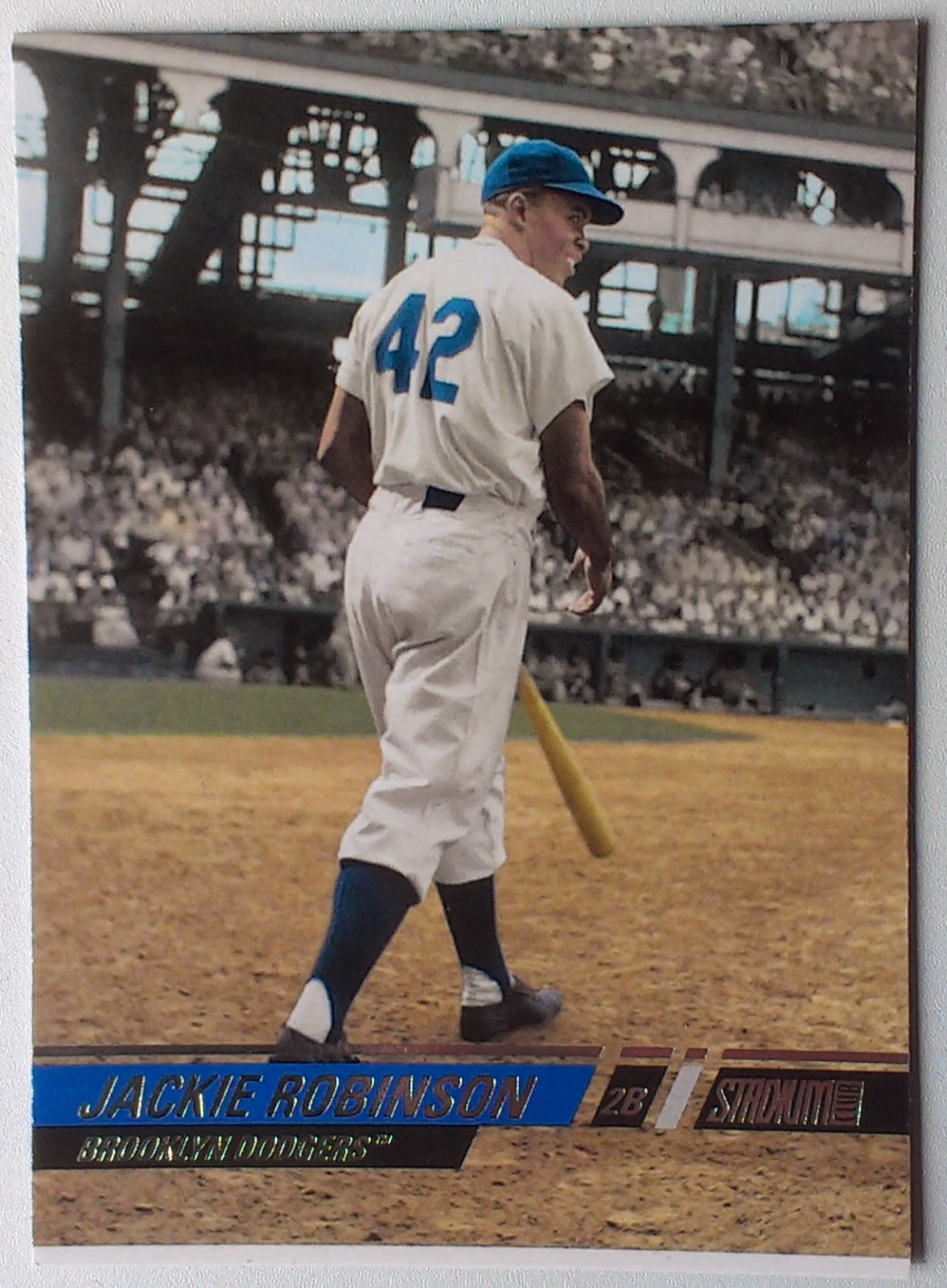 I am typically not a fan of photos taken from the back of the subject, but this one works. First off we see Robinson's 42 which has of course been a significant symbol of courage and progress. And despite the shot being from behind, we still see a bit of Robinson's face. As a bonus he also appears to be smiling as he approaches the plate.

I am not sure what exactly was done with the photo, whether it was colorized or if perhaps Topps accented Robinson, but he pops off the rest of the card.

Stadium Club
Topps has announced that they are bringing the brand back for 2014. The 2008 edition featured above was a bit crazy - It had a very high Hobby Price of $25/pack while retail went for a more budget friendly $3. In 2014. It appears that the new edition due out just in time for the Playoffs on October 1, will be Hobby only and has strange configuration. The brand has been known for it's photography in the past, I look forward to weeing what Stadium Club can bring us this year.