The weekend of September 26-28 The PhillyShow returns to the Valley Forge Convention Center (and now casino) for one their tri-annual visits. As time marches on the card show is becoming more of an autograph show which I have some quibbles with, but I won't let that keep me from mentioning a few guests.

This edition of the autograph portion of the show features a no-hitter theme.  Roy Halladay, Tommy Greene, and Terry Mulholland are all scheduled to appear - For a mere $3000 you can get special VIP access to a private autograph session with five of the Phillies No-Hit pitchers. 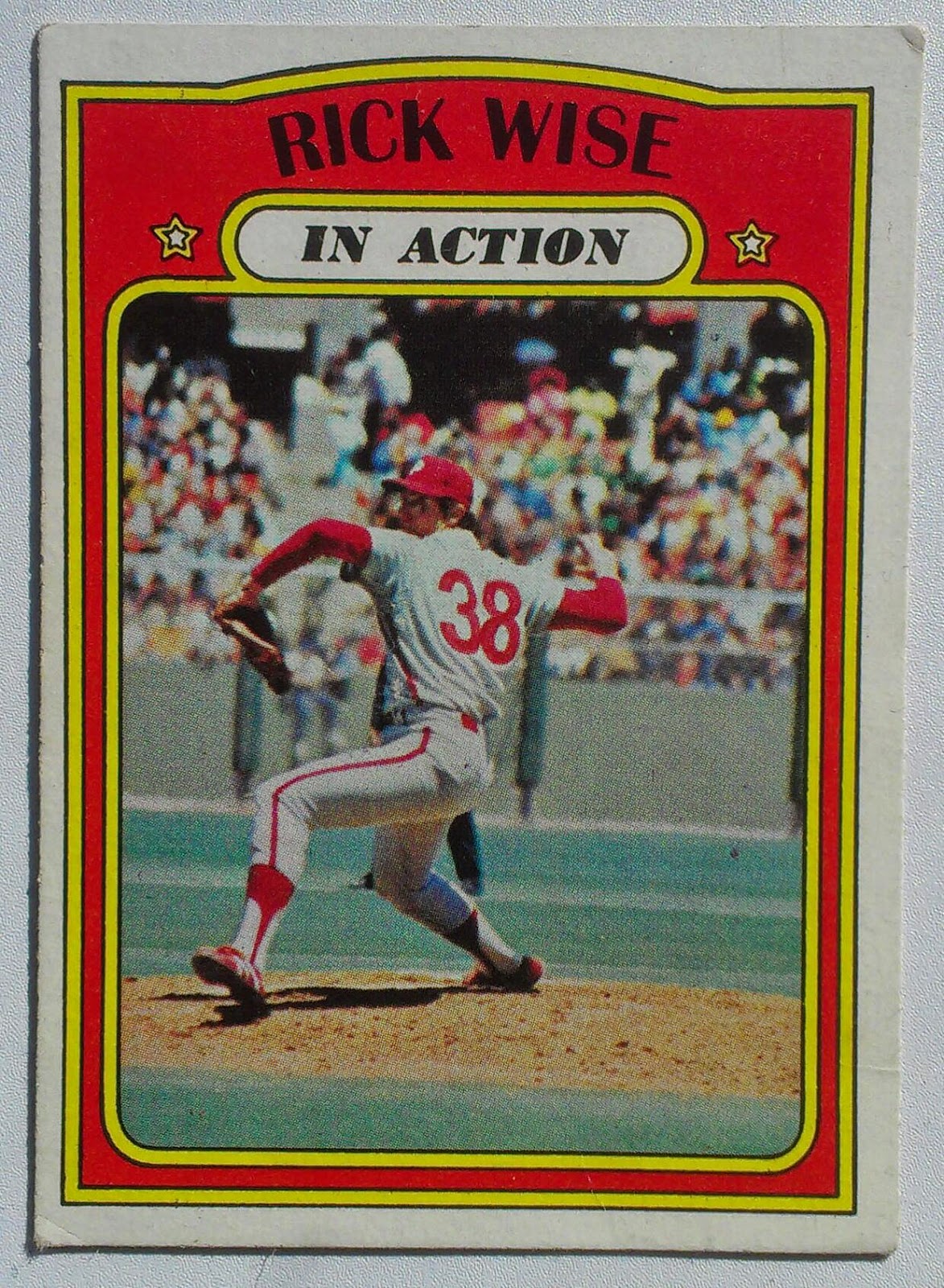 One of the guests included in the No-Hit Quintuplet is Rick Wise. I was a bit surprised to find out that Wise made his debut with the 1964 Phillies. He and Jim Bunning are both members of the crossover between the handful of 1964 Phillies and No-Hit pitchers that will be at the show.

Rick Wise and Jim Bunning bare a connection in no-hitter history. As a rookie in 1964 Rick Wise made his second career start in the latter game of the Double-header in which Jim Bunning pitched his perfect game.

A mere two days past the 7th anniversary of the Bunning Perfecto, Rick Wise would throw his own No-Hitter, and it was done in spectacular fashion.  Most importantly, Wise shut down a star laden Reds line-up that featured 2 future Hall of Famers (Johnny Bench & Tony Perez) and MLBs all-time hits leader Pete Rose. Wise also hit not one but two Home Runs that day. He accounted for 3 of the Phils 4 runs in the 4-3 victory.

Wise did get to the World Series but not for the Phillies. As most folks know he was traded to the St Louis Cardinals for Steve Carlton - he was later traded to the Boston Red Sox. As a member of the Bosox Wise got the W versus the A's in the deciding game of the 1975 ALCS. In the ensuing World Series Wise was awarded the Win as a reliever for game 6 - The legendary Carlton Fisk game.

Following his playing career Wise stayed in baseball holding various coaching positions in the A's organization. He also coached in the Independent Atlantic league for the nearby Lancaster Barnstormer.  Wise retired from coaching in 2008.

Phun Phact
Rick Wise was traded for two Hall of Famers. In addition to Carlton Wise was also involved in a trade for Dennis Eckersley just prior to the 1978 season


1972 Topps In Action
The In Action Sub/Insert Set consisted of 24 cards in 1972 Topps that Paralleled a base card of the subject. In 2011 the late Chris Stufflestreet authored this post that summarizes the card backs associated with the 1972T IA cards.