I let myself get suckered into picking up one of those 5+2 megaboxes of Updated/Chrome Update. Between the 7 packs I came up empty for Phillies - and really no former Phillies either :(

There are some minor highlights - pix below 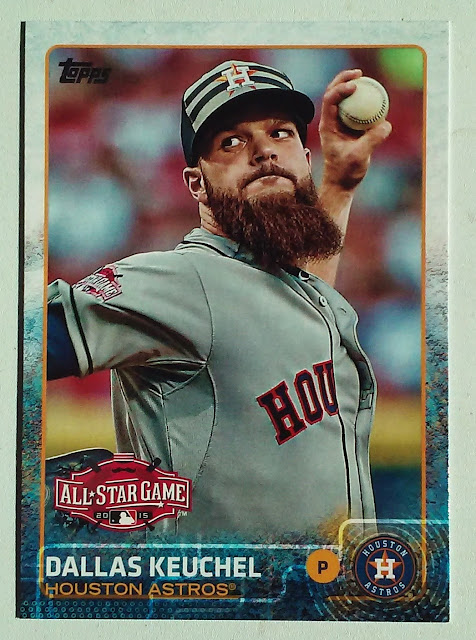 Starting out with a couple of the Update cards. Keuchel is  the man who became the ace of the Astros. I am much happier with the shot selection for the 2015 All-Star cards. A year ago I think Topps was restricted to Practice Day photos, and there didn't appear to be enough selection. 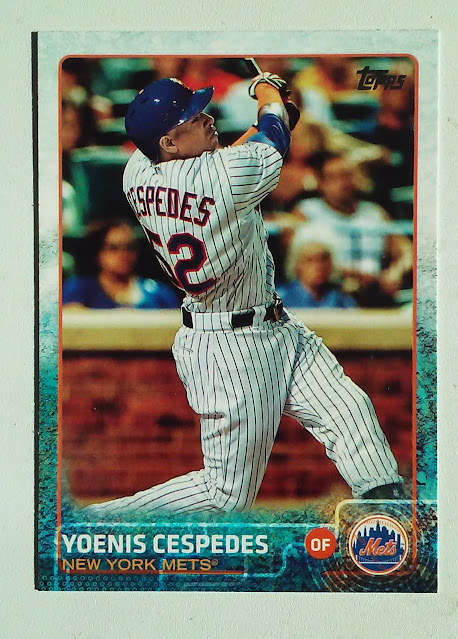 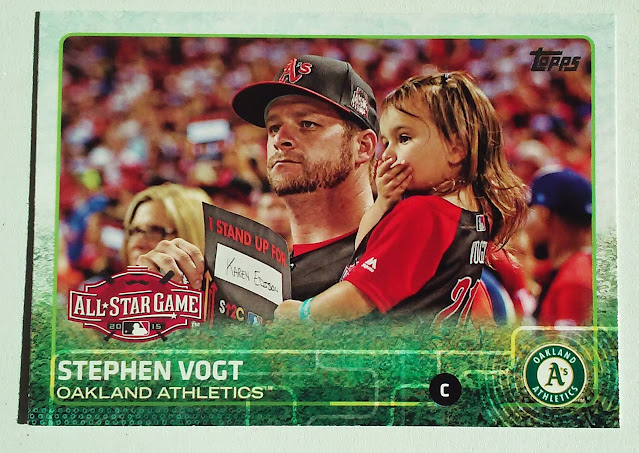 Another All-Star card, this is an interesting shot of A's catcher Stephen Vogt with I assume his child. The two of them are holding a placard for MLBs Stand Up 2 Cancer campaign. 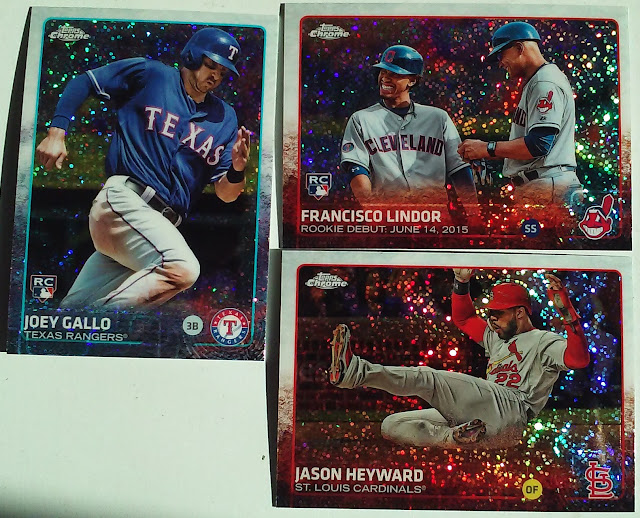 These are this years special Chrome Cards. One advantage of photographing over scanning for these is you can capture the sparkles at a variety of angles. Three Pictures of the same card could have quite different results. 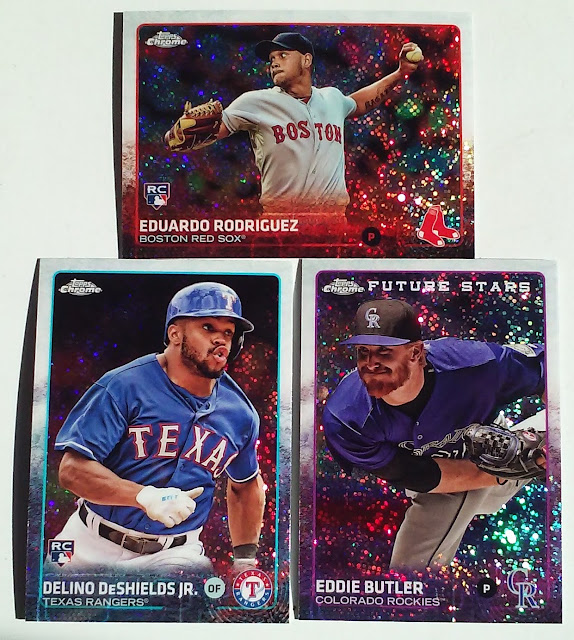 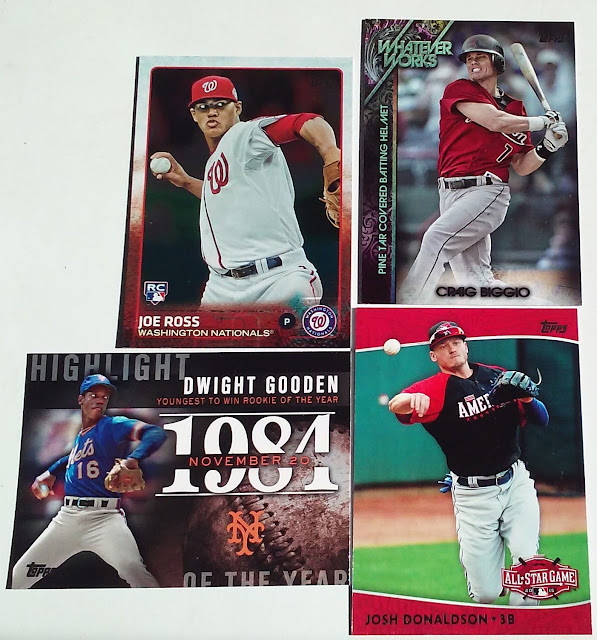 The Ross card is a parallel out of one of the base packs. Whatever Works for Craig Biggio is his dirty helment. 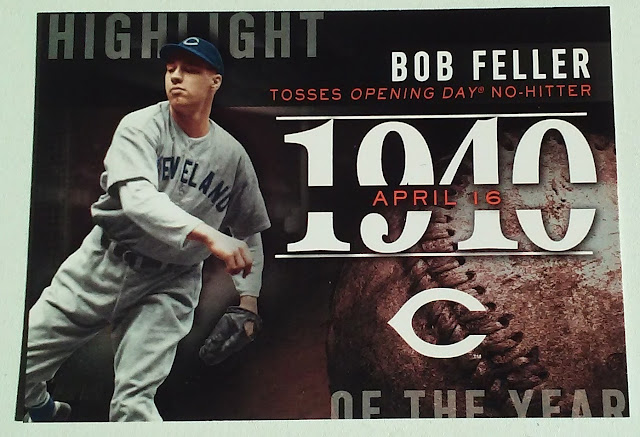 The Bob Feller card above will likely get covered in a future No-Hitters posting. 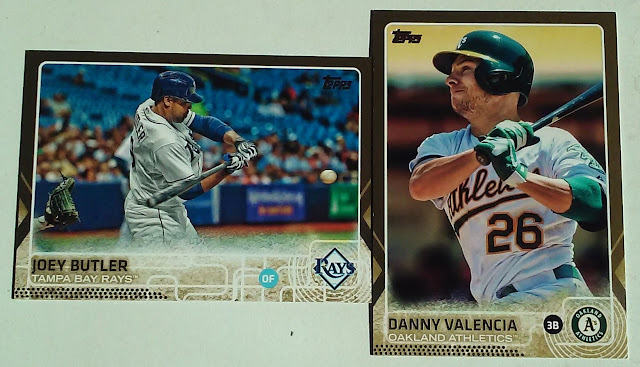 Gold Cards from flagship - both numbered to 2015. 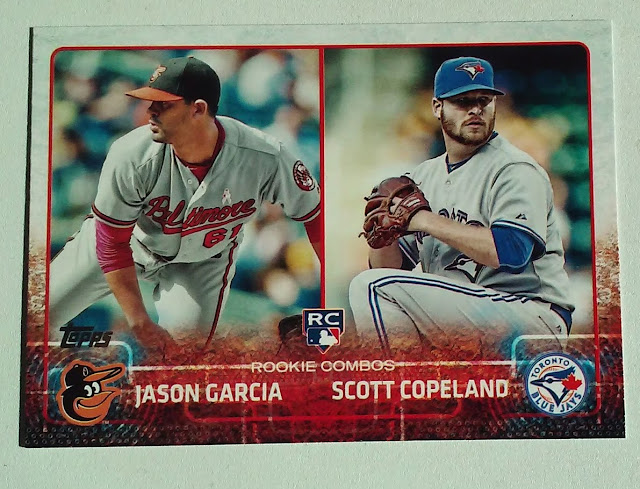 Apparently Dual RCs are in Update. I don't recall seeing these in the first 2 series of 2015T. 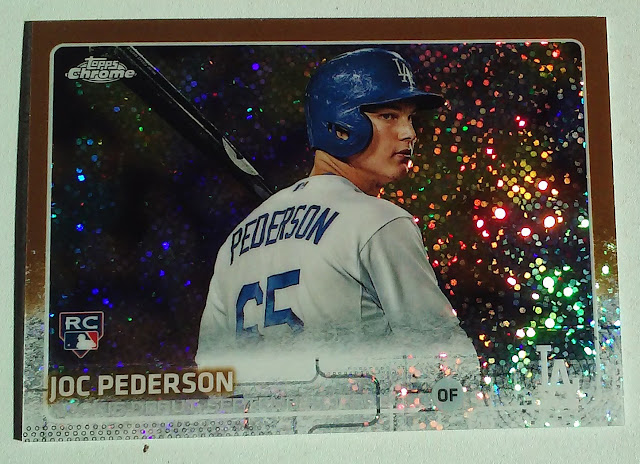 This is one of the Gold Versions of Chrome Update - numbered to /250. 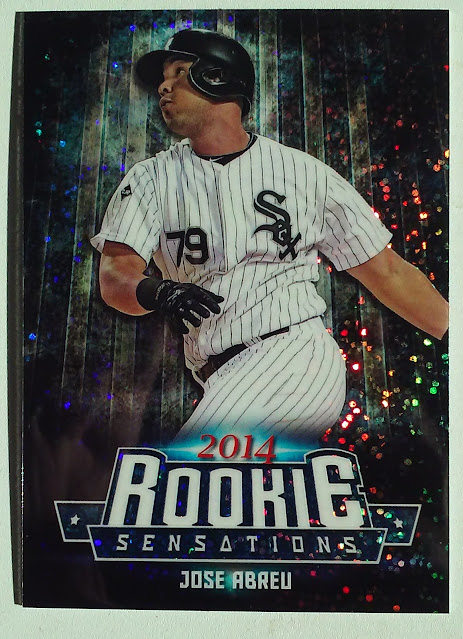 I believe Rookie Sensations is the common insert for Chrome Update.

I pick up a couple of packs of Update each year, adding these few packs from the MegaBox along with the 8 ChroUp cards will probably conclude my new pack purchases for the year.

Sources and Links
Cardboard Connection
Posted by deal at 9:17 PM

Yes something tells me that card Is going to end up as an insert for a pack of 2016 Phungo headed North.

That Lindor card is nice and so are the all-star cards.