Last week Curtis Granderson added his name to the list of players who have November Homers, a list that is headed by Chase Utley. 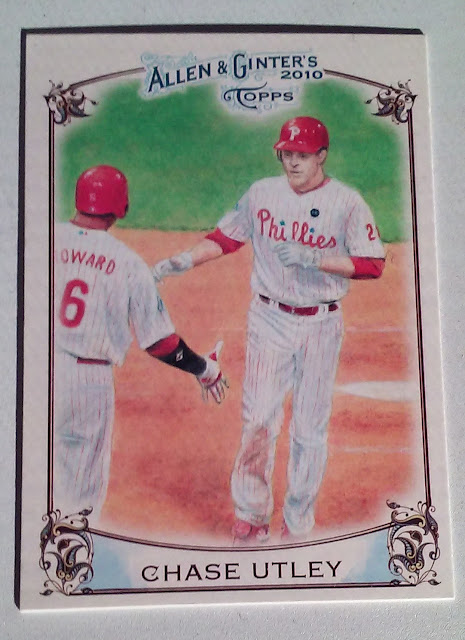 During the 2009 World Series Utley hit five Homers, three of which occurred in 2 November games in Philadelphia.

Home Runs 4 and 5 were both hit in Game 5, the most recent World Series Game won by the Phillies and the most recent Series game hosted in Philadelphia. Team Phungo was happy to be at that game and you can read about that very enjoyable night here. 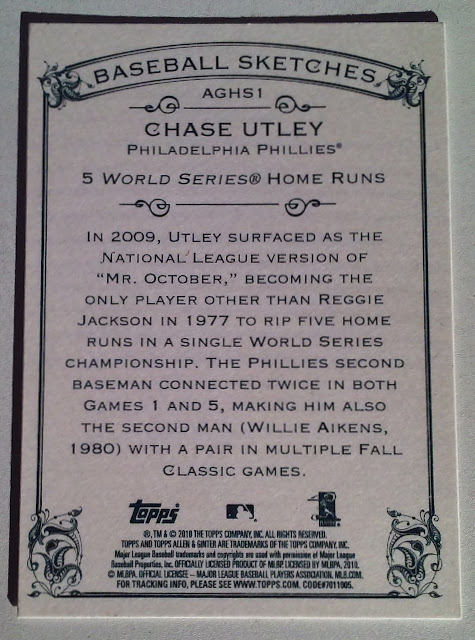 The flip side of the card goes into a some additional details including the Mention of Mr October, Reggie Jackson, who is the only other player to previously hit five homers in a Series. 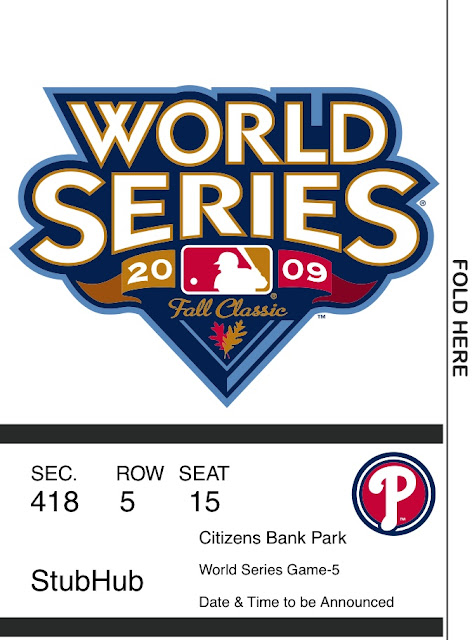 This card is a member of one of my favorite collections: The Phungo Game Collection which is the narcissistic set of cards devoted to games that Team Phungo was fortunate enough to attend. Above is a snapshot of the e-ticket I picked up for the game. I miss hard tickets, but do realize that the time marches on. I do have a paper ticket to this game but it isn't the same as the ones issued by the teams/league.

The Index of Phungo Game Cards can be found here.

Chase Utley
He is gone but not forgotten. I have a couple of player collection and this posting will act as an index to the Chase Utley related cards in the Phungo Collection